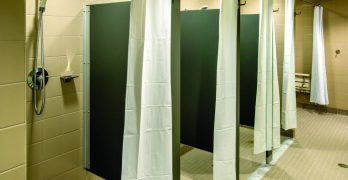 By Tom Strode, Baptist Press WASHINGTON (BP) -- The Obama administration has issued an order today (May 13) instructing all public schools to permit transgender students to use the restrooms and locker rooms of their gender identity instead of their biological sex. The across-the-board directive, reported first by The New York Times Thursday night (May 12), met quick protests from Southern Baptist leaders. Ronnie Floyd, president of the Southern Baptist Convention, described the federal guidance as "an outrageous attack on our Creator Himself, human sexuality and morality, and an advancement of the attack against religious freedom." "Gender is not fluid.... Gender is not a human choice, but a gift from God to each of us," Floyd said in written comments for Baptist Press, adding the directive "contributes to the continual chaos in our society." "This is a flagrant and despicable attack on not just the present generation, but also the next generation," Floyd said. "Every Christian in America or anyone who has any conviction about morality needs to rise up and say, 'Enough is Enough!'" Russell Moore, president of the Southern Baptist Ethics & Religious Liberty Commission, described "the decree from the Obama Administration … END_OF_DOCUMENT_TOKEN_TO_BE_REPLACED

DENVER (Christian Examiner) – A Lakewood, Colo., baker who refused to bake a cake for a gay wedding because same-sex marriage violated his religious beliefs will not have his case heard before the Colorado Supreme Court. Jack Phillips, owner of Masterpiece Cakeshop, was found guilty by the Colorado Civil Rights Commission of having discriminated against Charlie Craig and David Mullins in 2012 when the two planned to wed in Massachusetts, but then hold a post-wedding celebration in Colorado. They asked Phillips' shop to bake a cake, but he refused. That refusal led to a court case in which Colorado Judge Robert Spencer ordered the baker in 2013 to "cease and desist" discrimination against same-sex couples, an act he said was illegal under state law. To read the rest of the story, click here. … END_OF_DOCUMENT_TOKEN_TO_BE_REPLACED

By Michael Foust, Christian Examiner CHICAGO (Christian Examiner) -- A petition calling for a boycott of Target because of its new transgender bathroom policy soared to nearly 700,000 signatures Tuesday morning, as the retailer continued to get pushback from customers who say the rule endangers women and children. Under the new policy, people can use whichever restroom corresponds with the gender identity they choose. Launched April 20, the American Family Association petition reads simply, "Target's store policy endangers women and children by allowing men to frequent women's facilities. Until Target makes the safety of women and children a priority, I will shop elsewhere." To read the rest of the article, click here. … END_OF_DOCUMENT_TOKEN_TO_BE_REPLACED

By Gregory Tomlin, Christian Examiner AUSTIN (Christian Examiner) – Video cameras are everywhere, including over the checkout line of an Austin, Texas, Whole Foods Market. That's particularly bad news for an openly-gay pastor who claimed in a video April 14 that he purchased a personalized cake at the store only to find that it had been inscribed with an anti-gay slur. Jordan Brown, who leads the "affirming" congregation known as Church of Open Doors, said he discovered the phrase "Love Wins Fag" on the cake only after he left the store. In his original video, he claimed the cake was in its sealed container with an intact label over the lower lip of the box. To read the rest of the article, click here. … END_OF_DOCUMENT_TOKEN_TO_BE_REPLACED

By Leonardo Blair, Christian Post MINNEAPOLIS, Minn. (Christian Post) — Minnesota-based retail giant Target announced Tuesday that transgender people are free to use the bathrooms and fitting rooms in their stores that match the gender they identify with, not their sex. "We believe that everyone — every team member, every guest, and every community — deserves to be protected from discrimination, and treated equally. Consistent with this belief, Target supports the federal Equality Act, which provides protections to LGBT individuals, and opposes action that enables discrimination," Target argued in a statement posted on the company's corporate website. "In our stores, we demonstrate our commitment to an inclusive experience in many ways. Most relevant for the conversations currently underway, we welcome transgender team members and guests to use the restroom or fitting room facility that corresponds with their gender identity," the company added. To read the rest of the article, click here. … END_OF_DOCUMENT_TOKEN_TO_BE_REPLACED

By First Liberty Institute communications ATLANTA - Today, First Liberty Institute and the law firm of Parks, Chesin & Walbert filed a lawsuit on behalf of Dr. Eric Walsh against the Georgia Department of Public Health, alleging that state officials engaged in religious discrimination against Walsh by firing him over the content of his sermons. Read more about this case and view lawsuit: firstliberty.org/walsh Eric Walsh is a public health expert with multiple advanced degrees who served on President Obama’s Presidential Advisory Council on HIV/AIDs. In May 2014, Walsh accepted a position with Georgia’s Department of Public Health (DPH) to be the District Health Director for Northwest Georgia. A week later, Georgia state officials requested copies of sermons he had preached as a lay minister in the Seventh Day Adventist Church. Topics covered in the sermons included following God, having compassion on the poor, health, marriage, sexuality, world religions, science, creationism, and more. In an email, the DPH Director of Human Resources assigned several of Dr. Walsh’s sermons to employees to review and critique. (View email) The day after Dr. Walsh provided sermons to the state, government officials informed Dr. Walsh that … END_OF_DOCUMENT_TOKEN_TO_BE_REPLACED

By Alliance Defending Freedom staff DETROIT – Alliance Defending Freedom attorneys representing a Michigan funeral home asked a federal court Thursday to dismiss what remains of an Equal Employment Opportunity Commission lawsuit against the business’s sex-specific dress code, which requires employees to dress in a manner sensitive to grieving family members and friends. “The government should respect the freedom of Americans who are serving the grieving and vulnerable,” said ADF Legal Counsel Doug Wardlow. “The funeral home’s dress policy is legitimate, understandable, and legal. Numerous courts have recognized that companies may differentiate between men and women in their dress and grooming policies without violating Title VII, the federal law that prohibits sex discrimination in employment.” “The former employee who filed a complaint with the EEOC was at all times free to dress as desired outside of work,” added ADF Legal Counsel Caleb Dalton, “but was required, as all other employees are, to abide by the dress policy while on the job.” R.G. & G.R. Harris Funeral Homes has locations in Detroit, Garden City, and Livonia. Preferred Funeral Directors International awarded it the Parker Award in 2011 for … END_OF_DOCUMENT_TOKEN_TO_BE_REPLACED

By Bradford Richardson, The Washington Times PayPal drew a line in the sand when North Carolina enacted a law prohibiting people from using the restrooms of the opposite sex, but critics say that line got washed away on the shores of Malaysia, a nation that consistently ranks among the least LGBT-friendly in the world. The company canceled its plan to build a global operations center in Charlotte after the passage of HB2, which CEO Daniel Schulman called discrimination against the transgendered. He noted that the move would cost North Carolina 400 well-paying jobs. The changing face of the American middle class But Malaysia’s Penal Code 187 — which punishes homosexual conduct with whippings and up to 20 years in prison — did not stop PayPal from opening in 2011 a global operations center there that it estimated would employ 500 workers by 2013. “We chose Malaysia because of its highly skilled, globally competitive and multilingual workforce, in addition to a world-class business environment and technology infrastructure,” John McCabe, senior vice president for global operations, said at the time. But PayPal is not an isolated corporation, nor is Malaysia an isolated country. Read more.   … END_OF_DOCUMENT_TOKEN_TO_BE_REPLACED 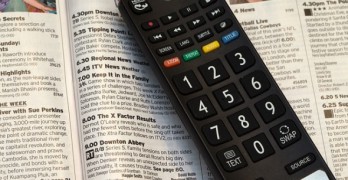 By Michael Foust, Christian Examiner LOS ANGELES (Christian Examiner) – Parents who believe television content has grown coarser in recent years now have data confirming their suspicions, and it shows that one of the elements meant to assist families – the ratings system – has actually made things worse. The 29-page report by the Parents Television Council (PTC) compared a two-week period of programming in 1997 – the first year of the ratings system – to a similar two-week stretch in 2014 and found that: The number of hours of TV-G programming fell 100 percent, from 27 hours in 1997 to 0 hours in 2014. The number of hours of TV-PG shows decreased 39 percent, while the number of hours of TV-14 shows increased 160 percent. Every hour of content on broadcast primetime TV is rated either TV-PG or TV-14, meaning that broadcasters recommend all of their programming for either young teens or children – a concept that many parents would find objectionable. To read the rest of the article, click here. … END_OF_DOCUMENT_TOKEN_TO_BE_REPLACED 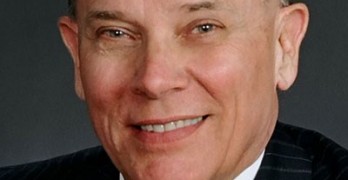 By O.S. Hawkins DALLAS — The U.S. Supreme Court will hear GuideStone’s Supreme Court case on Wednesday, March 23 — right before Easter. The High Court will have to decide whether the government can force GuideStone to provide drugs that can be easily obtained through the government’s own health care exchanges. How did we get to this place? For nearly 100 years, GuideStone has provided generous, Christ-centered health and retirement benefits to Baptist ministries. Today those benefits include more than ten different contraceptive methods that are consistent with GuideStone’s commitment to pro-life principles. But for the government, that is not enough. The government wants to force Baptist ministries to turn their values-driven GuideStone health care plan into a vehicle for delivering deadly, abortion-causing drugs like the “morning-after pill” and even the “week-after pill.” The government won’t require ministries to pay for the drugs, and for that reason it claims it has given ministries an “opt-out.” But truthfully, it is an “opt-in,” because the government would still use GuideStone’s plan to deliver these drugs to the staff and families of Baptist ministries — including their daughters as young as 10. Was … END_OF_DOCUMENT_TOKEN_TO_BE_REPLACED

By David Jeremiah EL CAJON, Calif. (BP) - Something strange happens to the psyche of a nation in difficult times. The downtrodden begin to resent government and wealthy corporations and individuals, seeing them as out of touch with, if not the cause of, their plight. Desperation can lead to a reversal of … END_OF_DOCUMENT_TOKEN_TO_BE_REPLACED