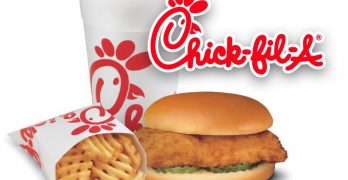 By First Liberty Institute San Antonio, Texas — The FAA’s Office of Civil Rights announced May 24 that it has opened an investigation into San Antonio’s decision to ban Chick-fil-A from a concession contract at its airport.    The action comes in response to a March request by the First Liberty Institute to Secretary of Transportation Elaine Chao after the San Antonio City Council banned the popular restaurant from opening a  location at the airport because of the chain’s religious viewpoint.   Keisha Russell, an associate counsel for the First Liberty Institute, said the legal group was pleased that the “blatant, illegal religious discrimination against Chick-fil-A” was being addressed.   “American business owners should not have to suffer because they want to operate their businesses in accordance with their religious beliefs,” she said via a press release. “Few things are more un-American than government hostility against religion.”   First Liberty Institute is the largest legal organization in the nation dedicated exclusively to defending religious freedom for all Americans, according to the First Liberty Institute website. … END_OF_DOCUMENT_TOKEN_TO_BE_REPLACED 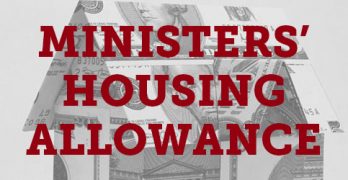 By Will Hall, Message Editor The ministerial housing allowance allowed by the IRS has been upheld by the 7th U.S. Circuit Court of Appeals in Chicago after being struck down for the second time by the same federal jurist for the Western District of Wisconsin. U.S. District Court Judge Barbara Crabb, appointed in 1979 by President Jimmy Carter, had ruled in 2017 and before that in 2013, that the housing allowance was a violation of the Establishment Clause of the First Amendment in the U.S. Constitution. In the first case, the 7th Circuit Court ruled that the Freedom from Religion Foundation, an atheist group which brought the suit, did not have standing because they could not show harm from the benefit being extended to clergy. But the court did not rule on the constitutionality of the housing allowance. This time, FFRF executives applied for the housing allowance and were denied the benefit that permits “ministers of the gospel” to deduct housing-related expenses from their taxable income when filing with the IRS. But a three-judge panel, all Republican appointees, was not sympathetic to the FRFF’s claim that the Internal Revenue Code 107(2) tax break for religious leaders effectively “renders unto God that which … END_OF_DOCUMENT_TOKEN_TO_BE_REPLACED 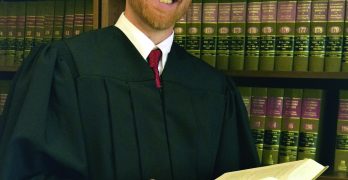 By Will Hall, Message Editor In a stunning upset victory, a Christian candidate for the Wisconsin Supreme Court won his election despite being outspent and vilified in the media as a “bigot” because of his religious convictions, which include support for traditional marriage, National Review reported. Conservative Brian Hagedorn still faces a recount because of his narrow 6,000-vote victory among 1.2 million votes cast, but experts say statistically it is unlikely the election will be overturned barring any major error in reporting by precincts. Just a year ago his liberal opponent, Lisa Neubauer, led by 12 percentage points and appeared unstoppable. But she and outside liberal groups viciously attacked Hagedorn for his Christian beliefs, with the help of the secular media, accusing him of supporting hate groups because he founded a Christian school and spoke to Christian and conservative groups that support traditional marriage. But voters apparently rejected the anti-Christian bigotry at the grass roots level in the state which ranks in the bottom half of states in terms of church attendance by the population. By state law Neubauer can still request and pay for a recount because the vote margin was less than one … END_OF_DOCUMENT_TOKEN_TO_BE_REPLACED 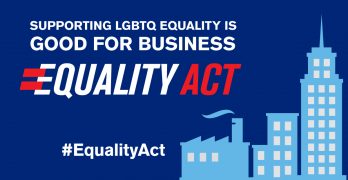 By Will Hall, Message Editor ALEXANDRIA (LBM) ­­‑ Congress is considering legislation known as the Equality Act that Christian leaders say contains provisions which would marginalize the religious rights of people of faith in favor of those who identify as LGBT. Filed as H.R. 5, the bill would force business owners such as bakers and florists in the wedding industry to provide services that celebrate gay marriage, they said. Likewise, Christian hospitals would be mandated to perform sex reassignment surgery, and religious schools would have to abandon conduct codes and hiring standards that support their spiritual missions. Meanwhile, women athletes would have to compete against biological men who wish to identify as females. The bill would even regulate what pronouns have to be used when addressing someone who does not want to be identified with his or her biological sex. Importantly, parents could be compelled to allow children to undergo sex reassignments or face losing custody rights. In a letter, a coalition of 84 religious leaders urged Democrat and Republican leaders of the House Committee on the Judiciary to oppose the bill. The group assured the lawmakers that “people of faith … believe that all people … END_OF_DOCUMENT_TOKEN_TO_BE_REPLACED 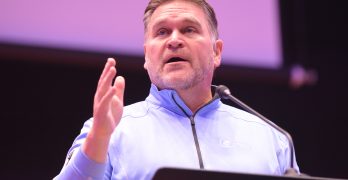 By Brian Blackwell, Message Staff Writer PINEVILLE – Don’t be satisfied for a participation trophy, but rather to always strive to become a champion for Christ. John Fream, pastor of Cypress Baptist Church in Benton, challenged students at Louisiana College campus revival March 12-14 to go all out for Jesus Christ and hold nothing back. “What God has called us to is to be are champions in everything we do,” said Fream. “Do everything you can to be your best for the glory of God. We’re not called just to participate. Part of the problem in the Christian world is that we think we’ve just got to show up, to just do enough so we can get an award because we participated. No, we need to be the best in everything that we do.” Drawing off 1 Corinthians 9:24-27, Fream said the only way to become a champion is to place one’s trust in Christ. “Nothing else compares to that,” Fream said. “What does it profit a man or woman to win a Super Bowl, to win a Grammy, to win an Oscar, to make millions and millions of dollars, but yet lose their soul for eternity?” Fream said some of life’s greatest leaders possessed five common traits that set them apart from others: incredibly focused, a “can-do” attitude, hard work, power of … END_OF_DOCUMENT_TOKEN_TO_BE_REPLACED 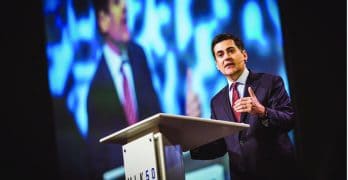 By Staff, Baptist Message MEMPHIS, (LBM) –The Ethics and Religious Liberty Commission of the Southern Baptist Convention partnered with The Gospel Coalition, a fellowship of evangelical churches in the Reformed tradition, to host a tribute to Martin Luther King, Jr., in Memphis on the 50th anniversary of his death. Russell Moore, president of the ERLC and a member of TGC Council, headlined a diverse group April 3-4 that included noted author and Bible teacher Beth Moore as well as civil rights activist John Perkins and spoken word artist Jackie Hill-Perry among the 75 or so personalities who gave keynote remarks, led panel discussions or gave brief talks. Leading up to the event, Moore released a statement explaining the need for the conference in terms of a sense of urgency to remind “the conscience of the church” to pursue racial unity in the midst of tremendous tension. “Fifty years after Dr. King’s assassination, it is shameful that the church often lags behind the culture around us when it comes to issues of racial justice, unity and reconciliation,” Moore said. “We should be leading the way.” The two-day conference included laments; calls to repent, to pay the price for unity, for racial diversity in the … END_OF_DOCUMENT_TOKEN_TO_BE_REPLACED

By Gregory Tomlin, Christian Examiner TUPELO, Miss. (Christian Examiner) – An atheist billboard mocking the religious values of citizens in Tupelo, Miss., has been taken down after complaints from the city's residents. The digital billboard, which features an image of "Uncle Sam" and the words, "God Fixation Won't Fix This Nation," was posted by the litigious Wisconsin-based Freedom from Religion Foundation on July 1, just before Independence Day. To read the rest of the story, click here. … END_OF_DOCUMENT_TOKEN_TO_BE_REPLACED

By Rebecca Holloway PINEVILLE, La. – For years, I have read and heard the statement, “We need to hold life/our family/our possessions with an open hand.” The idea is that we are not in control of our lives or anything else on this planet. God is in complete control of all things and has the power and right to … END_OF_DOCUMENT_TOKEN_TO_BE_REPLACED