By Will Hall, Baptist Message executive editor SLIDELL, La. (LBM) – The St. Tammany Parish Council voted 11-1, Feb. 8, to allow legislators to submit bills that would allow the construction of a $250 million casino complex, planned for the area east of the I-10 interchange in Oak Harbor. Essentially, this allows state lawmakers to introduce a bill that will need to pass committees in each chamber of the legislature and then a vote of both chambers as well as the signature of the governor to hold a special fall election. A similar effort failed 25 years ago, but a recent referendum for sports betting passed in the parish with 67 percent of the vote. The Slidell project is being proposed by Peninsula Pacific Entertainment, also known as P2E, which obtained one of the 15 approved riverboat casinos permitted in Louisiana. Although proponents are promising big returns in terms of jobs, economic development and tax revenue, the project faces numbers of hurdles. Three years ago, the Los Angeles-based P2E failed in the legislature in their bid to move their Shreveport riverboat casino to Tangipahoa Parish. The project faced opposition from Harrah’s Casino in New Orleans, which did not want any competition in siphoning … END_OF_DOCUMENT_TOKEN_TO_BE_REPLACED 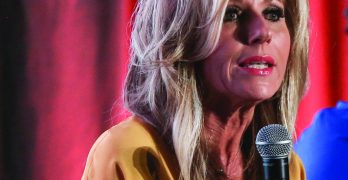 By Will Hall, Baptist Message executive editor NASHVILLE, Tenn. (LBM)—After at least two tumultuous years marked by her strident opposition to President Donald J. Trump and increasing bitterness toward Southern Baptists who voted for him, Beth Moore, the former top selling Bible study writer announced she is parting ways with LifeWay Christian Resources. Moore also announced to the Religion News Service that she no longer considers herself a Southern Baptist. She and her husband are changing churches, they were once members of Houston’s First Baptist Church, Houston, Texas, but RNS hinted that the new church they are visiting may be Southern Baptist, just “not tied closely to the SBC.” From 2001-2016, Living Proof Ministries built its assets from $1 million to $15 million. But RNS reported LPM lost “more than $1.8 million” from 2017-2018. In 2019 Moore became increasingly critical of President Trump and his Southern Baptist supporters. She jumped on the bandwagon with other Trump critics in January 2019 to accuse a group of MAGA-hat-wearing students of racist hatred. The teens were in Washington, D.C., to participate in the annual March for Life. A video clip emerged that made it appear that after the event the … END_OF_DOCUMENT_TOKEN_TO_BE_REPLACED

By Chuck Kelley Rarely does Hollywood contact a Southern Baptist seminary, but rarely is not never. One day location scouts for a major motion picture to be filmed in New Orleans called NOBTS and asked to tour the campus. They were looking for a place that with a bit of movie magic could be made to look like the … END_OF_DOCUMENT_TOKEN_TO_BE_REPLACED