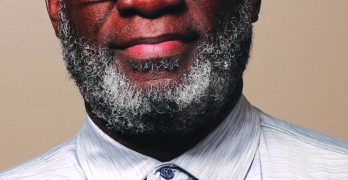 By Sierra Boudreaux, Wildcats Media PINEVILLE, La. (LBM) – Coach Dale Clayton, a 40-year veteran of college baseball and athletic administration will speak on the “The Biblical Response to Critical Race Theory” Monday, Sept. 20 at the C3 conference. The C3 (Christ, Church, Culture) conference was started by LC President Rick Brewer to discuss today’s issues through biblical truth not only the campus community, but the surrounding communities as well. And there is no bigger topic today than the critical race theory. The theory is based on the idea that race is a social construct that has been embedded in many policies and legal systems instead of it being the product of individual bias or prejudice.” The conference starts at 6:30 p.m. in Guinn Auditorium and the public is invited to attend. Masks must be on worn in the building. “Critical Race Theory as a Marxist construct is problematic on multiple fronts and antithetical to the Gospel,” Brewer said. “As a Christ-centered college built on the truth of God’s Word we view our culture through the lens of Scripture. Coach Clayton will address the fallacies of CRT by offering biblical application and truth. “According to Christopher F. Rufo, founder and director of … END_OF_DOCUMENT_TOKEN_TO_BE_REPLACED

By Lane Corley MADISONVILLE, La. - Three years ago, our family was going through one of those down seasons in the ups and downs of life. My mental focus and physical health was declining. I was discouraged and struggling mentally and emotionally. I knew I needed to change a few habits. As part of a recovery … END_OF_DOCUMENT_TOKEN_TO_BE_REPLACED