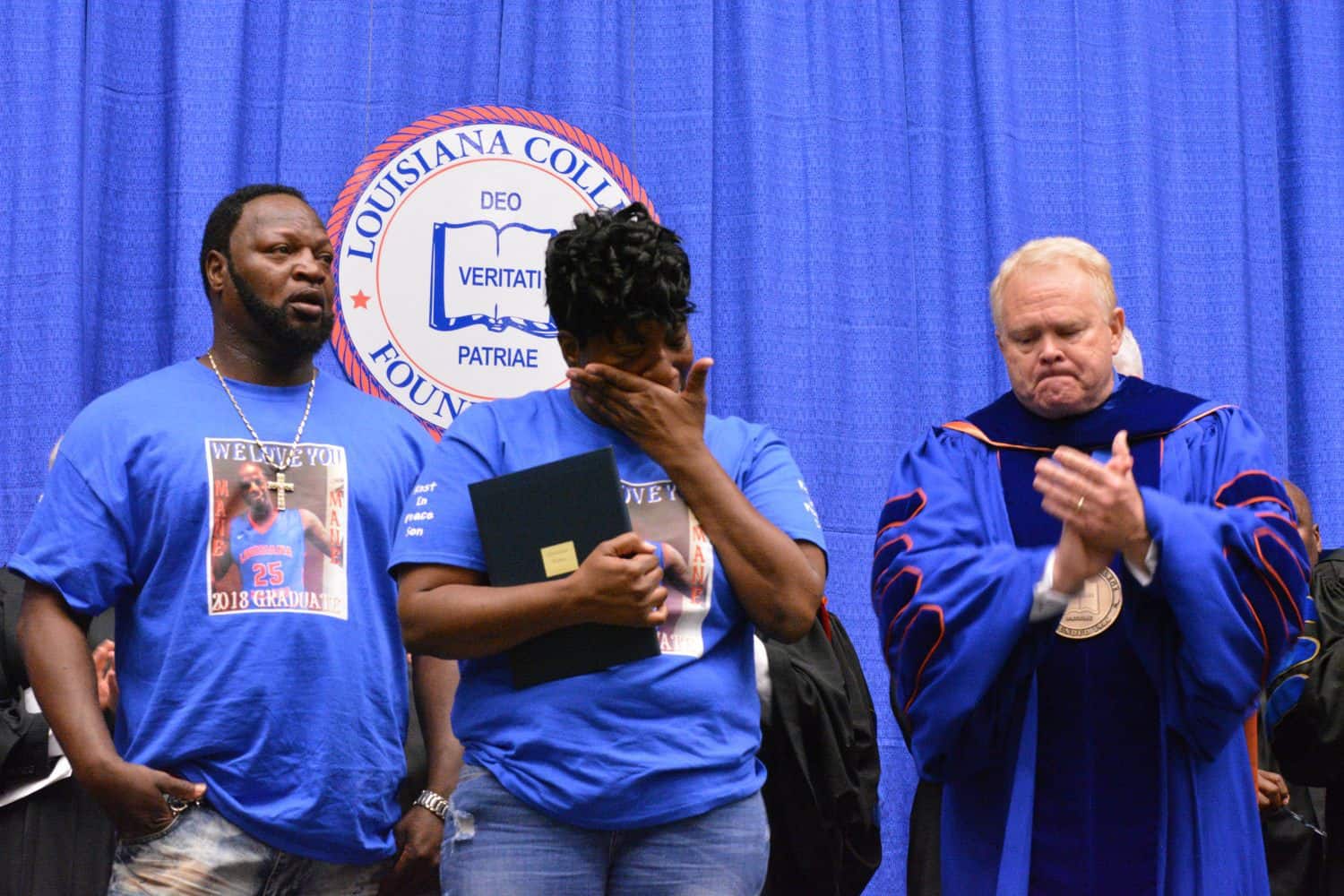 ALEXANDRIA – Louisiana College celebrated its 163rd commencement May 5 by conferring the most degrees since Rick Brewer became president of the school in 2015.

The school presented 155 undergraduate and 46 master’s degrees at the Rapides Parish Coliseum in Alexandria.

In a special recognition during the ceremony was Clavoisiea Dupree, a member of the basketball team who was on pace to graduate with this classmates. However, on March 31 Dupree passed away.

Brewer awarded Dupree with an undergraduate degree posthumously during the ceremony.

“We are preparing students not to just get a degree,” Brewer told students. “We are not just preparing you for careers. Our job as faculty and administrators has been to prepare you for life.

“Education that instructs the mind without deepening the soul is not true learning,” he continued. “Louisiana College’s goal is to graduate students to make a difference for the common good as a redemptive voice in the world. Our graduates are hopeful realists who recognize the brokenness of the world, but believe God has called them to work for its healing and restoration.” 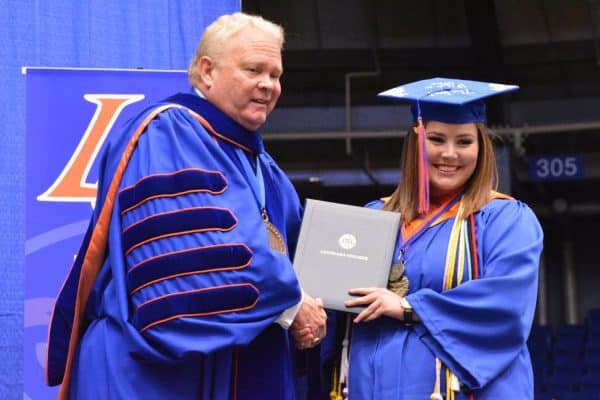 Louisiana College presented 155 undergraduate and 46 master’s degrees at the Rapides Parish Coliseum in Alexandria during commencement ceremonies May 5, 2018.

During the keynote address, U.S. Sen. Bill Cassidy challenged the students to dream and make a difference for God.

“You’re hear stories all the time of those who have become quite successful,” he said. “But to achieve the pinnacle of success they feel as if they had to sacrifice too much. The truth is, they have indeed sacrificed too much. They have sacrificed their spiritual values, their family and other things.

“You much keep your life balanced. You must place your faith in God and your family,” he continued. “In so doing, when you do achieve that pinnacle of success it will mean so much more. There will be those alongside to share it with you … just as your parents, your teachers and your spouses share with you today. It also will make reaching that pinnacle so much better and your success so much sweeter.”

By Lane Corley MADISONVILLE, La. - In Luke 15, Jesus gives us a glimpse of the Father’s heart for the lost. 1. Those far from God liked Jesus and he liked them (verse 1). Is that true of me? When was the last time someone far from God approached me? Am I available to them? Building relationships with … END_OF_DOCUMENT_TOKEN_TO_BE_REPLACED