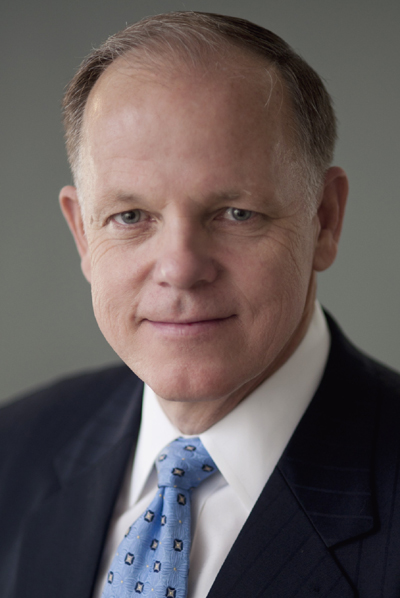 JACKSONVILLE, N.C. (BP) — Although evangelical commentators have protested the court-martial conviction of a Marine who defied an order to remove a Bible verse from her workstation, the North American Mission Board’s executive director of chaplaincy says believers should reserve judgment because there likely is “much more to this particular story than Scriptures that were just in a public place.”

When news breaks of an apparent religious liberty violation like this case, “everyone is alarmed,” Douglas Carver, the former U.S. Army chief of chaplains, told Baptist Press. But usually “as you begin to dig,” there’s “more to the issue.”

Carver added, “From my perspective of 38 years in the military, I have found no more fair legal process than military justice. It’s thorough. It’s fair. It’s merciful.”

The Marine at the center of the case, Lance Corporal Monifa Sterling, has appealed her conviction to the highest military court, the Court of Appeals for the Armed Forces.

Sterling was convicted of violating a lawful order after refusing to obey a staff sergeant’s 2013 order to remove three copies of Isaiah 54:17 — “No weapon formed against me shall prosper” — from her computer tower, monitor and desk, the Military Times reported. Sterling served at the time at North Carolina’s Camp Lejune handling complaints from Marines about their military identification cards.

The Navy-Marine Corps Court of Appeals upheld Sterling’s conviction in February, stating the verse display “could be interpreted as combative” and “could easily be seen as contrary to good order and discipline,” according to the Times. Sterling has received help in her latest appeal from the Christian legal organization Liberty Institute and former U.S. solicitor general Paul Clement, who argued the 2014 Hobby Lobby case before the Supreme Court.

Multiple generals likely have reviewed Sterling’s case by this point in the military justice process, Carver said, and believers should “withhold judgment” in the absence of full information about the conviction. “We need to pray for all those involved in this particular situation,” he said.

Sterling, a Christian of Haitian descent, argues that being forced to remove the verse violated her First Amendment right to religious expression and her protection under the federal Religious Freedom Restoration Act.

“If the government can order a Marine not to display a Bible verse, they could try and order her not to get a religious tattoo, or go to church on Sunday,” Liberty Institute director of military affairs Mike Berry said according to Charisma News. “Restricting a Marine’s free exercise of religion is blatantly unconstitutional.”

Evangelist Franklin Graham defended Sterling in a May 27 Facebook post, stating, “Unbelievably, she was criminally prosecuted by the U.S. government for displaying this encouraging Scripture on her computer in her workspace.”

Graham added, “Can our society be at a point where a supervisor can order a young Marine to remove a Bible verse from her computer? Others are able to display secular messages without any opposition, but Sterling was targeted by her supervisor. Today there’s a tolerance in our culture for everything — except the things of God and His Word.”

One reason cited by the Navy-Marine Corps Court of Appeals for denying Sterling’s appeal was the verse’s visibility to other Marines, according to the Times. “The risk that such exposure could impact the morale or discipline of the command is not slight,” the court concluded.

Carver explained that members of the military may have religious symbols in their personal workspaces, but religious expressions are not permitted which attack other faiths or are used by individuals in authority in an intimidating manner.

A bad-conduct discharge is a serious matter, Carver said, and likely indicates military officials believed a junior noncommissioned officer like Sterling “should have been a little more sensitive to the rules and regulations and the standards … required by her rank.”

Sterling’s original case included convictions for refusing to perform duties for which she claimed medical exemption, the Times reported. Those charges were considered at her sentencing but are not part of her appeal.

Sterling’s attorneys said her case could set a precedent.

“This is an extremely important case that provides the court the opportunity to reaffirm that [the Religious Freedom Restoration Act] applies within the armed forces,” Clement said in a Liberty Institute news release. “Religious freedom is such an important issue for our military, and we hope the court will clarify this issue and confirm that RFRA protects our troops.”

The resolution asked the military “to communicate consistently throughout every branch of the armed forces and to every person who provides instruction or guidance to our servicemen and women the right of all servicemen and women, and the chaplains who serve them, to conduct themselves in accordance with the dictates of their faith.”

By Waylon Bailey We all know the need for patience. When I think of the fruit of the Spirit, I am drawn to the quality of patience. I am drawn there because I often feel so inadequate with patience. You may feel the same. Frustration and aggravation sometimes seem to take over. But, it may not be patience that … END_OF_DOCUMENT_TOKEN_TO_BE_REPLACED