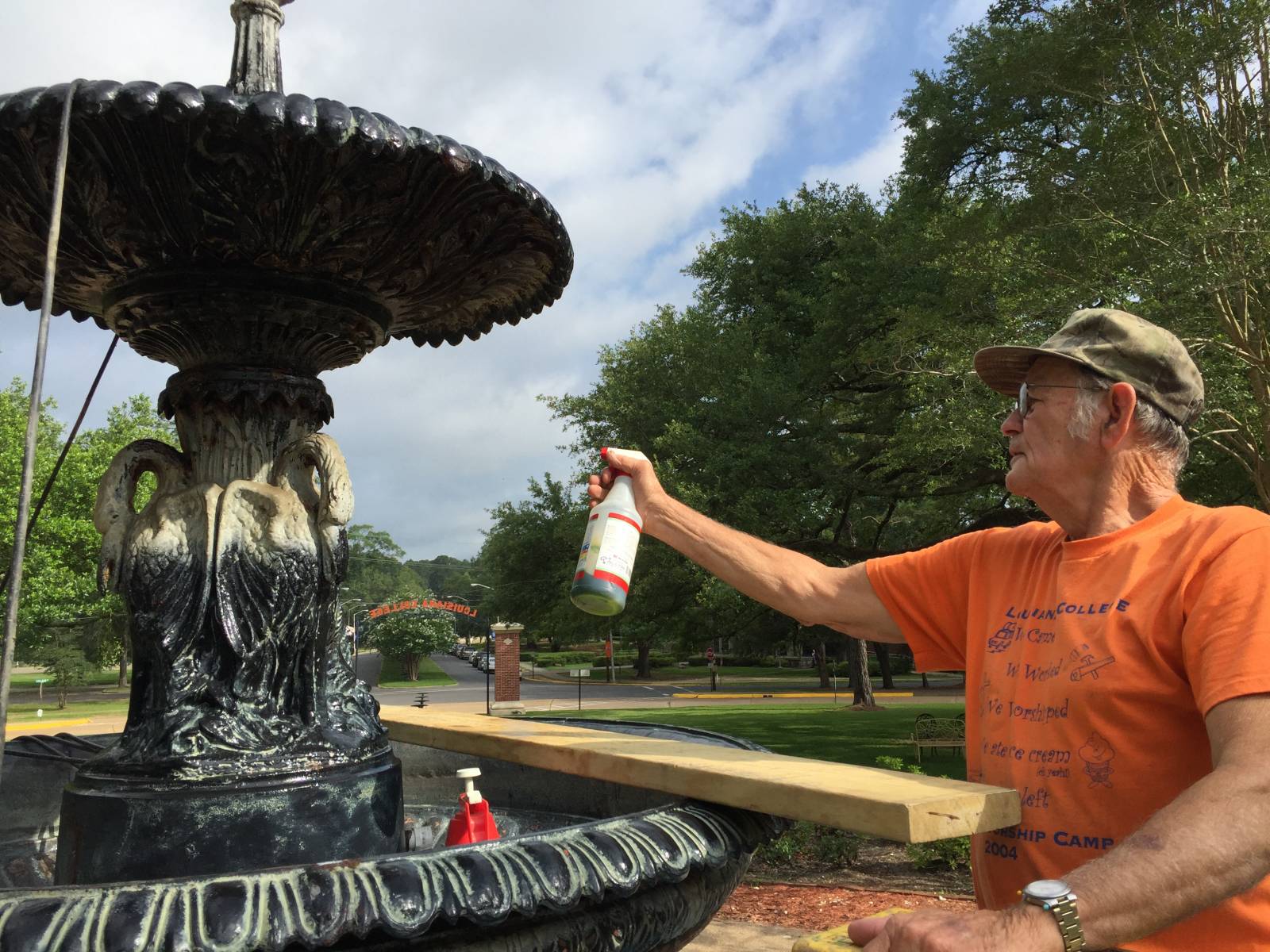 Huey Thompson cleans the fountain on the Louisiana College campus. Thompson is a member of the Campers on Mission, who are working this week at LC.

PINEVILLE – While most of the students are gone for the summer, Louisiana College junior Lievin Manisha chose to remain behind to spend a week to help spruce up the campus.

An international student from Burundi, Africa, Manisha is helping 29 members of the Louisiana Campers on Mission, who are making their annual stop on the LC campus this week, doing a variety of odd jobs.

After having breakfast and a morning devotion together, Manisha and the other campers scatter throughout campus to tackle a list of jobs. Some of the jobs include: cleaning the fountain, painting curbs along the roadway and forming steps near a dormitory.

Manisha, who became a Christian and learned about LC while an LSU Baptist Collegiate Ministry missions team was in his community several years ago, said this is a way he can show his love for those who invested in his life.

“Seeing these people inspires me a lot,” Manisha said. “They encourage me to help out and give back.”

This is the final work project for the group before taking a break for the summer. They will reconvene in September. Since last fall, Campers on Mission have completed annual week-long assignments at Tall Timbers Conference Center and at the Baptist encampments around the state.

Keith Brown, president of the state’s Campers on Mission, said many of those who help out with projects are retired and this organization gives them a chance to do missions throughout the year.

“This is very rewarding,” said Brown, a member of Florida Boulevard Baptist Church in Baton Rouge. “The mindset for a lot of people is when they retire, there’s nothing to do. But when you find out about Campers on Mission, you discover there is plenty you can help out with.” 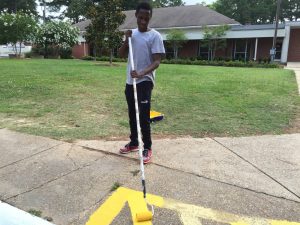 Louisiana College junior Lievin Manisha paints near the roadway on campus. Manisha is helping Campers on Mission, who are sprucing up the LC campus this week.

Huey Thompson has participated for the past 14 years.

When he and his wife retired, they immediately joined and have worked at most of the projects ever since.

The projects the group completes this week is a huge help to Louisiana College financially as otherwise the schools would have to spend thousands of dollars to hire professional workers to do the same jobs.

“We continue to work on the beautiful aspects of our campus and they help accelerate that process,” LC President Rick Brewer said. “I am extremely grateful for the work they have done and the good weather the Lord has given us. This helps to give us a great jumpstart. We are pleased these folks are modeling servant leadership.”

By Joe McKeever “‘…your ways are not my ways,’ saith the Lord.”  (Isaiah 55:8) Keep an eye on how the Lord works in your life. You might learn something useful for the next time He wants to use you. This little couplet seems to sum up 90 percent of what Scripture and life teach us concerning the operation … END_OF_DOCUMENT_TOKEN_TO_BE_REPLACED