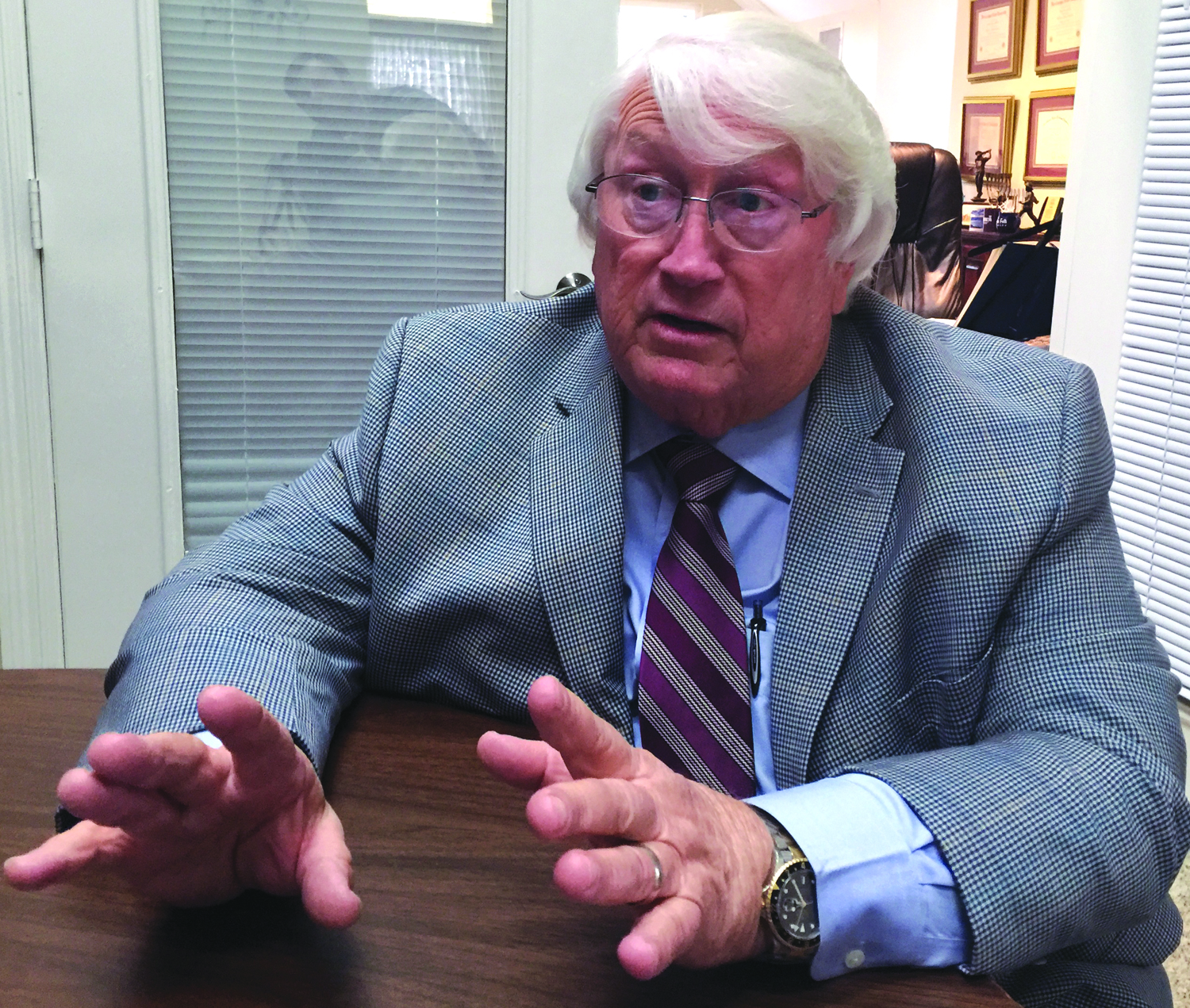 Burl Cain, the long-time warden of Angola State Penitenary, resigned in the midst of turmoil Jan. 1, buty has since been exonerated following three separate investigations. In an exclusive interview with the Baptist Message he told why he resigned and what was behind the investigations.

BATON ROUGE – Burl Cain, a long-time warden known for turning around what was once considered the most violent maximum security prison in America, has been cleared of any wrongdoing following investigations by three state agencies.

The inquiries were prompted by accusations of ethics breaches by a local newspaper in the fall that grew while newly elected Governor John Bel Edwards was preparing to take office.

Cain resigned in the midst of the turmoil, effective Jan. 1, and Edwards subsequently called for the reviews, giving the appearance of guilt on Cain’s part.

Now Cain, with exonerations in hand, is telling why he resigned and what was behind the investigations.

During an exclusive interview with the Baptist Message, Cain said he did not blame Edwards for requesting the inquiries. Rather, Cain placed the blame on the Baton Rouge Advocate, which he said was politically motivated against him, and a legislator who is a political foe.

Cain said he understood the difficulty Edwards faced, just having taken office as governor shortly after charges were leveled.

“The Advocate and the investigative reporter got so adamant in chasing me that I had done something wrong and was creating such a storm,” Cain said. “Here is the new governor coming in and he wants to establish his new administration without any kind of chaos. And my very best friend is Jimmy LeBlanc, who is secretary of corrections – he and I have careers that paralleled each other for 40 years.”

Cain described the legislator as someone “who was really angry at me over some family matters that had happened 10 years before.

“He was real good friends with the governor and he was pushing real hard for something to happen to me.

Cain said he was protected by his civil service status, but the governor used the leverage of not reappointing his long-time friend in order to get him to resign.

Cain said he was concerned that with LeBlanc gone the progress made in establishing a presence by New Orleans Baptist Theological Seminary and other moral rehabilitation programs at Angola would have been in jeopardy.

“I got caught in the political storm with the governor change and I am the one that was out there on the fighting lines,” Cain said. “I wanted to be a noble warrior and a worthy warrior, and all of a sudden I got trashed.

“It was really important for me to be restored, especially so Louisiana Baptists would know I didn’t really stumble; it was a political thing.”

Cain said he really wanted LeBlanc reappointed “so our program would continue on.” But he said the point came “that he told me they’re not going to reappoint him unless I resign.

“They couldn’t make me resign,” he explained, “because I hadn’t done anything wrong, and I had civil service protection.

“The whole point was if I would resign he would get reappointed. If I didn’t resign, he wouldn’t,” Cain said. “Therefore, that would cause us to have a new secretary that may change everything we are doing.”

Cain said he was glad to be exonerated, but the months of investigations by the state inspector general, the Department of Public Safety and Corrections and the state police took a toll on his family.

Cain said he never doubted he would be cleared of the charges, and is anxious now to get on with the next chapter in his life.

He is working with a North Carolina prison to establish a similar seminary program to the one run by New Orleans Baptist Theological Seminary at Angola. Likewise, he has other prison projects he hopes to resume in the Midwest and West.

He said he also was open to returning to prison administration if it was God’s will for him.

A LEGACY TO BUILD ON

Cain became warden of Angola in February 1995, after leading the Dixon Correctional Institute in Jackson for 14 years.

Just a few months after he started at Angola, Cain said he experienced his first witness of a lethal injection execution – of an inmate convicted of murdering his mother-in-law. Cain, who is Southern Baptist, said he had not asked the man anything about his eternal security, and that fact burdened him to the point he knew he had to do something.

From that day on, Cain vowed to ask men about their relationship with God, knowing the eternal importance of a changed life. But, he also saw the pragmatics of moral rehabilitation in terms of lessening violence.

He said that is when the opportunity to set up a prison program with New Orleans Baptist Theological Seminary, “just fell in my lap.” The four-year program, started in 1995, has produced 278 inmate graduates. Some have even transferred to other prisons as missionaries.

Now, Cain says, instead of inmates committing crimes, they are witnessing to other inmates, studying for a seminary test or holding a Bible study.

Thousands of inmates have professed Christ as Lord and Savior, and violence has decreased by 85 percent. Of the 6,300 inmates now held at Angola, nearly 50 percent are thought to be Christians.

In September 2015, NOBTS President Chuck Kelley dedicated a new 11,000-square-foot building that houses an extension center built by the inmates and funded by donors.

The Joan Horner Center has a computer lab, two classrooms, an auditorium and library, and is named in memory of benefactor Joan Horner, founder of Premier Designs of Dallas, who with husband Andy Horner were longtime supporters of the Angola ministry.

A month later, Washington Baptist Association accepted a church at Angola into its fellowship.

Grace Baptist Church is believed to be the first church at a prison that a Baptist association has approved for membership. The church is the only Southern Baptist congregation among the prison’s 28 inmate-led churches.

Other correctional facilities have taken notice of the change inside Angola and adopted the seminary’s programs:

“Thank you so much for the prayers,” Cain said, speaking directly to Louisiana Baptists during the taping of the interview. “And thank you for your dollars. And thank you for being a good steward. Thank you for letting us have the opportunity to show how we can change lives in prison.”

“You see that prison thing in that seminary is unbelievable because it never should have happened,” he said. “I wasn’t that smart. You know the story. I didn’t figure it out, it just fell in my lap. Here we took off and did a crazy thing and it worked. Can you believe that? It’s all over the country.

“Without your support we would never have been able to launch moral rehabilitation, nor would we have had a seminary, which is really the game changer,” he said. “Without the support of the Louisiana Baptist Convention it wouldn’t have happened.”

Based on an interview with Baptist Message Editor Will Hall.