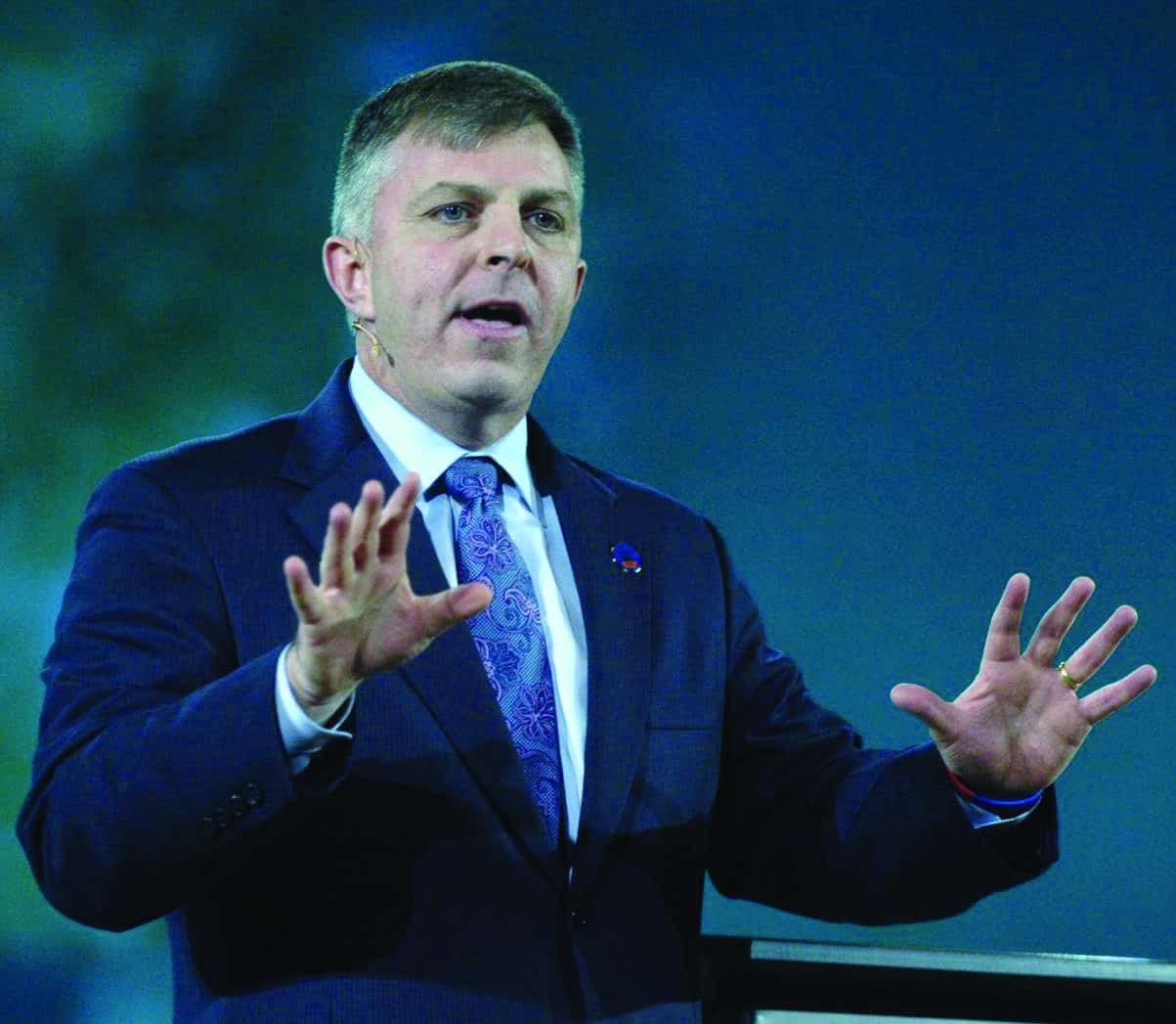 Feb. 21 we learned of the passing of Billy Graham. He was a great evangelist in the sense of what might be called mass evangelism—preaching to mass crowds.

I woke this morning thinking of Perry Sanders, the greatest personal evangelist I have ever known. Sharing the gospel one on one was as natural for him as talking about the weather.

Feb. 22 would have been my predecessor Perry Sanders’ 90th birthday.

Since this day would have been his birthday, I dug out my notes from the sermon I shared at his funeral. I hope those of you who knew him and those who have never heard his name will be encouraged today about personal soul-winning (as Bro. Perry would have called it). Here is the excerpt from the funeral message.

One of Bro. Perry’s life verses has been Romans 1:16. Paul wrote:

“For I am not ashamed of the gospel of Christ, for it is the power of God to salvation for everyone who believes, for the Jew first and also for the Greek.”

Bro. Perry quoted this verse in his last sermon to us.

If we are Jesus’ disciples, He will make us a fisher of men. The desire to be a soul winner is something that “accompanies” our own salvation.

After I had been called as pastor, but before I started, Bro. Perry called me to give the results of visitation one Tuesday night. There was such excitement in his voice as he told me about the decision of each one that had been personally witnessed to that evening. I have watched him share his faith with such ease in every setting—in a restaurant to a server, in a hospital to a patient, in a hospital to the person in the elevator, walking through the Cajun Dome talking to evacuees in the aftermath of Katrina, and even listened in on a phone conversation to a prominent member of our community as he shared the Gospel at the close of a rather routine phone call.

Even when he was in the hospital with a broken hip, Bro. Perry said to me, “You know the Bible says that all things work together for good. Well, I’ll tell you, there is nothing good about this broken hip.” He paused and then with a smile he continued, “Except I’ve been able to share the Gospel with everyone who has come in my room.”

Stories about Bro. Perry are legendary around our church. Here is one of my favorites and the story illustrates well how personal evangelism was at the forefront of Bro. Perry’s every waking moment.

One evening, Bro. Perry had traveled to North Louisiana to preach. His long-time friend, Oliver (from whom I got the story), was with him. On the way home they stopped to get gas and a snack at a rural convenience store. Bro. Perry was pumping the gas while Oliver went inside to an empty store except for the one employee. After pumping the gas, Bro. Perry pushed open the door of the store and said to the lone employee, “Are you ready to die tonight?”

The employee hit the floor. Oliver said that he just knew that poor clerk thought he was about to be the victim of an armed robbery. When the clerk realized he was not being robbed, he was a captive audience to the glorious good news of the Gospel.

I am not half of the evangelist that Bro. Perry was, but he made a lasting impression on me in our few years together that I pray and want you to pray that I never get over.

And yeah, I confess, though we don’t know everything about Heaven, I find myself thinking about Bro. Perry saying to Billy something like, “Billy, you got here just in time for my birthday.”

Steve Horn is pastor of First Baptist Church, Lafayette, and a former Louisiana Baptist Convention president. This editorial first appeared on his blog.

By Will Hall, Baptist Message executive editor ALEXANDRIA, La. (LBM) – It’s a presidential election year, Louisiana has suffered another devastating natural disaster, and as Yogi Berra has said, “It's déjà vu all over again." In 2016, presidential candidate Donald Trump came to Louisiana just days after the … END_OF_DOCUMENT_TOKEN_TO_BE_REPLACED