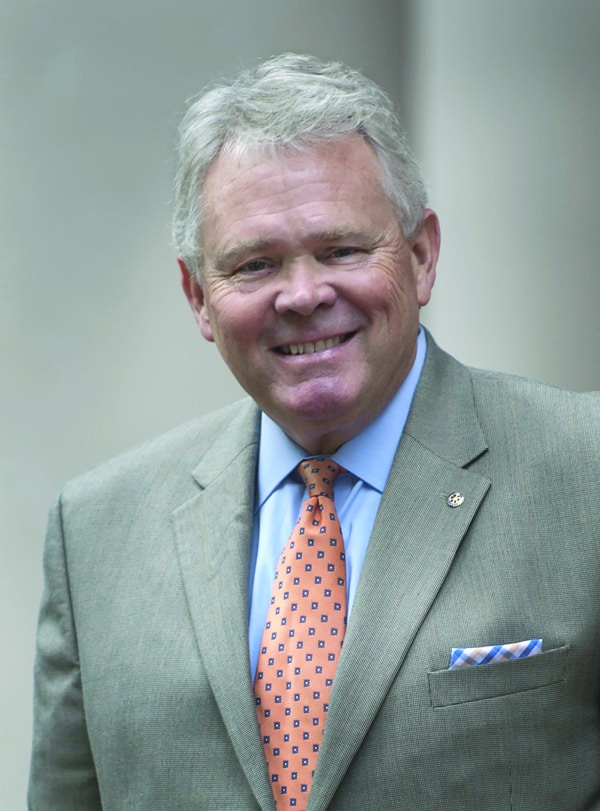 After acknowledging other classes, Brewer encouraged students, staff, and faculty “not to be people who settle for just average.”

Drawing from Ephesians 3:20-21, President Brewer noted that God is “able to do exceedingly abundantly above all that we ask or think. That’s somewhere out in the stratosphere and I can’t get my mind around it.” But this is what God wants for all his children.

Citing the success of Chick-fil-A (CFA), Brewer said the company that was founded in 1946 faced its worst fiscal year in 1982. CFA leaders addressed the problem with one question: “‘Why are we here?’ In response to that question, the leadership prayed.” Then they developed this mission statement: “To glorify God by being a faithful steward of all that is entrusted to us. To have a positive influence on all who come in contact with Chick-fil-A.”

The point is that CFA chose not to settle for average but was blessed by God for a commitment to glorify him. That blessing is reflected, in part, by Chick-fil-A’s rank as third in total sales among US fast-food chains in 2018. And though vastly outnumbered by competitors, CFA’s 2400 locations out-performed them by averaging $4.6 million per store last year.

“How much money do you think Chick-fil-A loses by closing on Sunday?” Brewer asked. The founder of CFA, Truett Cathy, and current leadership consider that honoring God through CFA’s mission statement is more important than money – lots of money. Market analysis reveals an annual loss of $1 billion from being closed on Sundays.

CFA President Dan Cathy developed company polices based on that mission statement and on the principle of “going the second mile” as directed by Jesus in Matthew 5:41.

Brewer cited a “second-miler” from Genesis 24, Rebekah, whose offer to provide water for the camels of Abraham’s servant was a sign from God that she would be Isaac’s wife. But more than that, her second-mile attitude placed her in the direct but distant lineage of Jesus as his great-grandmother. “Rebekah is part of the grand narrative.”

A second-mile person is an “and then some person,” Brewer said. “That’s the person who has done all that’s required and then goes beyond what’s expected.”

The successful student is an “and then some” person who wants to know more than what is needed to pass a test or get a grade, but who “has a hunger to learn. Merely graduating is not the end and the aim of your college education,” Brewer said, “but that you live in lockstep with God’s kingdom and have eternity in view.”

Every student, professor, parent, coach, politician, pastor, community leader, entrepreneur should be an “and then some” person, and not one who does the minimum to get by.

The best way to begin the second-mile journey as an “and then some” kind of person is to have “a personal relationship with Jesus Christ,” Brewer said. Just hearing about Jesus or knowing his name is not enough. We must have the “resurrection power of Jesus Christ through the Holy Spirit in our lives. This is not a luxury; it is a necessity.”

Brewer challenged all to “live in that stratosphere, live out there where it is exceedingly abundantly above all you could ever imagine or think. And if there has ever been a time when our country and the world has needed young people to do serious-minded Christian thinking, it’s now.”

Louisiana College is attempting to do something that is almost unheard of in this state among higher education institutions, and that is to bring the presence of Jesus Christ into every classroom – to bring the thoughts of Christ into all our teaching, he said. “We begin from the presupposition that we stand upon moral, objective, transcendent truth that we unpack and reveal through all our curricula.”

The mission of every student at Louisiana College is “to be the best student you can be. Love God with your heart, soul, mind and strength. To do anything less is to be disobedient to Christ.”

Brewer said that unconfessed sin, unbelief, careless living, worldliness, and poor attitude – all those “will rob you of the power that’s available only through the resurrection of Jesus and the power of the Holy Spirit working through us.”

Closing the chapel service, Brewer invited faculty, staff, and other leading visitors to pray in small groups with students.

By David Jeremiah EL CAJON, Calif. (BP) - Something strange happens to the psyche of a nation in difficult times. The downtrodden begin to resent government and wealthy corporations and individuals, seeing them as out of touch with, if not the cause of, their plight. Desperation can lead to a reversal of … END_OF_DOCUMENT_TOKEN_TO_BE_REPLACED