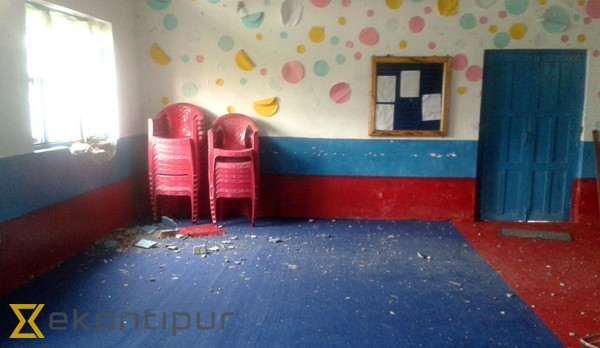 Broken window glass scattered throughout a Jyoti Church after the church was targeted Sept. 15 and rocked by explosives.

KATHMANDU, Nepal (Christian Examiner) – Two Nepal churches were bombed in a series of focused attacks suspected to be releated to extremist Hindu groups who wanted a “Hindu” constitution in mid-September — an action that had just failed to muster legislative action. Instead Nepal was kept a secular state just prior to the attacks.

The bombs detonated in two churches, while a bomb found at another church exploded later after it was taken to a police station, injuring three police officers.

The churches were targeted in a Sept. 15 attack in Jhota, an eastern district of Nepal, in the likely retaliation for legislation that was supported to keep Nepal a secular state.

By Stewart Holloway PINEVILLE, La. (LBM) - For over two months now, my oldest son, my mom, and I have spent most Friday mornings at my mom’s clearing overgrown brush. What was planted as a fruit orchard in an open pasture almost thirty years ago has grown into a wilderness of every kind of vine and tree … END_OF_DOCUMENT_TOKEN_TO_BE_REPLACED