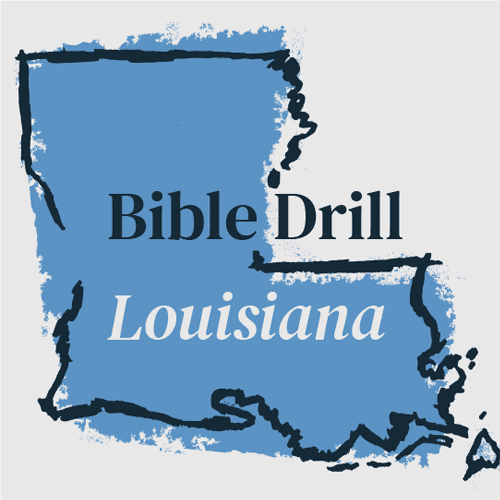 The event, which was postponed last year by COVID-19 safety concerns, drew 62 children and 96 youth to Kingsville Baptist Church in Ball, April 24.

Participants in the state Bible Drill and Speakers’ Tournament advanced from the district level after competing in their local churches.

“We are so thankful that we were able to host state Bible Drill and Speakers’ Tournament in-person this year,” Louisiana Baptist Youth Ministry Strategist Brandon Lewis told the Baptist Message. “The students worked hard and did a fantastic job. The scriptures that have been hidden in students’ hearts is a treasure that will remain with them forever. We’re also thankful for the parents, volunteers and judging teams that made Bible Drill and Speakers’ Tournament a possibility this year.”

All three winners who advanced to the national tournament said Bible Drill has equipped them to become bolder witnesses for Christ.

Law, who has participated in Bible Drill for six years, said God used his participation in the program to draw him to a relationship with Christ.

“Bible Drill has had a huge impact in my life,” said Law, a member of First Baptist Church in Gonzalez. “In 2018, as I was meditating on my Bible Drill card, the Lord used Romans 10:13 to save me.”

It was Pugh’s seventh Bible Drill.

“Hiding God’s Word in your heart is so important,” Pugh, a member of Ascension Baptist Church in Gonzalez, said. “You never know when God will use the verse you memorize to help you or someone else through you.”

Baze, a member of First Baptist Church in Covington, won last year’s 11th grade Speakers Tournament competition through Zoom and this year was excited to deliver, in person, her winning speech “Can I be tolerant and still be biblical.”

“It was as equally amazing to win this year,” Baze said. “We are called to hide the Word in our heart, and Bible Drill helps you do that. It’s a huge blessing. You don’t grow if you don’t get out of your comfort zone. Being surrounded by godly Christian leaders who want you to succeed and grow is an opportunity of lifetime.”

By Rebecca Holloway PINEVILLE, La. – For years, I have read and heard the statement, “We need to hold life/our family/our possessions with an open hand.” The idea is that we are not in control of our lives or anything else on this planet. God is in complete control of all things and has the power and right to … END_OF_DOCUMENT_TOKEN_TO_BE_REPLACED