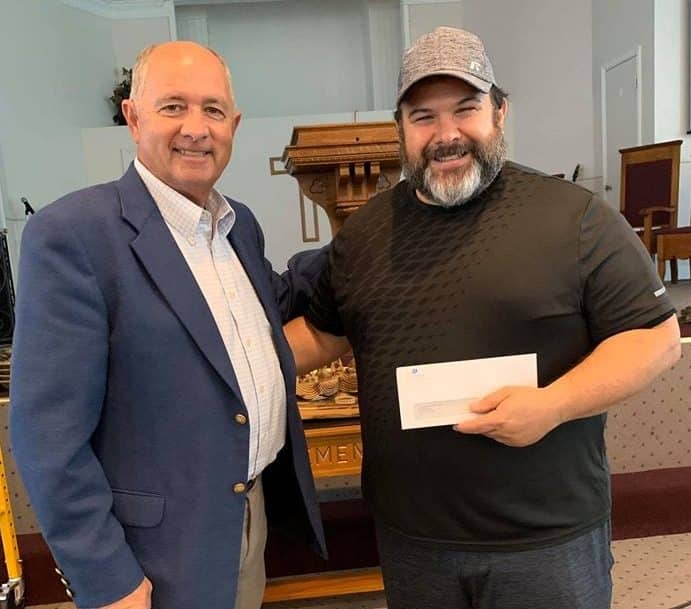 BASILE, La. (LBM) – First Baptist Church of Basile is thankful after a recent electrical fire caused only moderate damage and left no one injured.

Mike Fontenot, pastor of First Baptist Basile, told the Baptist Message the fire was reported around 6:10 p.m. June 4 by leaders of the church’s Celebrate Recovery ministry who were preparing for their meeting. Fontenot said the fire was started in the church’s food pantry storage room, and clean-up of the facility was completed Wednesday.

While the fire damage was covered by insurance, First Basile must replace two refrigerators and one freezer that was used to store items that were distributed by the food pantry ministry.

“We are so very grateful to God that we have been spared heavy damage and for all who have shown support through financial gifts and prayers,” Fontenot said. He said he is also thankful for a financial gift from Louisiana Baptists to help with repairs and replacing lost equipment.

“It’s rather unusual that in my 10 years as missions and ministry director we have not had the amount of fires to churches like we have this year,” he said. “But what’s not unusual is how Louisiana Baptists have stood with the congregations who have experienced loss due to fire.”

This is the third fire since May to impact a Louisiana Baptist church building or pastor’s home.

By Rebecca Holloway PINEVILLE, La. – For years, I have read and heard the statement, “We need to hold life/our family/our possessions with an open hand.” The idea is that we are not in control of our lives or anything else on this planet. God is in complete control of all things and has the power and right to … END_OF_DOCUMENT_TOKEN_TO_BE_REPLACED