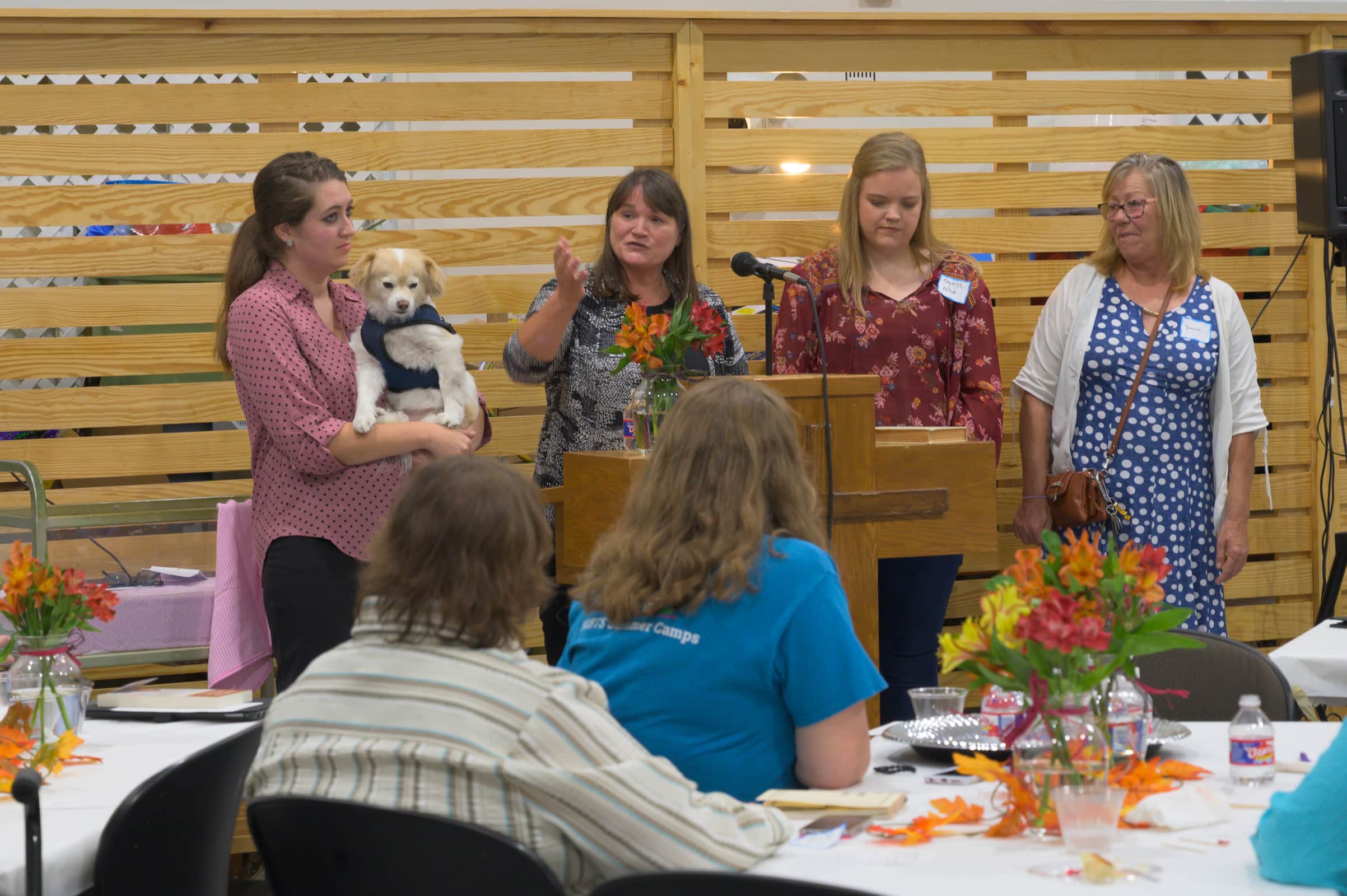 Festivities included longtime friends, past memories, and a look to a future full of hope.

“Baptist Friendship House is committed to continuing its legacy of meeting needs through love, action, and in truth,” said Kay Bennett, executive director. “Sharing Jesus with people in need will always be the top priority of our ministry for generations to come.”

Baptist Friendship House supports women and children in transition by providing housing, job training, and education in computer skills and reading. More than 100 women are enrolled in the center’s weekly Bible study.

Bennett praised all who had come before her and noted that while much has changed since the center’s earliest days, the mission remains the same.

“We still let anybody walk through our doors,” Bennett said. “It does not matter where they’ve been, what they’ve done, or what’s going on in their lives, we love them.”

Shaffer introduced two special friends from the past—Norman Lovegren, 96, and Helen Kramer Thompson, 95, who traveled from Canada to attend. Shaffer made copies of her mother’s memoirs available to attendees. 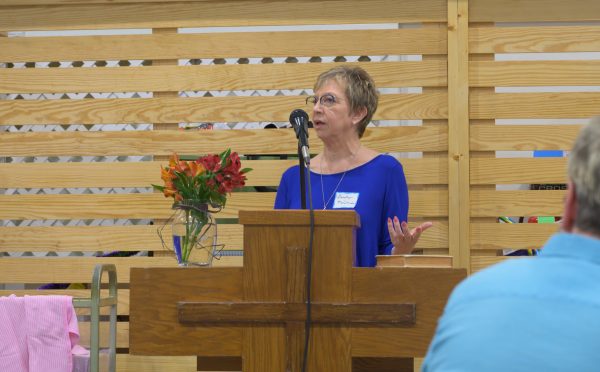 “So much of my spiritual formation and spiritual transformation came here,” McClendon said. “Every relationship, every experience, every person taught me something that made me better.”

McClendon said the first lesson she learned as director was God provides. McClendon told of needing to teach adults to read and not knowing where to begin, yet God provided needed resources.

A second lesson came as McClendon visited a prison ministry. McClendon said she realized that a person’s past is not as important as a person’s present need when believers have the ability to meet it.

A third lesson was miracles happen, McClendon said, adding God changes lives despite an individual’s “abilities, inabilities, or disabilities,” and noted the importance of love in action.

“Our love must be more than words,” McClendon said. “We are all the beloved of God.”

Wanda Lee, former WMU executive director for the SBC, praised those who had invested their lives at the center.

“They are my heroes and all I can say is ‘Thank you,’” Lee said. Turning to Bennett, she added, “You have blessed my life over and over.”

During her tenure as WMU director, Lee worked closely with Bennett to provide supplies and volunteers, Lee explained, and added her own family has been impacted by serving through BFH. 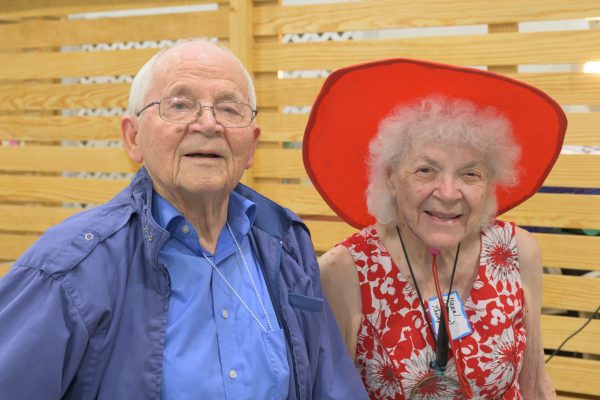 Lee presented Bennett with a $1,000 check from her home church, Meadow Brook Baptist in Birmingham, to help with future ministry needs.

Bennett pledged the center will continue to utilize volunteers, New Orleans Baptist Theological Seminary students and summer missionaries, and will continue to open its door to anyone in need, including those impacted by human trafficking.

Gwen Williams, longtime friend to the center, read a poem she wrote commemorating the event, “A Circle of Love.”

Bennett introduced staff members Kendall Wolz and Kayleigh White and then noted two other “staff members”—“P.J.” the center’s pet “therapy dog” who helped lift the spirits of a woman contemplating suicide and Yvonne Schaad, a faithful volunteer who once sought the center’s help.

Schaad noted her situation years ago was dire, much like other women who come to BFH for help.

By Stewart Holloway PINEVILLE, La. (LBM) - For over two months now, my oldest son, my mom, and I have spent most Friday mornings at my mom’s clearing overgrown brush. What was planted as a fruit orchard in an open pasture almost thirty years ago has grown into a wilderness of every kind of vine and tree … END_OF_DOCUMENT_TOKEN_TO_BE_REPLACED