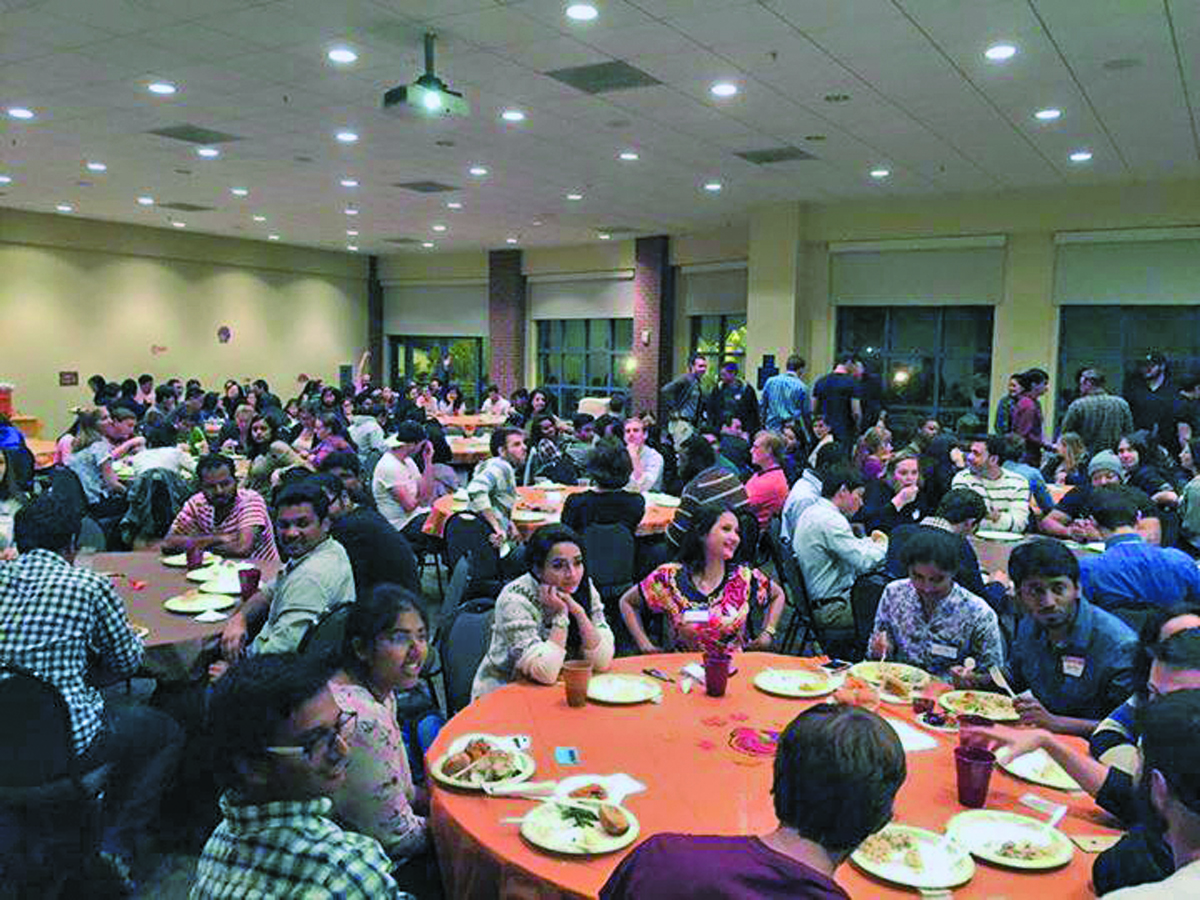 After meeting at a BCM dinner in the fall, Lucy (last name withheld for security reasons) had many questions about Christ and Laura Hamilton had the answers. Two to three times a week, the two met and Lucy seemed to grasp the concept of God.

However, she was not convinced, wanting to fully investigate Christianity before making a final decision to follow Jesus. Lucy and Hamilton continued attending Bible studies together and went to Metairie Church regularly.

But it was when she was alone with just her Bible at her residence a few hours after one of their Bible studies that Lucy asked Jesus to be her personal Lord and Savior and fully committed her life to Christ.

“Throughout the whole study, God was amazing in how He gave her answers to deep questions, giving her understanding that amazed me each time,” Hamilton said. “God very clearly said to me through this, ‘I am the One who gives understanding. You just do your little part and I am the powerful One at work here.’

“I remember lesson four in particular about the death of Jesus,” she continued. “After reading and discussing Isaiah 53 and 1 Peter 2:22-24, we both sat in silent amazement at what Jesus has done for each of us. It was so fresh – she was hearing the depth of the Gospel for the first time and God was lining up everything in her life to bring her to Himself. I explained that her role was to respond by telling God that she wanted in – that she would dedicate her life to this relationship with Him and that she trusted in Jesus Christ as the only way to be reconciled with Him.”

For Hamilton, Lucy’s decision – which included baptism the Sunday following her conversion – represented how standing alongside a person seeking Christ can reap great rewards in the end, knowing the trials that lay ahead.

“We discussed the cost of following Jesus, particularly because she will be going back to a country where she may have a hard time finding a Christian community,” Hamilton said. “Lucy returned to her home country January 14th back to a family of non-Christians, but I believe that God will use her to teach the truth to her father and others around her. She is growing so much already.” 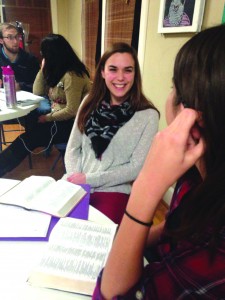 Discipleship is a key aspect of the Christian walk at Baptist Collegiate Ministries throughout the state. Students at Tulane University’s BCM enjoy a time of one-on-one fellowship and discipleship in early December.

The local association, Georgia Barnette Offering for State Missions and other money given by Louisiana Baptists all fund the work of BCMs around the state, and, volunteers from churches assist in other ways.

“The cool thing about this story is the ability for her to come in contact with the Gospel is really on all levels of our cooperative work,” Olivier said. “A lot of times we have to remember when we give we don’t see an immediate return on investment. But just know that your money is being used all over the state to expand the Gospel, especially on our college campuses where the majority of us have sort of an international ministry. We are reaching the nations who are coming to us.”

Once a student accepts Christ, he or she is then discipled by others in the BCM. Olivier believes that if a student learns how to disciple others, then he has succeeded as a BCM minister.

“It does give you a sense of pride that you played in a role somehow, someway,” he said. “It’s a testament of our desire to make disciples. The best thing I can do as a campus minister is graduate students who make disciples. That’s what churches need. Our desire is not to create great BCM students but great disciple makers who will carry the local church for generations.”

By David Jeremiah EL CAJON, Calif. (BP) - Something strange happens to the psyche of a nation in difficult times. The downtrodden begin to resent government and wealthy corporations and individuals, seeing them as out of touch with, if not the cause of, their plight. Desperation can lead to a reversal of … END_OF_DOCUMENT_TOKEN_TO_BE_REPLACED