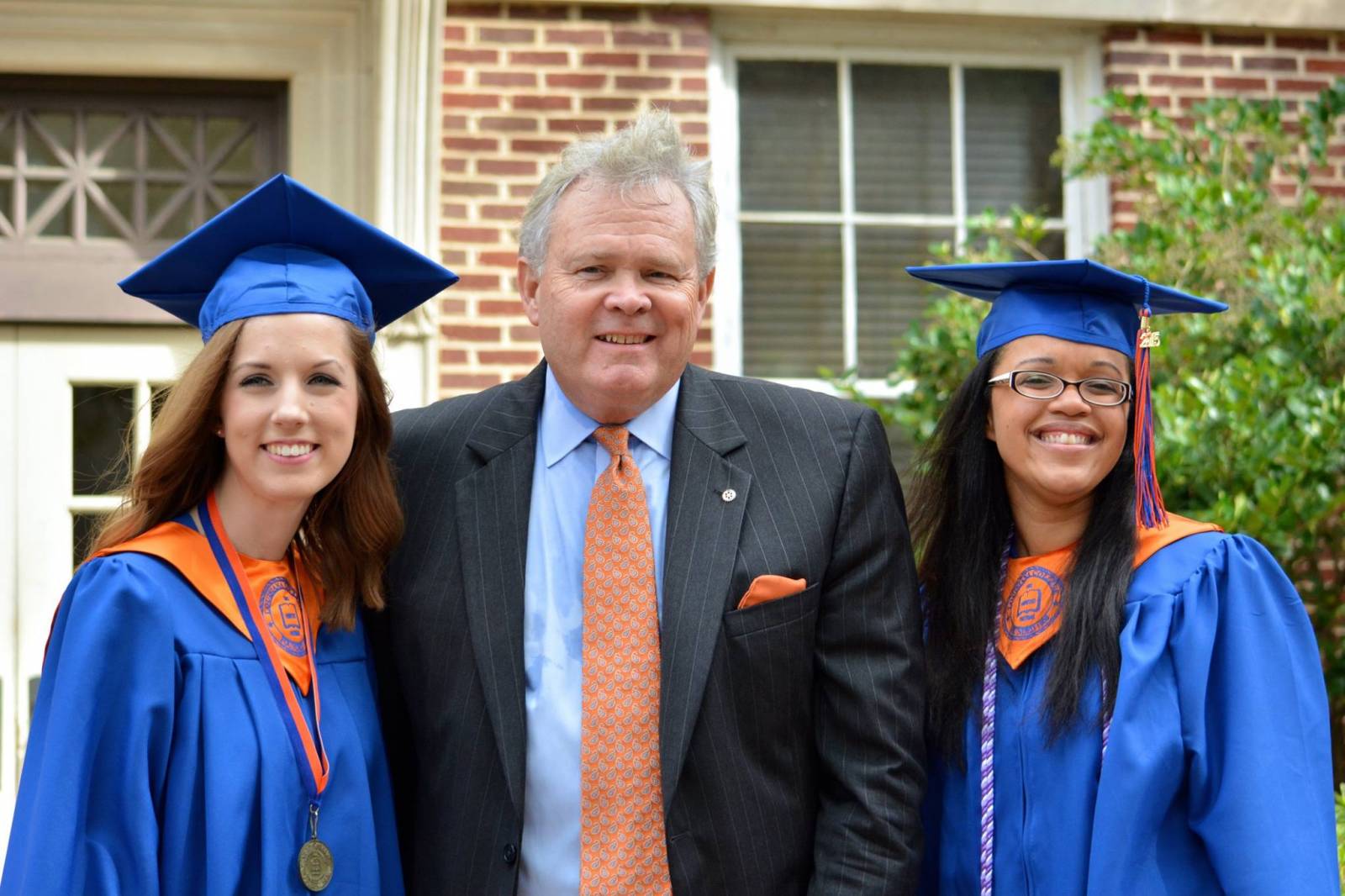 PINEVILLE – Long before a student even knew what career they intended to pursue, God had not only  determined what that career would be but had also prepared the way to obtain it.

Speaking at Louisiana College’s 159th commencement ceremonies Dec. 12, Miranda Klein’s message to the gathering and the graduates was a simple one, “All of us are about to move on and graduate to the most important job in the world not because we chose it but because it was the one prepared by God for us.”

In continuing a tradition begun by LC President Rick Brewer at last spring’s commencement, two graduates – Klein and Dallis Coleman – addressed the audience and the graduates.

“Even before most of us had an inkling of what we wanted our future to be God knew,” said Klein, who is married to LC alumnus Mark Klein, who received his degree in the spring. “There are no sacred or secular jobs, just those prepared for us by the Lord.”

Coleman, a veteran of the US Air Force and mother of two, talked about her experience in completing LC’s Accelerated Bachelor of Science in Nursing. Coleman’s husband is stationed at Barksdale AFB in Shreveport.

Louisiana College conferred degrees to 135 graduates at the school’s fall commencement on Dec. 12.

“Students like Dallis and Miranda and all the rest are why we do what we do,” Brewer said. “They epitomize the best of Louisiana College’s past and present, and they serve as positive examples of what God has in store for this institution and its future graduates.”

David Edwards, president of David Edwards Publications, gave the keynote address and presented each graduate with a book “Life Verse,” which supports the idea there is one Bible verse for every person that can help elevate them to a new way of living.

“Word by word, line by line, one holy sentence can change your story, as you find your true identity in God’s Word,” stated Edwards.

An ordained and licensed preacher, Edwards has written 23 books. He formed David Edwards Publications in 2005 with a mission statement of “Meeting people where they are in life and bringing them one step closer in the process of knowing Jesus Christ.”

Check out our photo gallery below. Photos by Norm Miller & Annette Lodono.

By Steve Horn ALEXANDRIA, La. (LBC) - This year has brought about more challenges and cancellations than any of us care to recount. For those meetings and events that were scheduled, more times than not, they happened virtually rather than in person. This has been true for us as Louisiana … END_OF_DOCUMENT_TOKEN_TO_BE_REPLACED