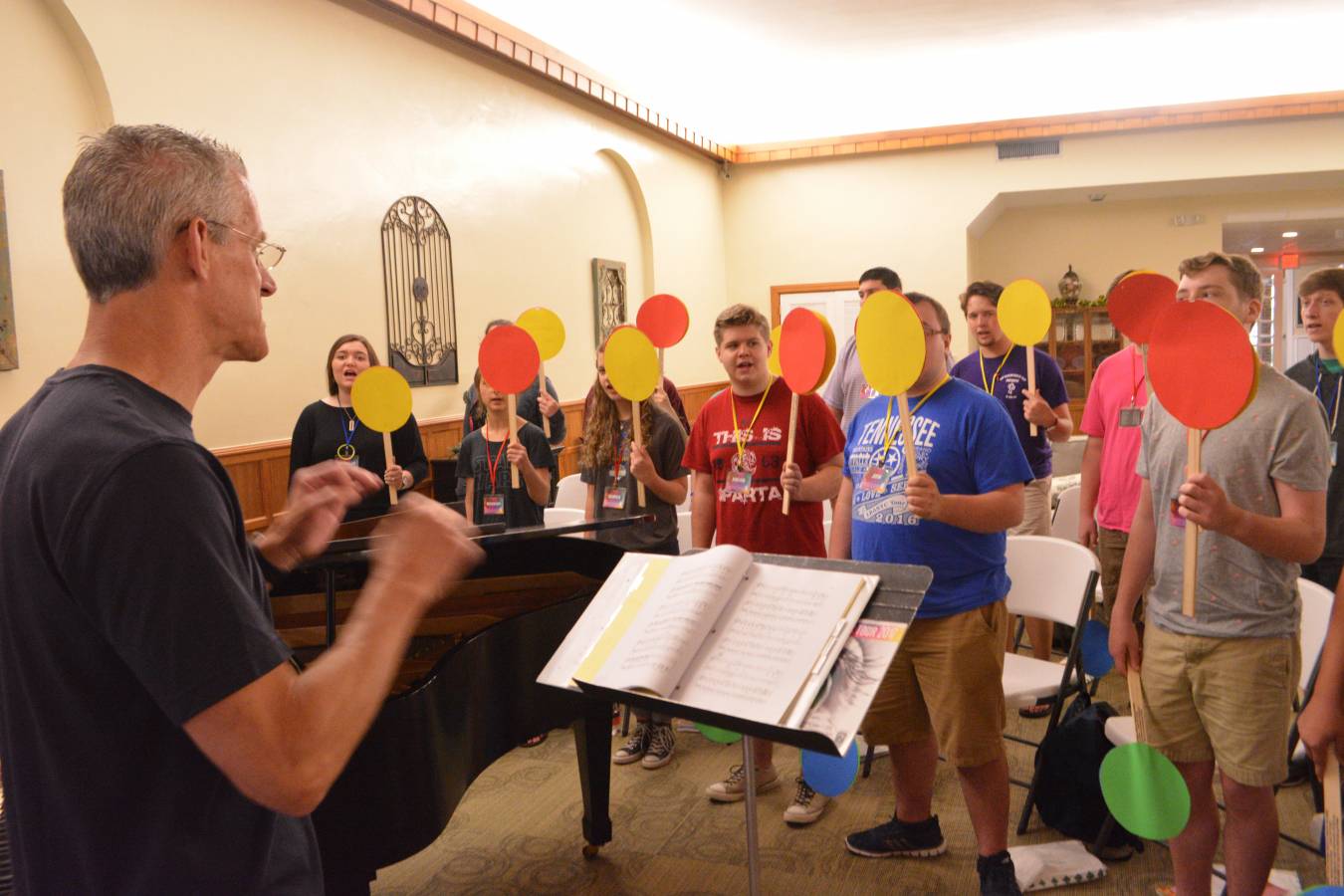 SHREVEPORT, La. (LBM) – Herb Armentrout could barely hold back the tears as he recently reflected on the more than 1,000 high school students with whom he has had the privilege of serving as Louisiana Baptists’ music consultant.

After 12 years of seeing Christ move in the students who participated annually in Louisiana Baptist All State Youth Choir tours in which he coordinated, Armentrout announced his departure from the position, effective Aug. 1.

A native of Daytona Beach, Florida, he surrendered his life to Christ at the age of 11 during a revival at the First Baptist Church in Daytona Beach. Eight years later, while attending Baylor University, he discovered a call to the music ministry.

While he served churches in Texas and Louisiana, Armentrout would eventually join the staff of Broadmoor Baptist Church in Shreveport in September, 1999. During his time at Broadmoor, the music consultant position became open and his daughter, Casey, asked if he would consider serving as the LASBYC coordinator.

Armentrout said the opportunity to lead choir on tour with his daughter as one of the participants was a motivating factor in his decision to take the position. His other daughter, Kirsten, and son, Jordan, joined him on other tours.

“I have served with a lot of kids in All State Choir over the years, but when it is your own children, that really is extra special,” he said. “I have seen the value of how the tours impact not only my kids but also the lives of the many others whom I have been fortunate enough to be a part of all these years.”

Armentrout said seeing the students boldly sharing the Gospel at concert stops that have included city parks, hospitals, prisons, rescue missions, special needs facilities and shopping malls in such cities as Birmingham, Alabama, Colorado Springs, Colorado, Chicago, and Houston were some of the most memorable moments he can recall.

After each concert, students often would remain behind to visit with people and many times would pursue opportunities to share the Gospel.

“One of my favorite times during the tours has been the evening sharing time, when the kids call out the names or a description of people they have encountered during the day,” he said. “It then becomes a concert of prayer, as you hear all these kids voicing prayers out loud.”

“As the week goes by, they become more comfortable in sharing their faith,” he continued. “For some of them, this will become the first time they ever decided to do so.”

Armentrout said such moments would not have happened without the support of his wife, Jana, Broadmoor Baptist Church, and the Louisiana Baptist congregations who for the past 36 years have sent their youth to be a part of All State Youth Choir.

While the students will certainly become better musicians for their participation in the choir, the true measure of success is the students sharing their experiences and faith with friends, family and acquaintances after they return.

Armentrout says he regrets his departure coincides with a canceled tour because of the COVID-19 pandemic, but he is confident God will use the students who were planning on going to Chicago this summer with the LBASYC to be on mission wherever they are.

Looking back, Armentrout simply concluded, “To God be the glory, great things He has done.”

By Will Hall, Baptist Message executive editor ALEXANDRIA, La. (LBM) – It’s a presidential election year, Louisiana has suffered another devastating natural disaster, and as Yogi Berra has said, “It's déjà vu all over again." In 2016, presidential candidate Donald Trump came to Louisiana just days after the … END_OF_DOCUMENT_TOKEN_TO_BE_REPLACED