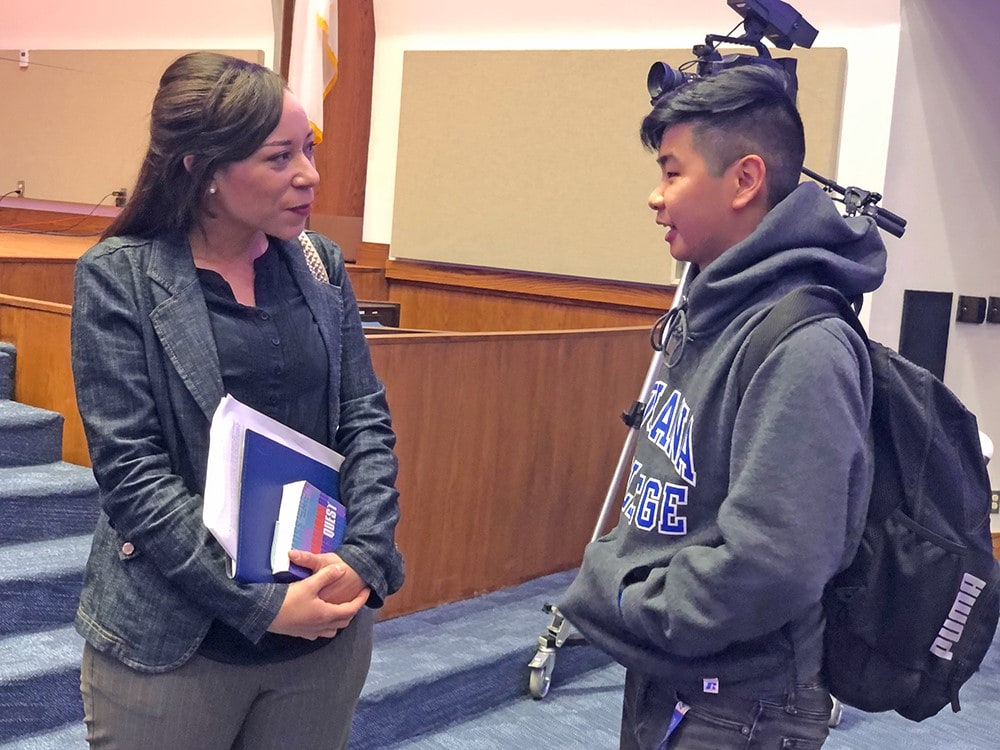 By My Sherie Johnson

Jess Archer shared insights from 1 Peter 4:1-11 in this regard during the Feb. 6 chapel service at Louisiana College.

“What does it mean to live out Christ’s victory?” asked Archer. “In order to have victory in Christ, a person has to know where they are in Christ, be obedient, and surrender to what Christ is doing in their life,” she explained. “The Lord can do a lot of things with all believers, but when that surrendered and obedient Christian says, ‘Lord, I’ll follow you in whatever way,’ that is when He gets the glory.”

Believers should remember Christ’s sacrifice and struggle to have hope through their struggles. Archer recommends anyone living in the flesh to confess and turn away from that sin, sit down with mature believers for guidance, pray, and study Scripture.

“We need to understand what Christ has already done on the cross, and know that the victory has already been won,” Archer said.

“I was super encouraged by today’s message,” said senior Convergence Media Major Chloe Berthelot. “I think the Gospel was really clearly presented in saying that we have hope no matter what we’re suffering through. Whatever life throws at us the word is sufficient for all of our needs.”

Today suffering can be thought of as anything difficult or unpleasant, and Archer said believers can find comfort because God is omnipotent, omniscient, and Jesus has suffered Himself.

Archer explained when believers suffer in this fallen world, they can have absolute assurance that God will be there. Since the Fall of Man, the world was stained by sin so believers in Jesus Christ are suffering.

“Living an obedient and victorious life can be hard, but it’s so worth it,” Archer said. “That only can be done if that person has a relationship with Christ with Christ upholding them.”

Jess Archer works for the Louisiana Baptists as the children and youth mission education strategist. Archer hosts children’s mission camps, and children’s mission events every Spring and Fall. She equips and trains church leaders by teaching, training, and speaking.

“Jess Archer continued our emphasis on 1 Peter that we began last Fall,” said Dr. Rick Brewer, president of Louisiana College. Students continue unpacking each chapel message both in their weekly Baptist Collegiate Ministries gathering and in small study groups led by students in various venues across the campus, he explained.

“This focused approach to Bible teaching and learning emphasizes personal growth and corporate discipleship,” Brewer said. “The commonality engendered with this method elevates the sense of unity we nurture among the entire Louisiana College family.”

My Sherie Johnson is a Convergence Media major at Louisiana College.

By Steve Horn ALEXANDRIA, (LBM)--You might be tired of hearing that we are living in unprecedented days, and, of listening to endless reports about the crisis, quarantine, social distancing, stay-at-home orders, and flattening the curve. I know I am. So, how about some good news? Our churches are … END_OF_DOCUMENT_TOKEN_TO_BE_REPLACED