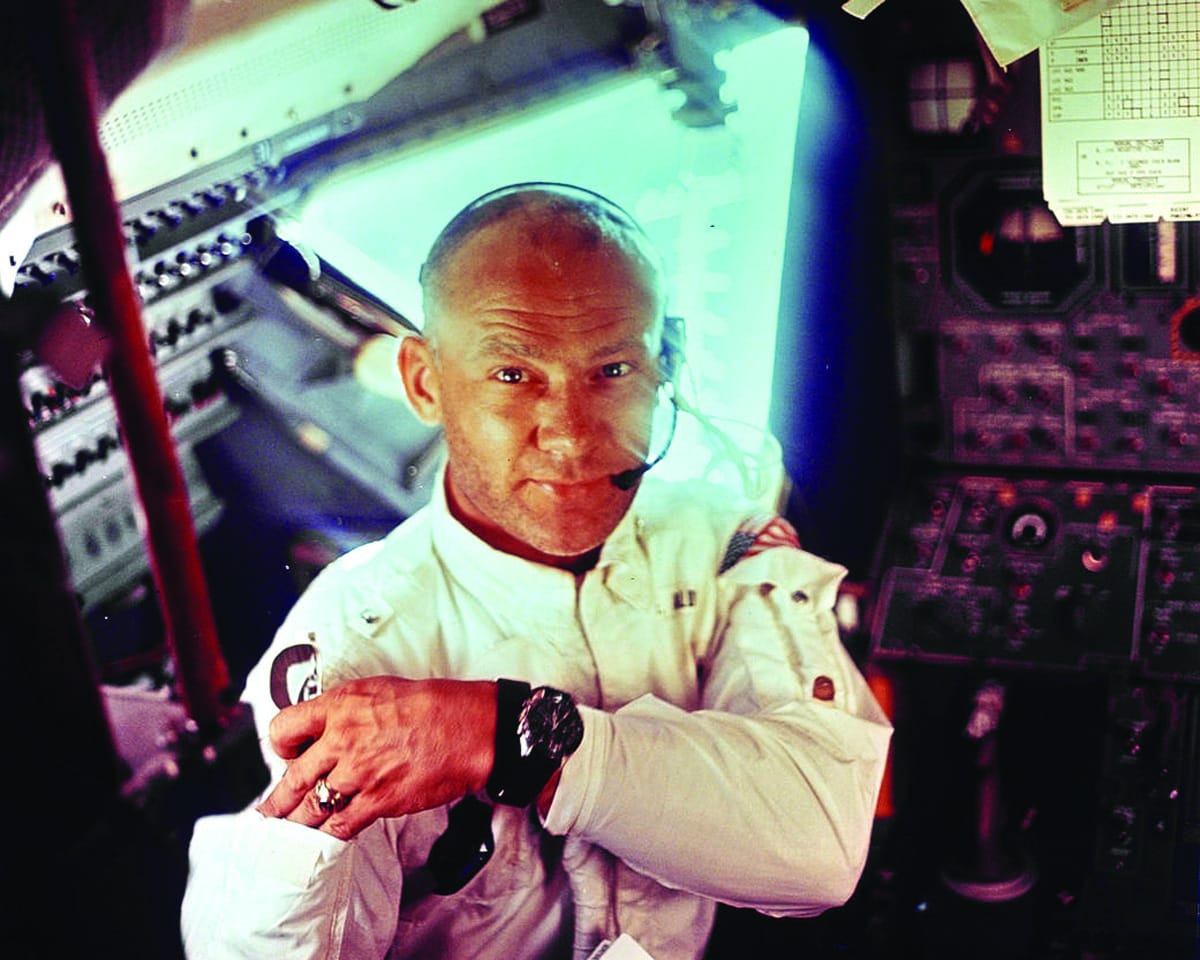 This interior view of the Apollo 11 Lunar Module shows Astronaut Edwin E. Aldrin, Jr., lunar module pilot, during the lunar landing mission. This picture was taken by Astronaut Neil A. Armstrong, commander, prior to the moon landing. NASA file photo

By Will Hall, Executive Editor

ALEXANDRIA (LBM) – The world is set to celebrate the 50th anniversary of one of man’s greatest achievements: the landing on the moon by an American astronaut crew. But few know that God was exalted in the lunar module before the historic “one small step for man, one giant leap for mankind” took place on July 20, 1969.

Mission commander Neil Armstrong made this grand declaration, broadcast to the world, as he became the first human to walk on the lunar surface.

But minutes earlier, lunar module pilot Buzz Aldrin asked the television audience watching on earth “to pause for a moment and contemplate the events of the past few hours and to give thanks in his or her own way.” He turned off communications and pulled out a package containing the elements of the Lord’s Supper. Then Aldrin read the words of Christ: “I am the vine, you are the branches. Whosoever abides in me will bring forth much fruit. Apart from me you can do nothing” (John 15:5).

Aldrin later explained in a number of publications that the blackout was the result of NASA’s heightened political sensitivity due to a lawsuit by atheist Madelyn Murray O’Hare. She had filed an objection to the televised reading of Genesis 1, months earlier, by the Apollo 8 crew while they were orbiting the moon on Christmas.

Still, Aldrin later wrote in his 2009 book, “Magnificent Desolation,” that he felt he had properly honored God by celebrating the Lord’s Supper on the moon, “much as Christopher Columbus and other explorers had done when they first landed in their ‘new world.’”

By Will Hall, Baptist Message executive editor ALEXANDRIA, La. (LBM) – It’s a presidential election year, Louisiana has suffered another devastating natural disaster, and as Yogi Berra has said, “It's déjà vu all over again." In 2016, presidential candidate Donald Trump came to Louisiana just days after the … END_OF_DOCUMENT_TOKEN_TO_BE_REPLACED