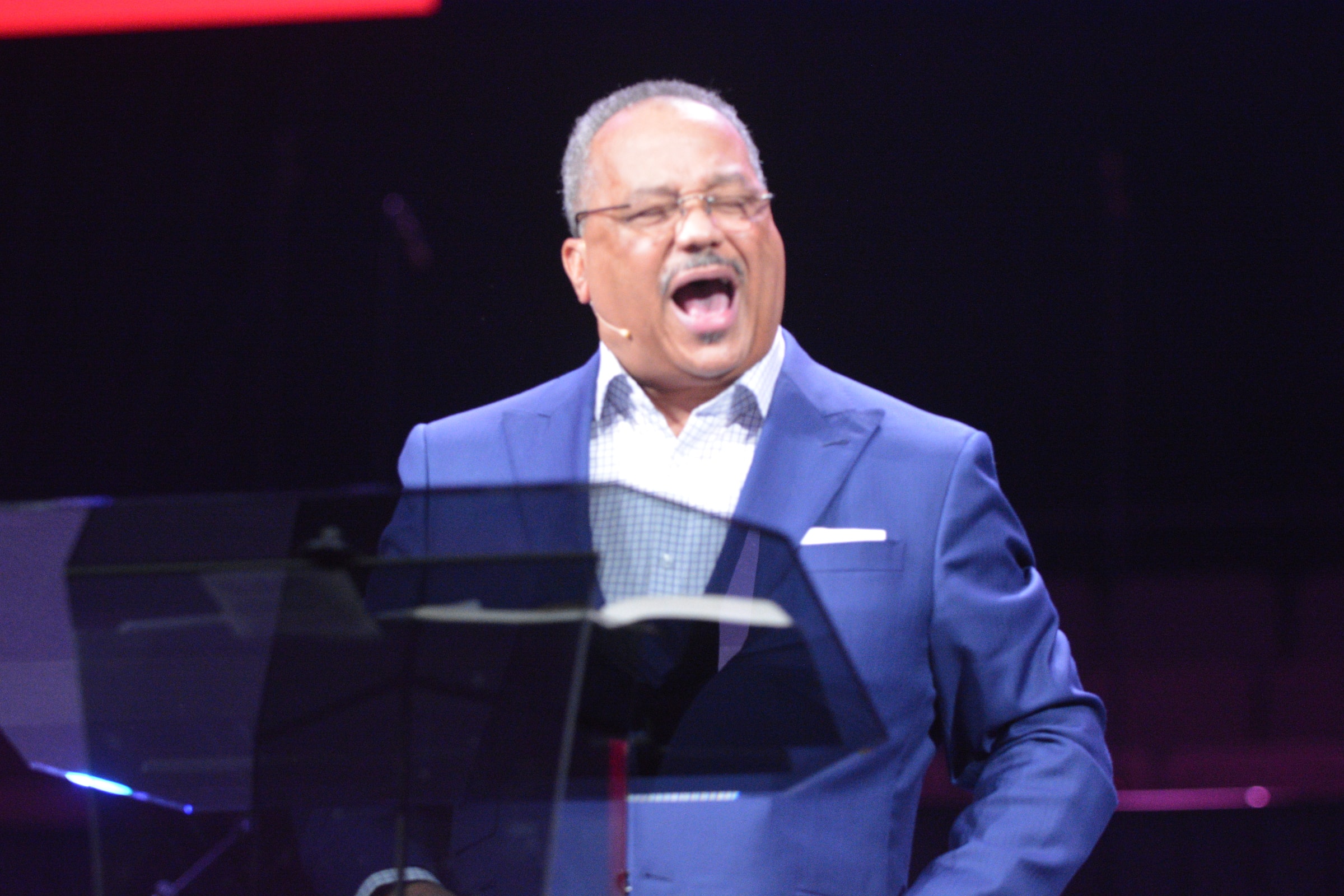 It’s hard to believe that this is the twelfth week since we have been able to come together as brothers and sisters in Christ to worship the Lord, and it’s all because of the COVID-19 virus affecting our nation.  It is contagious, lethal and deadly.

But as contagious, as lethal, and as deadly as COVID-19 has been, last week another virus was exposed in our nation, just as contagious and lethal.  The virus of racism is alive and well in black communities all across America, leading to the senseless, sad, and shocking deaths of African-Americans all across our nation.

Will Smith said it best when he said this week, “Racism isn’t getting worse in America.  It has always been bad; however, the only thing different now is that it’s being filmed.”  Jim Lewis, one of our members and a prolific author, said it this way when I talked to him: “Being a black man in America is dangerous and deadly.”

He’s right.  Because of racism, black lives are being taken needlessly all over America.  Racism is alive and well in America.  I know we’re trying our best to get through Coronavirus, but the truth is, we have another deadly virus we’re dealing with at the same time, so much so that we have protests erupting all over our nation with people from every religion and background, every age and walk of life.  People are uniting in the streets with a unified voice, saying “enough is enough.”  How long until we realize that we’re all in this together, that there is only one race: the human race?  When will we understand we are all human beings created in the image and likeness of God?

That’s why Genesis 1 says, “God created man in his own image.  In the image of God he created him.  Male and female, he created them.”  That’s why John 3:16 says that “God so loved the world that He gave his only begotten Son, the whosoever believeth in Him shall not perish, but have everlasting life.”  God so loved the world, and the world includes all ethnic groups; therefore we must together stand against racism, prejudice, bigotry hatred, violence, abuse of power, and discrimination—because we were all created in the image and likeness of God, we are all precious in his sight.

“What is your life?  It is even a vapor that appears for a little while and then vanishes away.”  And whenever someone dies, no matter how old they were, to their family members, life is too short.

Second, to deal with this virus called racism, we have to understand that death is sure. “Just as through one man, sin entered the world, and death through sin…”  Death is sure.  That’s why Hebrews says, “It is appointed to man once to die.”  And you can cancel your appointment with your doctor, your dentist, your hair-stylist, your mechanic if something comes up, but death is an appointment you and I cannot reschedule.  You can do all that you can to take care of your body, but all of us have an appointed time of death.  We don’t know when, where, or how, but death is sure.  Nobody escapes.  Nobody gets around it.  All of us one day will die.

Life is short, death is sure, sin is the cause.  And because sin is the cause, all have sinned and fallen short of the glory of God.  That’s why we have discrimination, racism, bigotry, hatred, and violence—because of sin, and because we have an enemy called Satan, who is the enemy of everything God ordained.

By Chuck Kelley Rhonda and I met on our first Sunday at Baylor University. We began dating during that freshman year, became an exclusive couple our sophomore year, publicly committed to a serious relationship in our junior year, became engaged in our senior year, and were married in June after graduation. We … END_OF_DOCUMENT_TOKEN_TO_BE_REPLACED