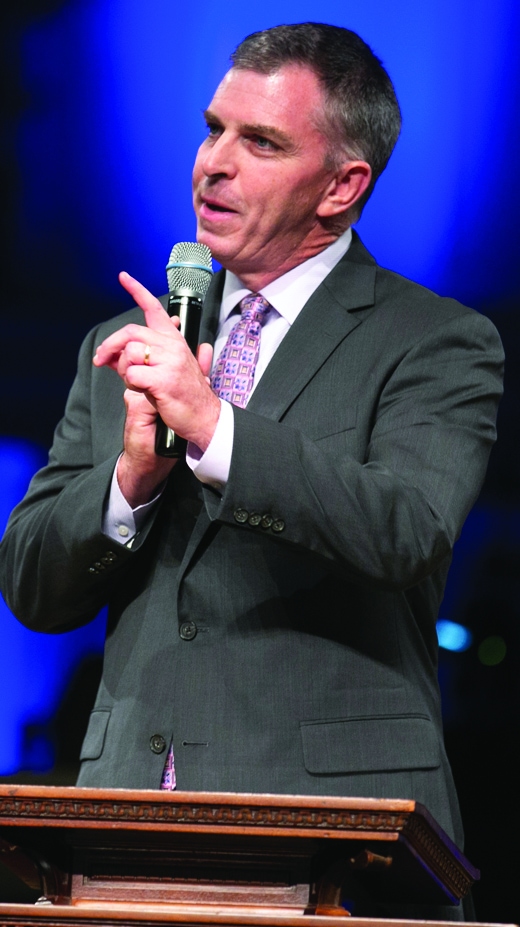 ALEXANDRIA, La. (LBM) – Messengers to the 2019 Louisiana Baptist Convention Annual Meeting, Nov. 11-12, will have the opportunity to learn about the status of the various goals and action steps outlined in the President’s 2020 Commission which is nearing its final year.

Approved by messengers at the 2013 Louisiana Baptist Convention annual meeting, the 2020 initiative, led by then LBC President Waylon Bailey, pastor of First Baptist Church in Covington, seeks to reach every generation and every people group in Louisiana with the Gospel by the year 2020 through the avenues of congregational revitalization, church planting, communications and collaboration.

The 2020 recommendations were crafted collaboratively by a commission of 400 Louisiana Baptist leaders, staff members and laypeople, working in 20 subcommittees of 20 members each.

“I believe Louisiana Baptists will be encouraged by some of the progress made over the last six years,” said recently elected Louisiana Baptists Executive Director Steve Horn. “On the flip side, they’ll also discover many areas that need our continued prayers, attention and resources as we continue to work towards fulfilling the goals outlined in the report.”

Horn will share more about the update during the Monday evening session of the annual meeting, which will take place at the Randolph Riverfront Center in Alexandria. The theme of this year’s meeting is “Renew,” based on Isaiah 40:31.

“I need to be renewed,” continued Horn, “every person and every church would benefit from God’s renewing touch so I’m praying Louisiana Baptists will turn out for this year’s meeting and let’s ask God to do what He wants to do if we’ll yield to His word and His will.”

Messengers also will vote on a Cooperative Program budget that is leaner than the previous year, yet not as large of a reduction as messengers approved in three previous years.

Approved during the Executive Board’s Sept.24 meeting at Tall Timbers Baptist Conference Center in Woodworth, the 2020 financial plan is based on expected Cooperative Program contributions of $18,653,700, a decrease of $160,118. Cooperative Program projections are based on actual receipts from August 2018 through July 2019.

This equates to $12,206,651 in Cooperative Program funds for Louisiana Baptist missions and ministries.

The update on the 2020 Commission and a vote on the budget are just two of a number of important items which will be addressed this year.

Tuesday will feature messages from Jeffery Friend, pastor of Suburban Baptist Church in New Orleans; and Clint Pressley, pastor of Hickory Grove Baptist Church in Charlotte, N.C. Other items on Tuesday’s agenda include reports by the convention’s entities; updates on state missions; approval of motions and election of officers.

Gatherings for Nov. 11 include:

Gatherings for Nov. 12 include: