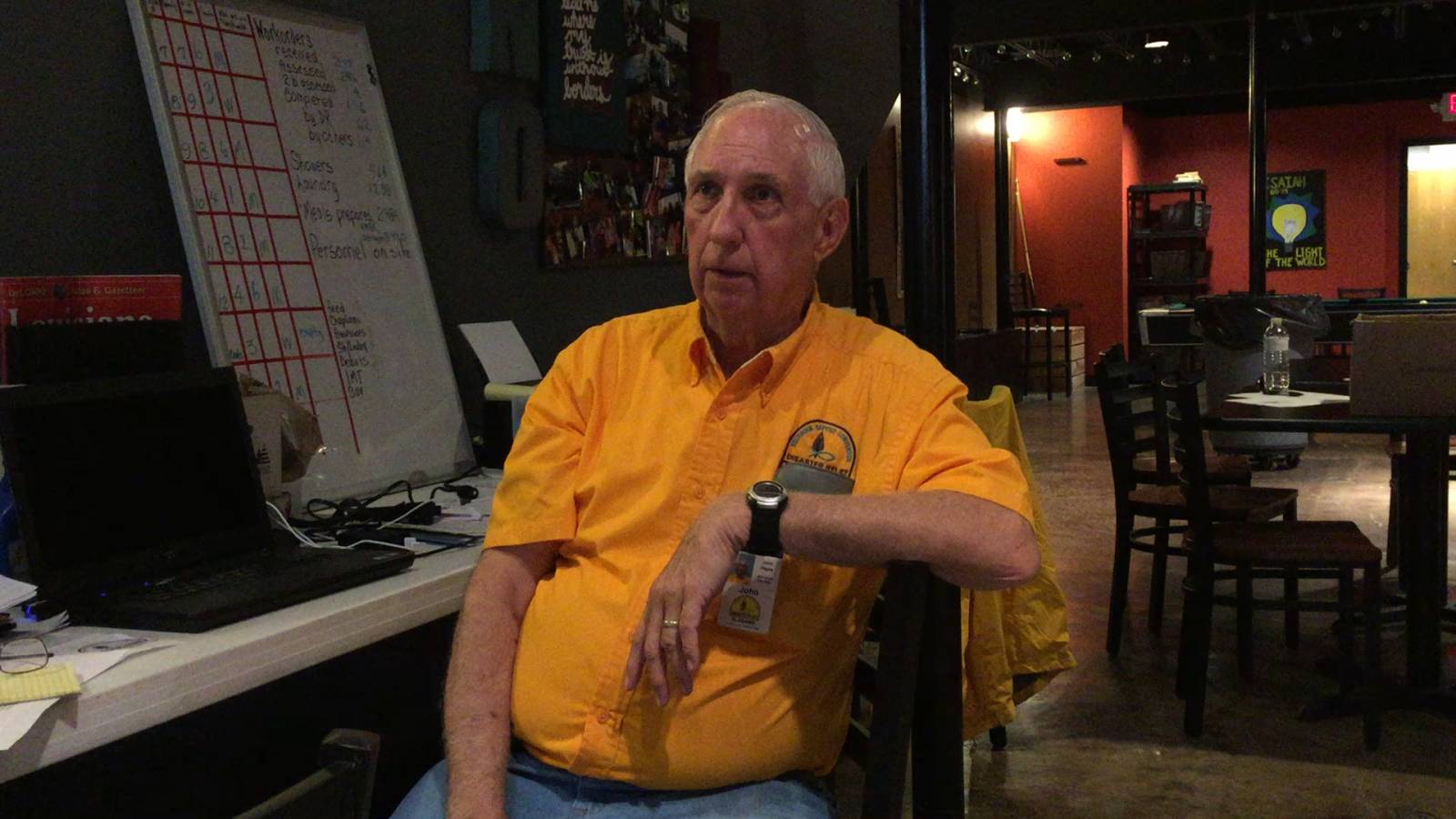 From Japan to Haiti … from Missouri to Oklahoma … to New Jersey to Colorado, the Alabama Baptist Disaster Relief volunteer has responded. His latest stop just happens to be in hard hit Monroe at North Monroe Baptist Church where he is serving as the head of the incident command center.

An 18-year veteran of Southern Baptist Disaster Relief work, Hayes is spending this week at the command center coordinating teams responding to requests for work on homes damaged by last month’s historic flooding.

Since the incident command center opened, teams have received 297 requests for work and completed 176.

Hayes said teams from Alabama, Florida and Oklahoma that are stationed at the church are receiving as much of a blessing working on the homes damaged in the flooding as the homeowners themselves.

“The main thing is we work with the people,” Hayes said. “We also minister to them as we try get them back into a life of normalcy.

“It’s not about cleaning out the houses, it’s not about cutting the tree out or feeding them,” said Hayes. “It’s to minister to the individuals. It’s about making their life better and to tell them there is still hope at the end of the road.

“It’s not over just because you lost your house,” Hayes said. “Jesus has a reason for what has happened but he’s also has a solution as well. He’s going to take care of the problems that you have.”

By Joe McKeever Freely you have received; freely give. (Matthew 10:8) JACKSON, Miss. (BP) -- Dr. Watson was complimenting Sherlock Holmes on a brilliant observation no one else had noticed. "Of course," Holmes remarked. "It's what I do." Forgiveness and grace -- that's what we believers do. Here is … END_OF_DOCUMENT_TOKEN_TO_BE_REPLACED