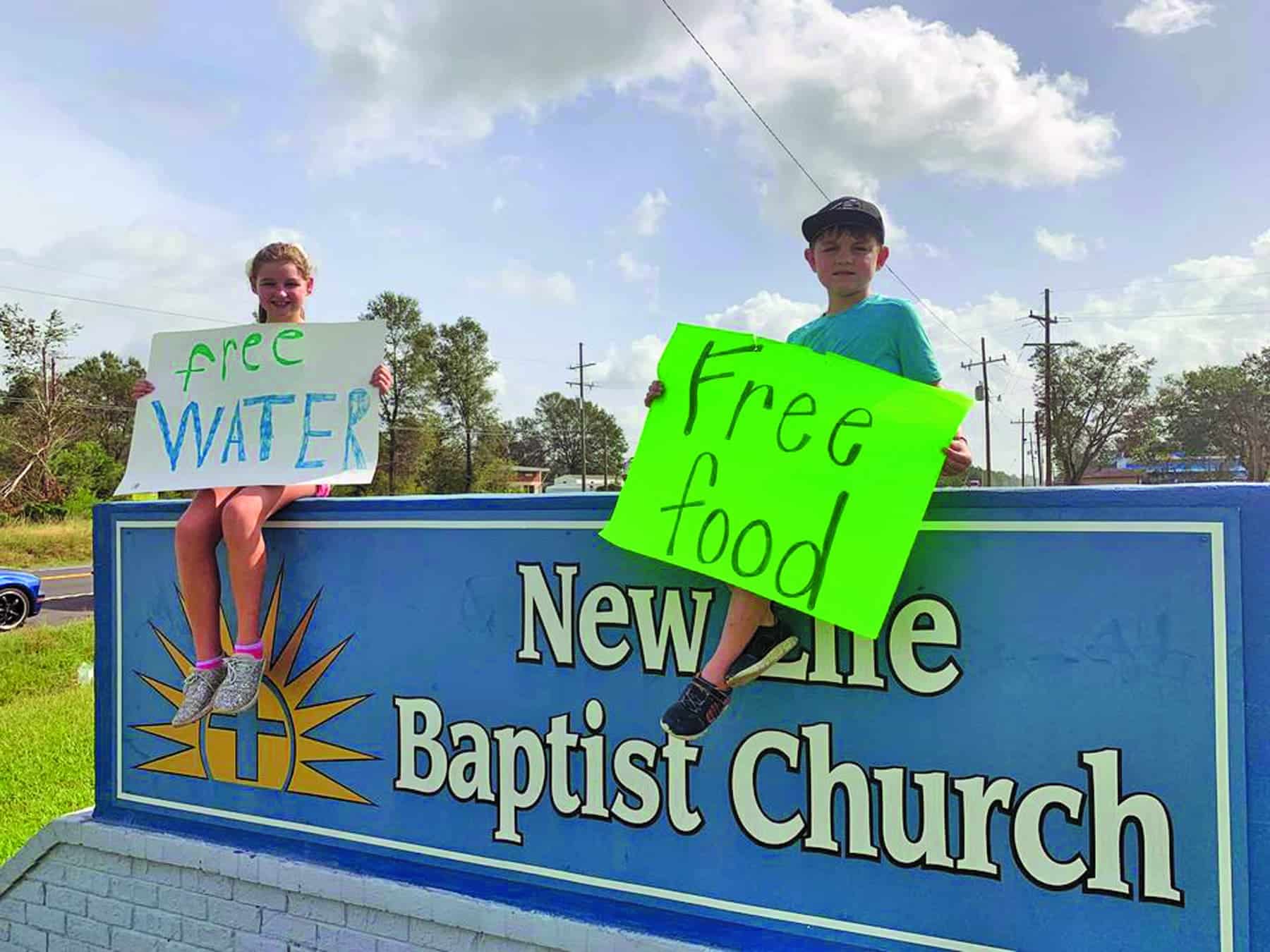 Two youngsters wait near the entrance to New Life Baptist Church, DeRidder, as motorists make their way onto the church parking lot in September to receive supplies in the aftermath of Hurricane Laura. Countless churches and other organizations have ministered to residents impacted by Hurricanes Laura and Delta. Brian Blackwell photo

DERIDDER, La. (LBM) – New Life Baptist Church in DeRidder suffered no damage from Hurricanes Laura or Delta but had to meet without electricity for several weeks. But, acting as a hub for responding to others’ needs, the church opened its doors to host four church groups that came to serve the community with food and other supplies.

Pleasant Grove Baptist Church in Jonesville, sent about 20 members who spent just one day to gut out the home of New Life’s worship leader, Jennifer Stark. The roof was destroyed, and the interior was completely soaked. Still wrestling with their insurance company, the Starks’s home is not yet completely repaired.

Pastor Keith Manuel expressed deep gratitude for all the churches that sent help. “We are thankful for those who came into this devastated area to give their time and resources to help people who were suffering through the most desperate days of the disaster. They helped our community, and they shared the Gospel.”

Manuel said the church saw four professions of faith from among five unexpected visitors to the church in January. A mother and her son committed their lives to Christ. Three teens who work at a local pizza restaurant owned by a church staffer visited New Life. Two of them also professed Christ as Savior.

LAKE CHARLES, La. (LBM) – Mount Pilgrim Baptist Church in Lake Charles had just completed construction of a youth center when Hurricane Laura blew through. The new structure survived, but the other church facilities were all damaged.

“We saw that as a mandate from God to use the building as a conduit to serve our community,” said Pastor E.J. Kemper, who cited this verse as a motivating factor: “For God has caused me to be fruitful in the land of my affliction,” Genesis 41:52. 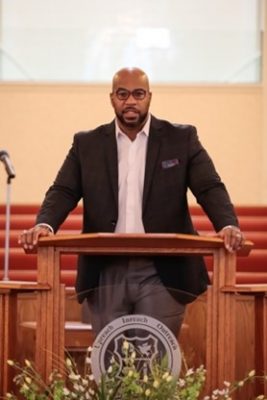 From August to December, Mount Pilgrim served as a center for hot meals and cleaning supplies almost every weekend. “Many churches saw what we were doing, and they helped us serve our community,” Kemper said.

The Louisiana Baptist Convention helped provide three tractor trailer loads of disaster relief supplies, he said, and it was DOM Bruce Baker of the Carey Association who allocated funds for the church to rent a forklift for offloading pallets.

“We used the forklift for almost four months,” said Kemper, who also noted how indispensable the forklift was for ministry.

“Mount Pilgrim had never experienced one of the best parts of Southern Baptists, and that is bringing resources to meet needs,” Baker said. “This was the first time this pastor and church saw that happened.”

“Bruce also connected us with pastors. He advocated for us among others who came to help us, too.” Kemper said. These connections reached all the way to a Texas church that sent a $1,000 gift to a Mount Pilgrim family that had lost everything. Kemper said a daughter of this family moved to Texas and was seeking a church to join. She joined the very church that had sent the gift: First Baptist Church in Pearland.

Mount Pilgrim returned to in-person worship services not long after the hurricane. Twenty-five of the 75 who attended were first time visitors.

“When we had conversations with them, they said the reason they visited was because of the tangible and visible presence of the love of Jesus Christ; that’s why they responded to us,” Kemper said.

The church has since shifted to on-line ministry, and 12 people have become members through that medium.

“We have seen a side of God that many of us never would have seen if it weren’t for hurricanes and the pandemic,” Kemper said. “We saw how God provided through the Carey Association and though others who were just as needful as we were. These are kindnesses we will not soon forget.”

DRY CREEK, La. (LBM) – An engineer’s report detailed the damage to the roofs of the auditorium and educational building of Cherry Grove Baptist Church: both were rendered unsound by Hurricane Laura.

Then Hurricane Delta unleashed 100 mph gusts on the roofs and dumped hundreds of gallons of water into those facilities through the porous roofs.

Pastor Josh Eubanks told the Baptist Message that members voted Feb. 14 to build another auditorium, and he believes new construction will enhance church ministry that has been trending in the right direction, but slowly. 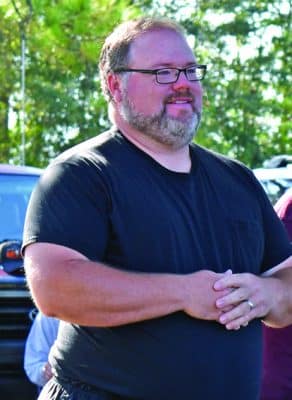 dio so that those who attend but remain in their cars due to coronavirus concerns.

“This seems to be working well,” Eubanks said. “I spend most of the song service in the parking lot talking with the people.”

About 50-to-75 worshipers are evenly split between the two venues, he said. Longtime members have returned, and some new people are attending, too. But the loss of the worship center and the lack of facilities to care for children are hindering attendance.

“The people who attend enjoy a sweet fellowship, a solid fellowship. God is doing a good work among them,” Eubanks said. “We are enjoying some of the best times of ministry ever.”

The Eubanks live temporarily in the church parsonage in Dry Creek because their home in DeRidder is uninhabitable; and insurance negotiations are ongoing.

“This has been one of the most challenging times in our lives,” Eubanks said. “Still, church ministry has not added any stress,” Eubanks said. “The folks are not burdensome with their expectations. Instead, they make ministry easy and fun, and that’s a rare find these days. I can’t say enough positive things about the folks at Cherry Grove. They are amazing people.”

By Don F. Mabry ALEXANDRIA, La. (LBM)-- The number of churches in our country constantly is changing and it is very difficult to acquire information from the various denominations, but estimates indicate that there are 330,000 Christian churches and congregations in the United States today. But the question … END_OF_DOCUMENT_TOKEN_TO_BE_REPLACED