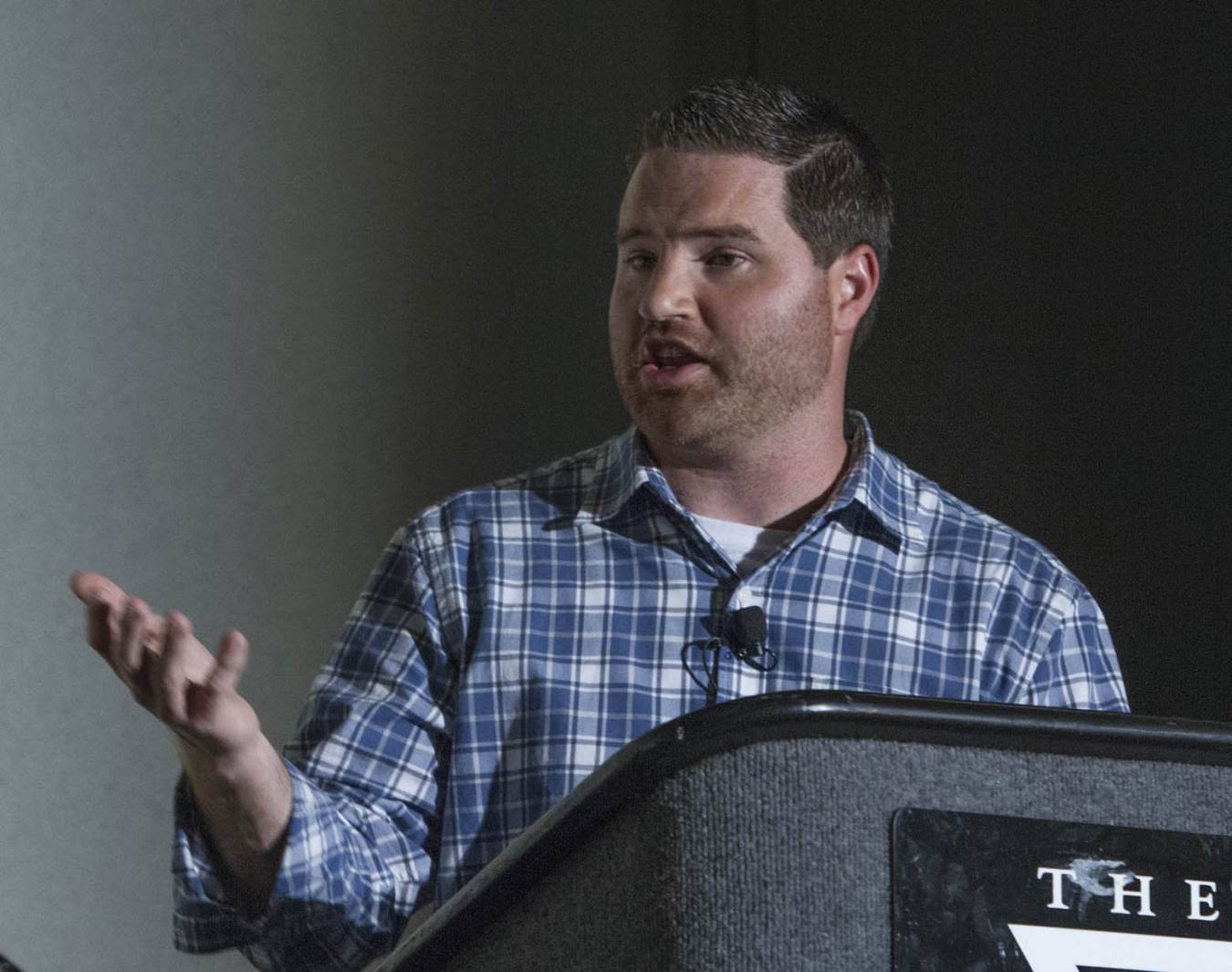 NASHVILLE (BP) — With same-sex marriage now legal in all 50 states, pro-gay activists are shifting their focus to issues like alleged workplace, housing and public accommodations discrimination. Some have even proposed stripping churches of their tax-exempt status and legalizing polygamous marriage.

Pro-LGBT activists view the Supreme Court’s legalization of gay marriage “as a means to a greater end,” said Jon Akin, pastor of Fairview Church in Lebanon, Tenn. — “a huge means, but I certainly don’t think it’s the end. I think many will not be happy” if the advance of gay rights “doesn’t go further.”

Akin, a member of the Ethics & Religious Liberty Commission’s leadership council, has helped equip Fairview’s members to share Christ with the homosexual community and respond to pro-gay activists. He told Baptist Press that in his experience, the push for expanded LGBT rights typically “doesn’t come from animus of any kind. It stems from wanting cultural affirmation, seeing any form of discrimination as inequality.”

Following the June 26 Supreme Court ruling, the advocacy group Freedom To Marry said it would shut down and redeploy many of its resources to a new group called Freedom For All Americans, NPR reported. The new group’s website says its goal is “to ensure that all LGBT Americans are afforded comprehensive protections from discrimination.” The group is representative of a larger shift among gay marriage advocates, according to NPR.

Freedom For All Americans lists among its goals “to persuade Congress and the President to adopt explicit statutory protections ensuring freedom from discrimination for all LGBT Americans in housing, employment and public accommodations.” Such protections must not include “overly broad and harmful religious exemptions that will encourage employers, business owners and others to choose to disregard [LGBT] protections,” according to the group’s website.

Freedom For All Americans hopes to win similar legal protections at the state and local levels, noting that currently “28 states have no explicit protections for sexual orientation and gender.”

Some Christians counter that forbidding all discrimination based on sexual orientation could force churches, Christian colleges and universities, and other Christian nonprofit organizations to hire open homosexuals contrary to their sincerely held religious beliefs. Housing nondiscrimination ordinances could, among other pitfalls, force evangelical seminaries to offer married housing to same-sex couples. Public accommodations laws could permit persons who identify as transgender to use restrooms and locker rooms that do not correspond to their biological gender.

Russell Moore, president of the ERLC, warned of threats to religious liberty in a June 26 conference call with members of the media. Religious colleges and universities as well as organizations with government contracts could face challenges to their fundamental rights in the days ahead, Moore said.

“Religious liberty is the next front in this skirmish in American life,” Moore said. “And one of the most tragic results we could possibly see is an unrelenting culture war from secular progressives against those who dissent, because of deeply held religious convictions, [from] this new definition of marriage and sexuality in American life.”

The tax-exempt status of churches and other Christian organizations could be one front in the continuing struggle related to LGBT rights. Two days following the Supreme Court ruling, TIME published an op-ed article arguing that tax exemptions should be removed from “organizations that dissent from settled public policy on matters of race or sexuality.”

TIME writer Mark Oppenheimer, who also writes a biweekly column for The New York Times, argued that exempting churches from taxes is equivalent to providing them with government subsidies — in effect, forcing citizens to fund their religious viewpoints.

Denny Burk, professor of biblical studies at Boyce College, responded in a Federalist article that “the real intent of removing tax-exempt status is to cripple the institutions that continue their dissent from the sexual revolution.” Churches in urban areas would be “immediately vulnerable” in the event of a tax exemption loss because they would be liable to hefty property taxes on their real estate settings.

“Legal gay marriage is not the endgame for the gay-rights movement,” Burk wrote. “It never was. Moral approval is the endgame. The agenda is not tolerance for different beliefs and lifestyles. The agenda is a demand that everyone get on board with the moral revolution or be punished. That means if you or your church won’t get with the program, then the revolutionaries will endeavor to close you down.”

Another potential battle could revolve around the legalization of polygamy. The same day the Supreme Court issued its ruling, an article posted at Politico.com argued, “Now that we’ve defined that love and devotion and family isn’t driven by gender alone, why should it be limited to just two individuals? The most natural advance next for marriage lies in legalized polygamy.”

Author Fredrick deBoer argued that, during the fight for gay marriage, LGBT activists said legalized gay marriage would not lead to legalized plural marriage because they had a “short-term political need” to counter social conservatives’ “slippery slope” argument. “But times have changed,” and sexual revolutionaries can now admit this logical implication of redefining marriage, he wrote.

Chief Justice John Roberts made a related observation in his dissent to the gay marriage ruling.

“Although the majority randomly inserts the adjective ‘two’ in various places,” Roberts wrote, “it offers no reason at all why the two-person element of the core definition of marriage may be preserved while the man-woman element may not.”

Jim Denison, a cultural commentator and chair of the advisory board for Dallas Baptist University, noted that multiple pro-LGBT activists have advocated plural marriage. “Why would the sexual revolution stop with polygamy?” he asked rhetorically.

“The next step,” Denison wrote in a blog article, “would be ‘consensual marriage,’ the belief that anyone should be able to marry anyone, regardless of age or biological relationship. If those in love are entitled to marriage, why not fathers and daughters (or sons)? Why not adults and children? If federal and state marriage benefits are owed to anyone who marries, why would a young man not marry his grandfather to secure medical care and inheritance rights?”

A June 26 Huffington Post article suggested yet other issues pro-gay advocates are likely to address following their Supreme Court win:

— The lack of gender-neutral restrooms in public places;

— The supposed need for bans on gay conversion therapy;

— Acceptance of homosexuals in sports, politics and entertainment;

— The supposed need to permit military service by transgender persons;

— The supposed need to lift restrictions on gay men giving blood; and

A Massachusetts pro-gay activist told NPR there should also be an “LGBT-inclusive curriculum” in public schools that would explain the significance of key homosexuals in history.

Faced with such challenges, Akin, the Tennessee pastor, said followers of Jesus should teach God’s standards of marriage and sexuality in their churches, exercise biblical church discipline when church members reject God’s standards for human sexuality, and stand for God’s truth amid the culture in a firm but winsome manner.

“We should always recognize that lost people aren’t our enemies,” Akin said. “Satan is the enemy. So we’re called to love our neighbor regardless of our neighbor’s sin.”

By Joe McKeever “‘…your ways are not my ways,’ saith the Lord.”  (Isaiah 55:8) Keep an eye on how the Lord works in your life. You might learn something useful for the next time He wants to use you. This little couplet seems to sum up 90 percent of what Scripture and life teach us concerning the operation … END_OF_DOCUMENT_TOKEN_TO_BE_REPLACED