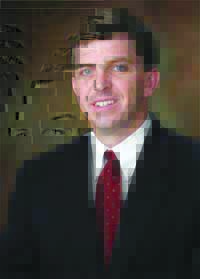 By Steve Horn, President of the Louisiana Baptist Convention and Pastor of First Baptist Church, Lafayette

LAFAYETTE – Abraham’s story in Genesis 12 is a model story of what it means to take God at His word and obey. I have always been amazed at Abram’s faith depicted in this account. As I have often summarized about this story, “God said to Abram ‘Get up and go,’ and Abram got up and went.”
The part of the story that I want to isolate is not Abram’s journey to the land of Canaan, but instead what he did when he got there. He built an altar.
In fact in Abram’s case, we see a series of altars. In Chapter 12, we have two initial altars:
7 Then the LORD appeared to Abram and said, “I will give this land to your offspring.” So he built an altar there to the LORD who had appeared to him. 8 From there he moved on to the hill country east of Bethel and pitched his tent, with Bethel on the west and Ai on the east. He built an altar to Yahweh there, and he called on the name of Yahweh.
In chapter 13, we see the indication of additional altars. The first is the return to the altar between Bethel and Ai:
1 Then Abram went up from Egypt to the Negev—he, his wife, and all he had, and Lot with him. 2 Abram was very rich in livestock, silver, and gold. 3 He went by stages from the Negev to Bethel, to the place between Bethel and Ai where his tent had formerly been, 4 to the site where he had built the altar. And Abram called on the name of Yahweh there.
And, then once more in chapter 13, we read about the building of an altar:
18 So Abram moved his tent and went to live near the oaks of Mamre at Hebron, where he built an altar to the LORD.
When did Abram build these altars? Immediately! He built the altar when arrived at a place to establish a home.
Why did he build these altars? He built the altar to worship God.
Where did he build? He built at the new places he arrived to establish a home.
All of this speaks to the priority of worship!
Did Abram always build an altar?
Sadly, Abram did not always build an altar. His encounter with the Pharaoh in Egypt, Genesis 12:10-20, tells us that part of the story.
Do you see the lesson?
When worship is not the priority, we are most susceptible to disobedience.
We cannot neglect worship in our lives. We cannot neglect corporate worship. Corporate gathering of worship must be a priority in our lives. We cannot neglect individual worship. Daily worship must be a priority.
When we make one step away from worship, we are making a step toward disobedience.
Do you need to go back between Bethel and Ai?

By Lane Corley Olive trees produce one of the most desired and sought after fruits around the world. The trees can live for thousands of years. The olive and the olive tree is spoke of in the Bible on numerous occasions. Including a few references to family life, like in Psalms 128:3 – “Your children will be … END_OF_DOCUMENT_TOKEN_TO_BE_REPLACED