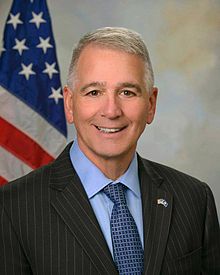 By Office of Congressman Ralph Abraham

WASHINGTON, D.C. – Congressman Ralph Abraham (R-Alto) issued the following statement in response a vote May 18 on the Agriculture and Nutrition Act of 2018, commonly known as the farm bill, failed on a 213-198 vote.

“Today a small group of Republicans joined Democrats to block the best chance we had to institute work requirements for food stamps so that people can lift themselves out of poverty and enter the workforce,” said Abraham, a member of Alto Baptist Church. “I know that Democrats have vowed to block bills like this that President Trump supports, but Republicans should be working together instead of holding each other hostage over unrelated issues. This was a good Farm Bill that implemented work requirements for SNAP and provided the policies our farmers rely on for planning so that they can keep feeding this country. Those who voted “no” turned their backs on President Trump and the American farmer. They need to get on board so we can pass this bill that is critical to the success of American agriculture.”

By Steve Horn ALEXANDRIA, La. - At the risk of sounding like the cartoon character, The Born Loser, I confess to you that I’ve had my share of losing. In four seasons as a high school football player for example, we won 6 of 40 games and 2 of those 6 were taken away for using an ineligible player. I’m not … END_OF_DOCUMENT_TOKEN_TO_BE_REPLACED