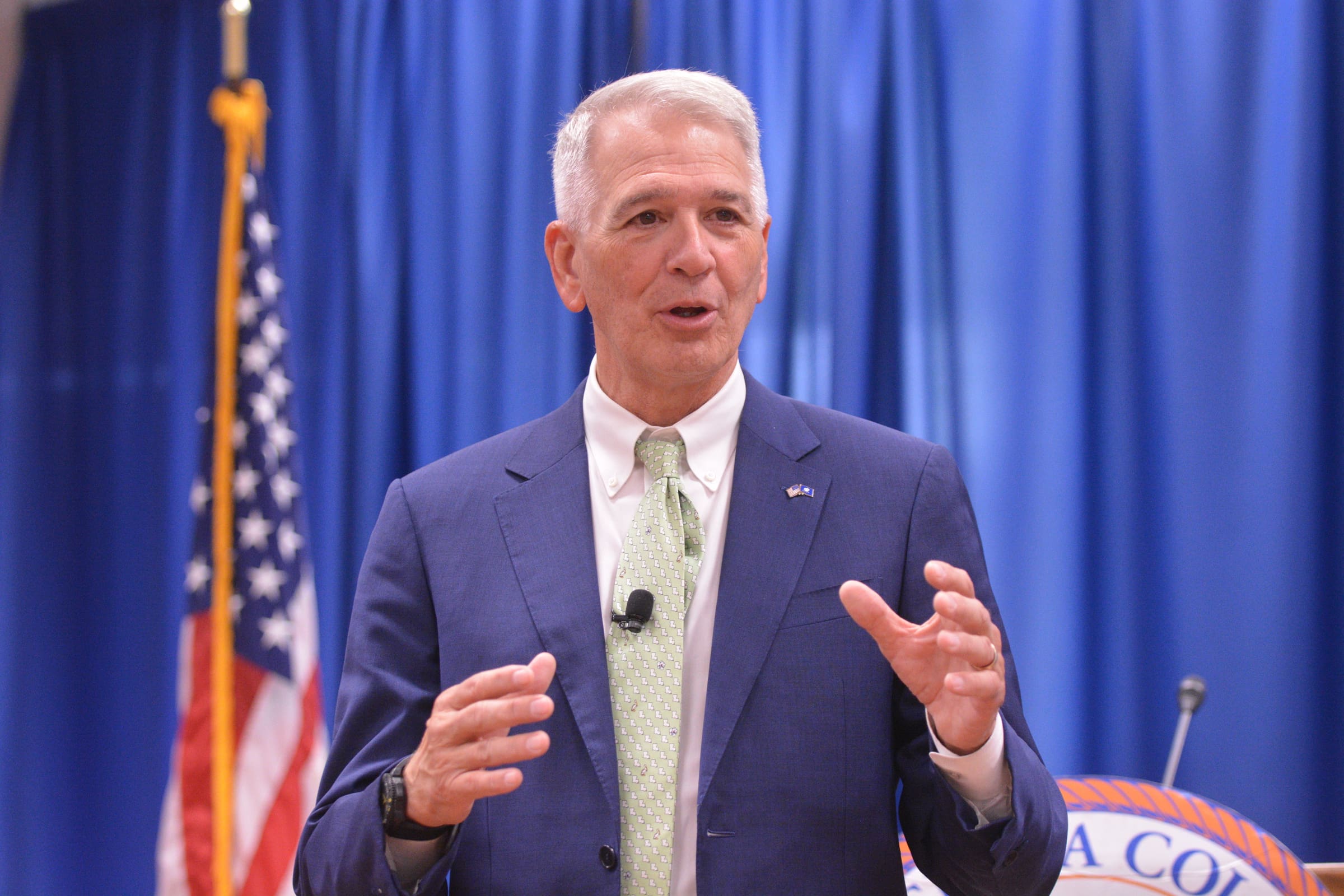 PINEVILLE – Congressman Ralph Abraham championed his gubernatorial vision for tax cuts and attracting new businesses to the state during a July 31 meeting of the North Rapides Business and Industry Alliance.

Abraham, who is one of three candidates for governor and a member of Alto Baptist Church, told a crowd gathered in Louisiana College’s Granberry Conference Center that, if elected, he would better position the state to end a recent streak of last-place finishes in an annual ranking of quality of life measures by the U.S. News & World Report.

“We are going to incentivize businesses to come, stay, grow and give that living wage job with benefits,” Abraham said. “If we do that, then they can invest and they grow.”

Among the ideas he presented to stimulate the economy in central Louisiana is the proposed Interstate 14 that would run from Texas through South Carolina, incorporating Louisiana Highway 28 between Texas and Mississippi, as a strategic highway connecting military bases to deep water ports for ease of shipping heavy combat equipment overseas. Abraham is a member of a multi-state caucus advocating for HR 6111, which would build existing roads into the congressionally designated highway.

“The I-14 corridor would be huge,” Abraham told the Baptist Message after the meeting. “It wouldn’t be just for central Louisiana, but the whole state and the whole south because it connects those military bases. It would serve as a conduit for billions and billions of dollars of cargo moving back and forth through the state.”

Abraham also told business leaders he would strive for more taxpayer money being dispersed at the local level.

Abraham also advocated for reforms in the automobile insurance industry as well as the state tax structure, which he called “convoluted,” and legal system.

Additionally, he gave the Baptist Message an update on his efforts to promote Louisiana as the best location for the soon-to-form Space Command.

“We’ve got Barksdale. We’ve got the Cyber Innovation Center and Boeing and Lockheed Martin,” he said. “Right here in Alexandria, you’ve got the hub of what we need to bring the Space Command to Louisiana. I want it. We’re going to keep working for it.”

By Waylon Bailey Recently, I saw a tweet on Twitter that asked the question, “What would Jesus do in the midst of a worldwide pandemic?” No answer to the question was given, but the author obviously had an agenda and a suggested answer. The good news is that it led me to really ask, “What would Jesus … END_OF_DOCUMENT_TOKEN_TO_BE_REPLACED