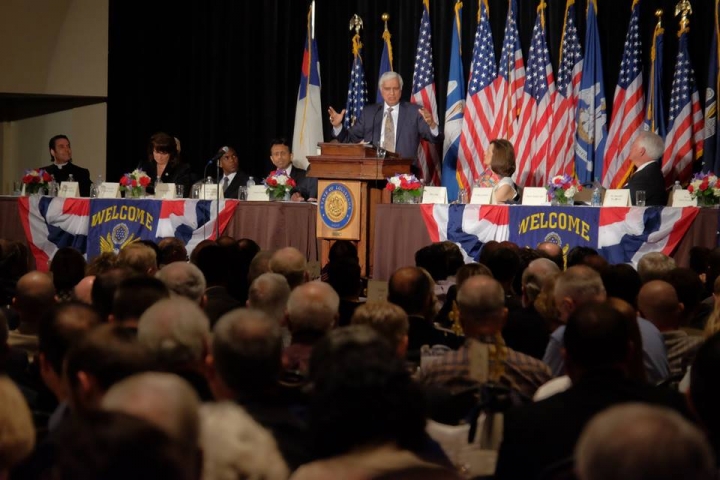 Ravi Zacharias asserted the Gospel provides three bridges for the current cultural chasm on same-sex relationships and the longing for identity and intimacy by members of the gay community are longings of every human being. "This is where the Gospel enters as the only way to bring us together," he wrote.

NORCROSS, Ga. — Christian apologist Ravi Zacharias issued a call July 16 for Christians to apply the Gospel in three ways – what he calls “bridges” – to the current cultural divide on homosexuality.

“Liberalism is not just a political term. What has happened in our world was foreseen a few decades ago. Changes were underway then and we were taken by storm from within,” he continued. “Culture at large moved unabashedly towards the mockery of the Christian worldview . . . But the Church is really where the titanic shifts in the culture started,” he continued.

“As the liberal church swung to the extreme of religion without absolutes, the evangelical church flirted with emotionalism without intellect, while some of the mass distributors of spirituality peddled a cosmetic version of truth that was hollow,” he said.

Zacharias asserted the Gospel provides three bridges for the current cultural chasm on same-sex relationships and the longing for identity and intimacy by members of the gay community are longings of every human being. “This is where the Gospel enters as the only way to bring us together,” he wrote.

“Indeed, the first bridge of the Gospel is that my identity is found in Jesus Christ because of whom I must tame my passions. My identity dictates my behavior,” Zacharias stated.

One’s relationship to Christ, Zacharias argued, changes human behavior from “what attracts us to what we act upon.” Giving in to sexual attraction does not bring lasting happiness or purpose he claimed. “It is only in the keeping of the body as the temple that the sacred I upheld and the grace of God brings conviction and restraint . . . Temporal allurements are ultimately unfulfilling without a spiritual bonding and binding. It is the eternal that must guide the temporal,” he wrote.

Intimacy is the second bridge provided by the Gospel according to Zacharias. “We all long for touch . . . This is how we are made,” he wrote.

“Carrying that concept into sexuality, consummation is the all-embracing act of intimacy. Being as consummate as it is demands exclusivity, otherwise it is rendered profane and common place.” Zacharias said history shows cultures which completely desacralize sexuality do not exist. “Even the polygamous guard the numbers. Even the unclad have boundaries,” he continued.

Zacharias claimed true intimacy goes beyond sexuality and the biblical definition of marriage between one man and one woman which represents the relationship between God and the Church is not merely an abstract theological point.

“According to the Gospel, God offers us his indwelling presence where spirit touches spirit and the deepest, truest intimacy results,” he said. Acknowledging people who have not experienced such interaction with God will find the concept absurd, Zacharias argues Christians are partially to blame for this. “It is here that I think we as Christians need to awaken to the unpleasant reality that we have not taught and proclaimed God’s Word faithfully and demonstrated true holiness,” he wrote.

Zacharias relayed the story of an acquaintance with same-sex attractions who gained a new perspective on his struggle after surrendering to the Lordship of Christ, “I have tasted a glimpse of heaven; why would I stoop to what is below?” the acquaintance said according to Zacharias.

“For the Christian, the question is this: How do I so walk with God that ALL my affections are brought under Jesus’s Lordship, whether my inclinations be same-sex or opposite sex or any other struggle? How may I love those with whom I disagree on these serious matters? The bridges will always be the identity and intimacy offered in the heart commitment to the Savior, first lived out then lovingly taught,” Zacharias explained.

He also reminded believers to keep their eyes focused on heaven. “Our eternal place of abiding is in God’s presence, no longer merely in a counter culture but in a place prepared for us,” he said.

Community is the third bridge Zacharias finds in the Gospel which he described as “the love of God working through us as a Church where worship brings together all our inclinations, surrendered to God’s sacred call for all of us. That is worked out in love and grace.

“Our worship will have to have theological integrity, not just in form but in substance; worship that is not just moments of exhilaration but is co-extensive with life itself and sermons that are not merely heard but are also seen. The outreach of love will then be embodied and not mere talk,” he wrote.

Zacharias augmented his ideas about the Gospel’s bridges on this issue by emphasizing the importance of Christians sending a clear message to the world. According to Zacharias, rejecting a belief or behavior is not the same thing as rejecting a person: “God transforms the heart and mind and we become his children and his ambassadors. Let us so live that we will never be accused of hate or indifference. But let us also know that compromise the truth is a serious blunder and ends up celebrating that which is not the will of our Father,” he said.

By Rebecca Holloway PINEVILLE, La. – For years, I have read and heard the statement, “We need to hold life/our family/our possessions with an open hand.” The idea is that we are not in control of our lives or anything else on this planet. God is in complete control of all things and has the power and right to … END_OF_DOCUMENT_TOKEN_TO_BE_REPLACED