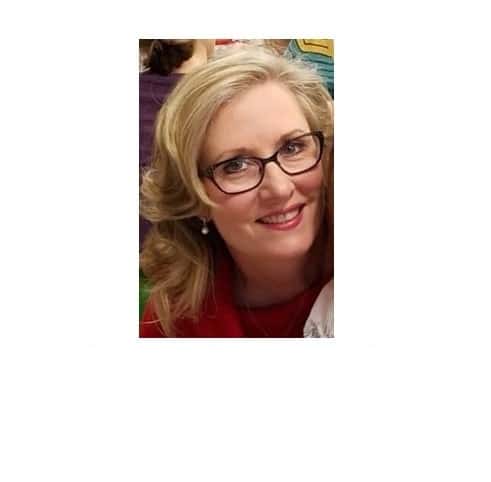 ALEXANDRIA, La. (LBM) — Oct. 14, 2020, will be ingrained in my mind forever. Around 7:00 that morning my daughter-in-law called my husband to tell us that our 41-year-old son had died suddenly from an apparent cardiac arrhythmia.

We were in shock!

David had no history of heart issues. He was disciplined to watch what he ate and to exercise regularly. He was a very slim and fit young man. Just a week earlier he had passed his annual physical with flying colors.

How does a parent wrap her mind around such news!?

But the thoughts that have carried me through this horrific crisis have been: “God is sovereign. God is faithful. And God is loving.”

At first, I simply repeated these three phrases over and over in my head.

Truly, the loss of my son was a crisis of belief for me.

Before I go any further, I need to share a few details about David’s life in the months prior to his death.

David and his wife Erica had been missionaries in East Asia for 16 years. Eight months before he died, he, she and their children (ages six, nine, and 11) had been in lockdown because of COVID-19. Shortly after release from quarantine, they were told to leave their beloved mission field and given three days to pack what they could in 15 luggage bags (three each).

Fifteen bags is not much in comparison to all they had to leave behind … furniture, appliances, toys, vehicles, kitchen wares, books, etc.

They were sent to Thailand, until further notice, and placed in lockdown, again because of the novel coronavirus. Then, after two months of quarantine, the family finally was permitted to fly to the United States.

They arrived stateside in May, and received word about a new assignment to Taiwan. But from then until October the family anxiously waited to get back on the mission field — while updating passports, applying for visas and obtaining permission to enter the country in spite of the pandemic. Additionally, David and Erica were told to put together a team to do strategic work among pastors in Taiwan. Meanwhile, David used his time here to speak with churches.

By the end of September, David had his team and all that was left to do was follow up on the family’s visas.

Losing their home, possessions, dreams, friends, and all he and Erica had worked to accomplish in 16 years was devastating. But now things were looking up. They were sitting on “GO.” And then Oct. 14 happened!

So, back to the beginning of my story. God is sovereign. God is faithful. And God is loving.

God is sovereign. So, what am I supposed to do with that!? I can’t escape anything God wants to dish out! God is all knowing, all seeing, everywhere all the time. God has always been and will always be. God is in control of EVERYTHING! Where do I find resolve in such?

I’ve read the book of Job and I know that what God told Job should apply to me as well. But losing MY SON was very personal.

Who am I to say to the Lord, “This isn’t fair, Lord. What are You thinking? David was serving you faithfully. WHY?!”

When my two sons were little it seemed that their middle names were “Why”!

As a mother, if I felt my children were mature enough to understand “why,” then I told them. However, more often than not, I simply said, “Because I’m your mother, and I say so.”

In a sense, as a parent, I, too, was sovereign over my young children. I knew things they were not yet able to comprehend. I had authority over them and was responsible for their well-being. Therefore, I did not always offer reasons to them for my decisions.

Often, we respond to God much like our children respond to us with the “why” question.

What I am learning is that accepting the sovereignty of God begins with realizing He knows what we do not understand. God sees what we cannot see, and God does for us what needs to be done to shape us into the person He created us to be. God is focused on the here and now in context of His eternity.

God is faithful. To be faithful is to be loyal and constant…true to one’s word.

God’s actions are consistent with His character. Romans 8:28 (NIV) says, “And we know that in all things God works for the good of those who love Him, who have been called according to His purpose.”

From the moment I learned of David’s death I have witnessed God’s faithfulness. At the time, he and his family were living in a mission home next door to the hosting church. That morning, a deacon of the congregation was having his quiet time when he felt compelled to go to the church (around 6:00 a.m.). He arrived just seconds after Erica had found David on the ground where he had been exercising. God provided support for Erica in such a timely manner.

As you can imagine, Erica was distraught over the death of her husband. She had lost the love of her life and her ministry partner as well.

Now what was Erica to do?

She no longer could go to her beloved country in East Asia. Her husband was gone. She was now a single mother to three young children. How would she provide for her family? Where would she go? What would she do?

As a missionary for the Southern Baptist Convention, Erica was given bereavement leave with full pay for 12 months. Additionally, the International Mission Board promised her a job when she is ready to get back on the field. On top of that backdrop of needs met, people from all around the world have reached out to Erica and the children with financial and prayer support.

It has been amazing to watch God provide for “the good of those who love Him, who are called according to His purpose.”

God’s faithfulness goes even deeper than what we see outwardly. He knows the mental, emotional, and spiritual needs of one in such great loss.

It is in times like this, when anyone can waver, God, in His tender mercy, provided just the right people to walk with Erica, holding her up when she did not have the strength to stand on her own.

God provided a godly counselor to walk with Erica. They meet weekly. Each week I’ve seen Erica’s faith grow stronger and stronger. I’ve seen her emotional stability grounded in her faith. Erica has firmly accepted what God ordained from the beginning.

Yes, losing David has been painful.

Yes, it will be lonely doing missions without her beloved husband.

And yes, single parenting will have its challenges.

But God has provided a strong Christian support system for Erica to lean on. Erica has found confidence in God because of His faithfulness!

No, this is what life in a fallen world looks like. This is reality for some. Not everyone will experience this kind of pain. But for those that do, this is NOT God’s expression of love.

Throughout Scripture, God proclaims His love for us (NIV):

— Isaiah 54:10 “Though the mountains be shaken and the hills be removed, yet my unfailing love for you will not be shaken nor my covenant of peace be removed, says the Lord, who has compassion on you.” Our world may be shaken to the core, but God’s love will never abandon us.

— Psalm 86:15 “But you, Lord, are a compassionate and gracious God, slow to anger, abounding in love and faithfulness.”

— 1 John 3:1 “See what great love the Father has lavished on us, that we should be called children of God! And that is what we are!”

— 1 John 4:9-11 “This is how God showed His love among us: He sent His one and only Son into the world that we might live through Him. This is love: not that we loved God, but that He loved us and sent His Son as an atoning sacrifice for our sins. Dear friends, since God so loved us, we also ought to love one another.”

These verses remind me that we did not become God’s children at no expense to Him. It cost our Father dearly to bring humankind into His family. But I am reminded also that God’s love endures forever.

So how do I find resolve in the death of my son by looking to God’s sovereignty, faithfulness, and love?

Because of God’s sovereignty I find strength in His power. I trust His faithfulness because He has been dependable for all generations. And, most importantly, He demonstrated His love by the sacrifice of His Son, Jesus Christ.

“Know therefore that the Lord your God is God; He is the faithful God, keeping His covenant of love to a thousand generations of those who love Him and keep His commandments.”

Judy Patrick is the wife of Tim Patrick, director of missions for Beauregard Baptist Association.

By Stewart Holloway PINEVILLE, La. - I’ve heard people say, “If that doesn’t light your fire, your wood is wet.” I would say that about yesterday. It’s been a while since I had a 15 1/2 hour Sunday and was so jazzed when I got home that it was hard to come down. But yesterday was that. First, we had baptisms … END_OF_DOCUMENT_TOKEN_TO_BE_REPLACED