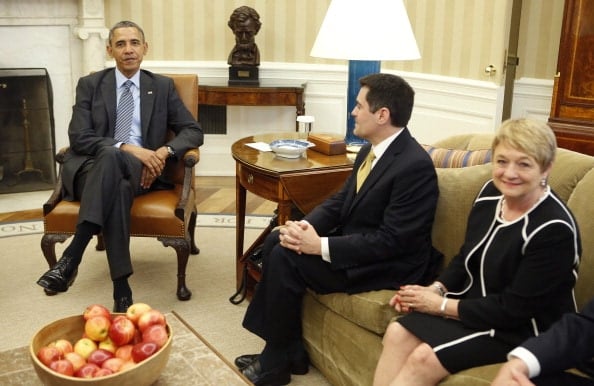 NASHVILLE, Tenn. (B&R) — Former Ethics and Religious Liberties Commission President Russell Moore and then-ERLC board chair David Prince committed a “blatant deception” by consciously concealing from ERLC trustees information that was eventually leaked to the press ahead of the 2021 annual Southern Baptist Convention meeting and that was intended to “trigger a polity and trust crisis among SBC messengers.”

The claims were made in a letter obtained by the Baptist and Reflector and written by Jonathan R. Whitehead, attorney and ERLC at-large trustee. It was sent Sept. 17, 2021, to Ronnie Floyd, president/CEO of the SBC Executive Committee, Bruce Frank, chair of the SBC Sexual Abuse Task Force, and Julie Myers Wood, attorney with Guidepost Solutions, the third-party firm hired to investigate the SBC’s handling of sexual abuse claims.

And regarding the SBC’s sexual abuse crisis, Whitehead also states that ERLC staff was itself resistant to sexual abuse reform initiatives, writing that ERLC staff believed that the SBC and ERLC could “never satisfy” some of the victim advocates, namely Christa Brown who called for the SBC to initiate a sexual offender database.

According to Whitehead, the full ERLC trustee board had no knowledge of the explosive 4,000-word February 2020 letter Moore wrote more than a year before his resignation and prior to its being leaked to the press. Among many statements Moore made in that letter, he was critical of Floyd, SBC EC Chairman Mike Stone and actions taken by the EC to appoint a task group to study the ERLC’s impact on Cooperative Program giving. Later in that letter Moore wrote that some people “want me to live in psychological terror.”

However, eight months prior to the letter’s leak in May 2021, Whitehead wrote a letter to fellow ERLC trustees in advance of their Sept. 2020 board meeting, asking about Moore’s morale and performance. Whitehead said the focus of his questions “was the relationship between Dr. Moore and Dr. Floyd and the SBC EC.” That letter, Whitehead said, was distributed to other ERLC trustee board members through Prince with an included note by Prince stating he was dismissing it “as a letter of concerns and conjecture.”

Whitehead writes that Moore and Prince were then asked “pointed questions” by trustees at that Sept. 2020 board meeting about the ERLC/SBC EC relationship. “Both men insisted that relations were positive and neither disclosed the alarming facts in (Moore’s) February 2020 letter,” Whitehead states.

He goes on to write that Prince recently told him that Moore’s letter was ultimately withheld from the full board because Moore wrote the letter “in the heat of the moment,” and “had gotten over it in a few days or weeks.” Whitehead states that Prince, “believed the ERLC trustees didn’t need to know about the letter or act on it at the September trustee meeting.”

Whitehead believes the letters were leaked just prior to the 2021 SBC annual meeting “to trigger a polity and trust crisis among SBC messengers.”

“The blatant deception admitted by (Prince’s) response leads me to conclude that the letters were not designed for action by the ERLC Board,” Whitehead states, “(But) were written and leaked to shake messengers trust and confidence at an SBC annual meeting. The leak avoided disclosure to fiduciaries (trustees) and a dispassionate investigation because the goal was to deprive the convention (messengers) of confidence in the entire fiduciary system.”

Whitehead references how, in his Feb. 2020 letter, Moore compares his relationship with the SBC EC to terrorism, abuse and warfare, and how in that same letter Moore claims tactics used by SBC EC members have created a culture where “countless children have been torn to shreds, where women have been raped and then broken down.”

“Who could read about allegations about a culture of ‘cover for racial bigotry and child molestations’ and fail to act?” Whitehead asks in his letter. “But instead of acting on the facts, the claims were hidden from the ERLC’s full board. No reasonable fiduciary could review these allegations and fail to respond if the allegations are true. No reasonable trustee could hide them from other trustees or allow ERLC employees to continue to suffer harm and harassment. Why would Dr. Moore and the ERLC Executive Committee oppose disclosure? Wouldn’t it be a relief for SBC-elected trustees to know about these issues?

“And yet the ‘response’ was an anonymous leak to the press in 2021,” Whitehead writes. “I can find no good reason why ERLC leaders did not respond immediately and forcefully to these serious allegations in 2020.”

Whitehead questions the motivation behind withholding the letter from the full ERLC trustee board but then leaking it to the press just weeks before the 2021 SBC; 15 months after Moore authored the explosive letter and eight months after Prince felt it “was not even worth mentioning to the ERLC’s trustees in September.”

“The best explanation for the facts is that the letters were drafted for public, not private, consumption,” Whitehead writes. “The point was to shock and dismay SBC messengers before the annual meeting to produce political ends.”

The release of the Moore letter, Whitehead believes, was influential in messengers to the 2021 annual SBC meeting overwhelming voting for a third-party firm be hired to explore the way in which the SBC EC has handled the response to sexual abuse allegations. Whitehead states that while Moore was highly critical of the EC in Feb. 2020, the ERLC held a similar position to the EC when it came to sexual abuse reform in the SBC.

“The ERLC staff and the Executive Committee largely held similar positions on resistance to abuse reform initiatives, like the database long sought by advocates such as Christa Brown,” Whitehead wrote. ‘I was told by ERLC staff that many abuse victim advocates were impossible to work with. I was specifically told that ‘we are never going to satisfy Christa Brown.’”

Whitehead said in other discussions that ERLC staff told him that they believed the Executive Committee’s lawyers were “giving good advice,” similar to their own views on structural reform.

“If a deep disagreement on these issues developed between the ERLC and the SBC EC,” he wrote, “ERLC trustees could have been asked to act instead. But those matters were not brought to our attention.”

Whitehead says that an example is the consideration of a database of accused or convicted predators and how it might be of help to local churches. He expressed his opinion that it would be better housed in the ERLC rather than the EC and believes the ERLC should ask the convention to take on that assignment so a debate about its efficacy can be started.

“But this has not been mentioned as an option at the ERLC,” he writes, “The refusal by staff to recommend and discuss these reforms, too, was its own form of resistance.”

Whitehead concludes his 12-page letter to representatives of the EC, Sexual Abuse Task Force and Guidepost Solutions by saying, “We have fought to overcome Baptist inertia about sexual abuse; when it comes to light, we must respond to the proper authorities immediately with allegations of abuse. What I am opposed to is sitting on allegations of abuse for political ends, then deceiving legal authorities who should know about them – apparently out of a mix of pride and revenge.

“The Convention was not fully informed by Dr. Moore or Dr. Prince. Their actions meant the messengers (to the 2021 annual SBC) would not have an opportunity to hear from lawyers with a fiduciary duty to the convention about key terms like ‘waiver of attorney client privilege,’ and predisposed (messengers) to overrule the normal referral process. I believe the Task Force should be urged to protect the convention’s interest in this regard.”

That third task force, led by Mike Stone (Georgia pastor, former SBC Executive Committee chairman and a 2021 SBC presidential candidate) surveyed the 41 state Baptist conventions, but only 15 responded. However, these 15 conventions serve 60 percent of SBC churches, which contribute 74 percent of gifts through the Cooperative Program to SBC national causes.

The task force noted that many churches perceived a leftward or liberal drift in the SBC, and its report gave three examples from among the 15 conventions in which churches withheld CP gifts or departed from the SBC — 250 churches in one convention, 94 in another and 46 in a third, for instance.

In 2020 alone, actions by churches from the 15 state conventions resulted in losses of:

— $1.5 million to the International Mission Board;

By Lane Corley MADISONVILLE, La. - Three years ago, our family was going through one of those down seasons in the ups and downs of life. My mental focus and physical health was declining. I was discouraged and struggling mentally and emotionally. I knew I needed to change a few habits. As part of a recovery … END_OF_DOCUMENT_TOKEN_TO_BE_REPLACED