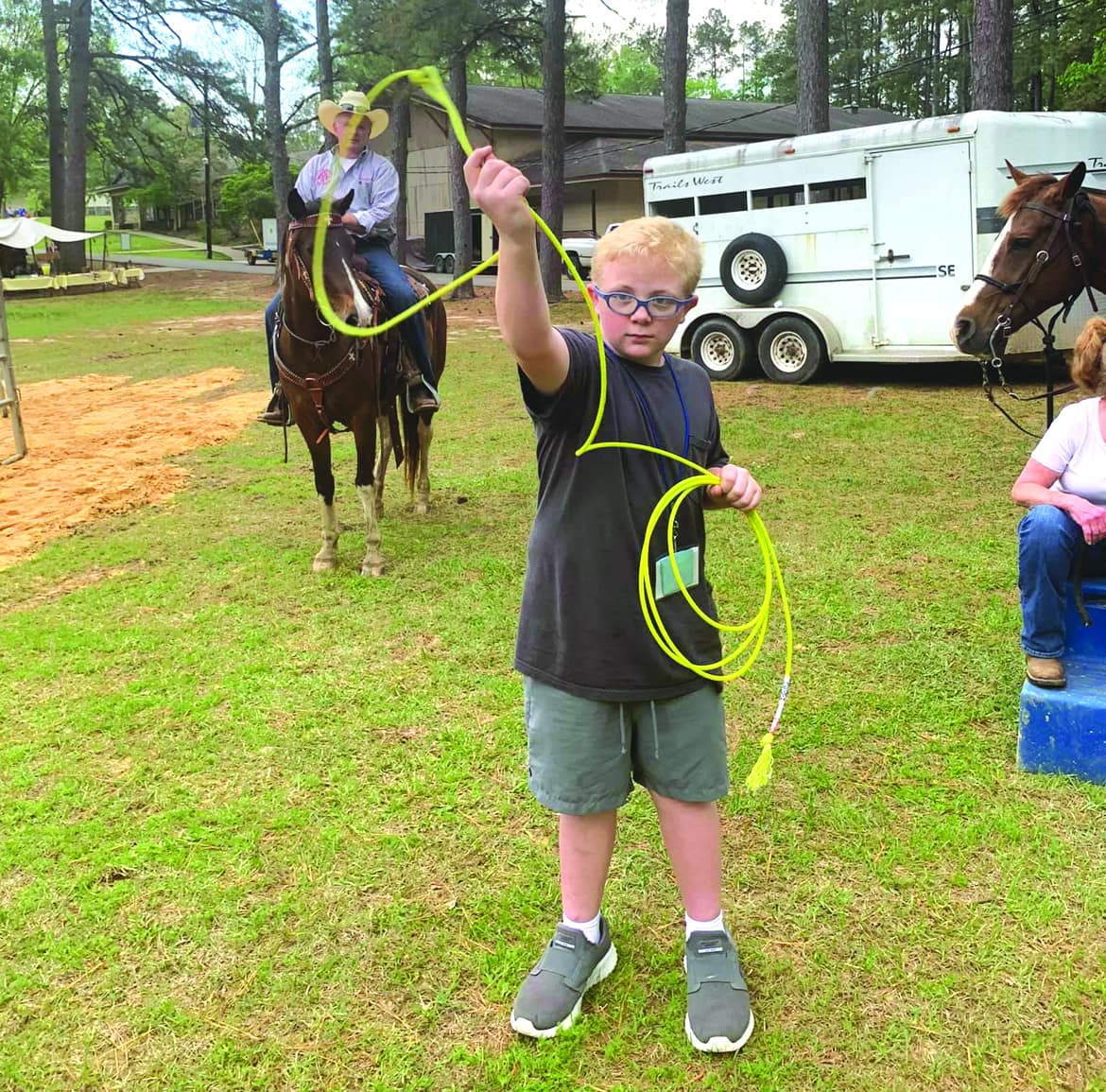 WOODWORTH, La. (LBM) – Eighty young men from nine churches were joined by 43 adult leaders for the Royal Ambassador Congress, April 9-10, at Tall Timbers Baptist Conference Center in Woodworth. The theme for the weekend was “Cowboy Church,” using a creative take on Psalm 20:7.

The weekend featured Paul Daily, founder of Wild Horse Ministries in Trout, and his daughter Lenora, who used the taming of an unbroken wild horse to help present the Gospel.

Throughout the two-day camp, the youngsters grew deeper in their faith while learning how to rope cattle and ride a mechanical bull, organizers said. By the closing session, nine of the boys had made salvation decisions.

Mike Collie, an RA consultant for Louisiana Baptists, said the decisions resulted from seeds being intentionally planted, cultivated, and harvested throughout the weekend.

“It was so exciting to be able to host an event after a year of COVID,” he said. “Using horses from Paul Daily’s Wild Horse Ministry, the boys and their dads got to see what it meant to submit to God’s will. The boys also learned how cowboy churches are helping to further the Gospel in their communities.”

“The true highlights of the weekend, though, were the decisions made by those boys to follow Christ,” Collie continued.

Missionaries taught breakout sessions the next day, and participants competed in the annual Pinewood Derby and Soap Box races.

Another highlight of the weekend was the awards presentation, which honored young men for their character and service:

— Jonathan Kimball, First Baptist Church in Lafayette, garnered the Lad of the Year award; and

— Ben Burgess, First Baptist Church, Lafayette, was honored as Leader of the Year.

During the Pinewood Derby competition, participants competed in a series of heats to determine a winner for each grade level.

The winners advanced to the finals to determine the top three overall champions. RAs and leaders also took part in a Soap Box Derby race.

By Chuck Kelley Rarely does Hollywood contact a Southern Baptist seminary, but rarely is not never. One day location scouts for a major motion picture to be filmed in New Orleans called NOBTS and asked to tour the campus. They were looking for a place that with a bit of movie magic could be made to look like the … END_OF_DOCUMENT_TOKEN_TO_BE_REPLACED