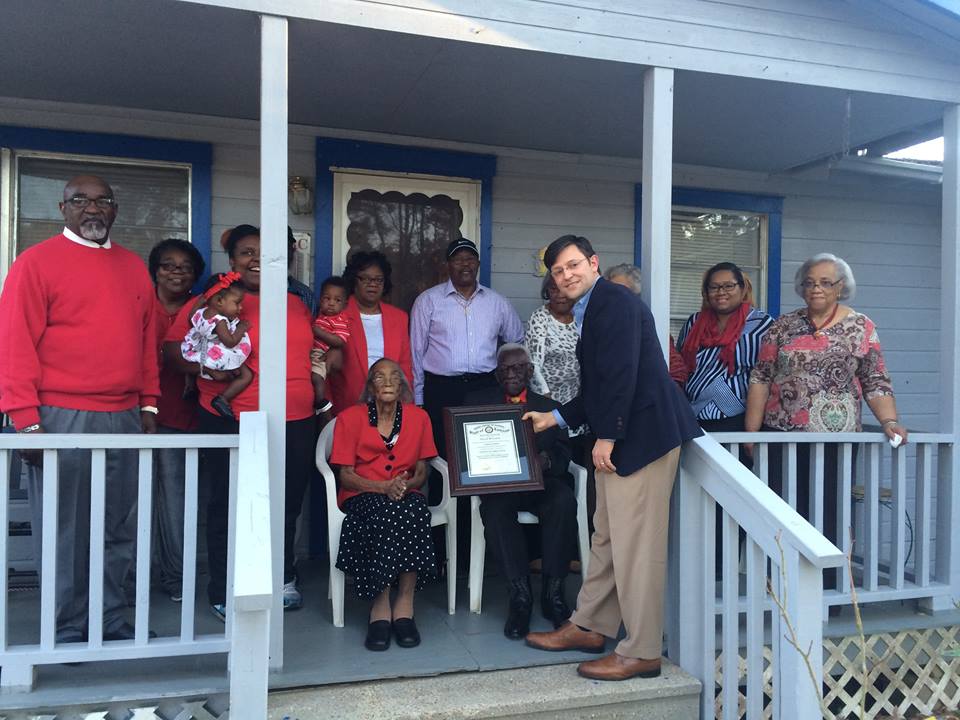 State Rep. Mike Johnson presents Lawrence and Varrie Player with an award as the Louisiana Family Forum's longest married couple during a special reception in their honor on Feb 12. Mike Johnson photo

The longest-known married couples are honored by Louisiana Family Forum each year to encourage individual marriages, build a stronger marriage culture and to remind those in the state that lifelong marriages benefit everyone.

Louisiana State Rep. Mike Johnson honored Louisiana’s longest known married couple, Lawrence and Varrie Player, during a reception at their home in Benton. They have been married 81 years.

A reception also was held for the second-longest married couple, Will Henry and Virgina Teasley, at their home in Bryceland. The couple has been married for 79 years.

Each couple was presented an official statement of special recognition from Louisiana Gov. John Bel Edwards. Their names also are entered into Louisiana Family Forum’s Marriage Hall of Fame.

“It is a true delight to honor these two great couples for their examples and their commitment,” Johnson said.  “In a day when the stability of so many marriages and families is in jeopardy, these folks stand out as exceptional models for all of us.”

By Will Hall, Baptist Message executive editor ALEXANDRIA, La. (LBM) – It’s a presidential election year, Louisiana has suffered another devastating natural disaster, and as Yogi Berra has said, “It's déjà vu all over again." In 2016, presidential candidate Donald Trump came to Louisiana just days after the … END_OF_DOCUMENT_TOKEN_TO_BE_REPLACED