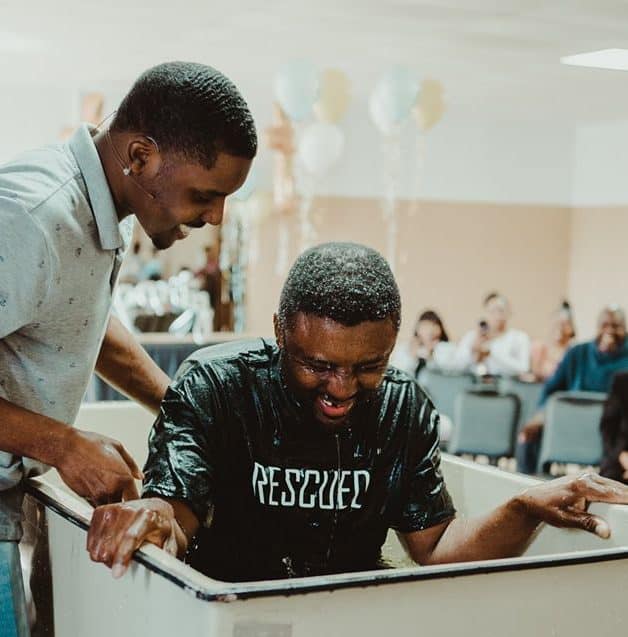 Pastor Larrese Rollins baptized several new converts during the Well's first ever baptism service in March. The congregation, located in south Monroe, is among 259 churches planted by Louisiana Baptists since 2010. Facebook photo

This article is the sixth in a series published by the Baptist Message to report what successes have been achieved toward the ambitious goals of the statewide initiative, as well as to note what objectives remain to be done.

Since 2010, the Louisiana Baptist missions and ministry team has helped to plant 259 LBC churches. This is 41 short of the goal of 300 by 2020, but that number is within reach.

Prior to the statewide lockdown due to the novel coronavirus outbreak, there was a plan to start 30 church plants in 2020. Lane Corley, church planting strategist for the LBC, told the Baptist Message that despite the obstacles presented by shelter-in-place orders and social distancing mandates related to the COVID-19 crisis, seven new churches have been started so far, and that 21 more are possible for this year. This means Louisiana Baptists are on pace to achieve 96 percent of the overall goal by the end of this year.

The overarching strategy for church planting has been to target the regions of the state where most Louisianans live, with an emphasis on cities and communities along the I-10 corridor and southward where 3 million residents call home (out of the 4.65 million state population).

Looking toward the future, Jenkins said Louisiana Baptists will continue to have a great opportunity to sow a bountiful spiritual harvest.

LBC Executive Director Steve Horn has identified 33 Louisiana municipalities with populations of more than 3,000 people who do not have a Louisiana Baptist church or ministry presence. According to Jenkins, his team has developed a “33 Towns Strategy” that targets some of those municipalities in the coming years for planting a new church or establishing a compassion ministry as needed.

“The 2020 Mandate for Every People Group is, appropriately, a restatement of the Great Commission,” Jenkins said. “Therefore go and make disciples of everyone, everywhere in Louisiana; in the local church ministry fields, in communities and parishes, and to the very borders of Louisiana.”

By Chuck Kelley Rhonda and I met on our first Sunday at Baylor University. We began dating during that freshman year, became an exclusive couple our sophomore year, publicly committed to a serious relationship in our junior year, became engaged in our senior year, and were married in June after graduation. We … END_OF_DOCUMENT_TOKEN_TO_BE_REPLACED