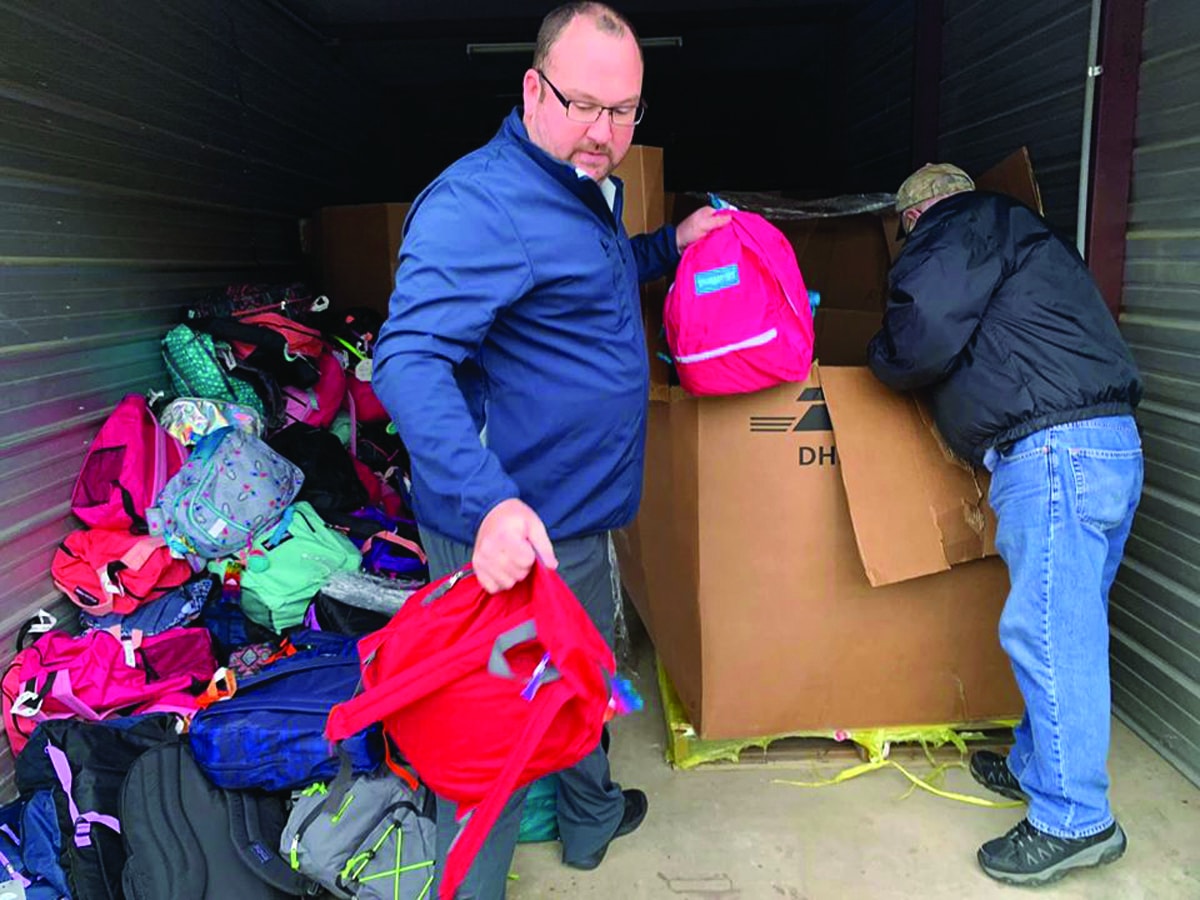 Members of Life Point Community Church in Mansura were among 20 Louisiana Baptist churches and ministries who distributed backpacks to needy families in an effort coordinated by Mississippi River Ministry. The effort is one of many compassion ministries around the state.

This article is the fifth in a series published by the Baptist Message to report what successes have been achieved toward the ambitious goals of the statewide initiative, as well as to note what objectives remain to be done.

Jeff Cook, compassion ministry strategist for Louisiana Baptists said that much progress has been made toward this objective.

Nearly 70 percent of Louisiana Baptist churches have started a compassion ministry, he said, compared to 25 percent in 2013, allowing congregations around the state to meet human needs, build trust in relationships, fully share the Gospel and connect others to the local church. Churches are engaged in disaster relief, feeding ministries, teaching English as a second language, job skills training and addiction recovery programs, among the many ways they are now engaging their respective communities.

Cook said his team has hosted “Start Something” small group leader conferences to encourage churches to start new compassion ministries. Additionally, his team will soon schedule “Bridges Out of Poverty” conferences around the state, that will take place in the fall, in an effort to better equip church with methods to help the poor more effectively.

Cook also mentioned the Rose Long Foundation that has been established through the work of an ad hoc panel on human trafficking set up by the Moral and Social Concerns Committee.

Will Hall, director of the Office of Public Policy for Louisiana Baptists and the staff liaison for the MSCC, said the Foundation has received a $100,000 grant from the Louisiana Commission on Law Enforcement and a $25,000 contribution from the First Baptist Church in Arcadia to support the work of enlisting parents to be trained in specialized trauma care and to have their homes certified to take in one of the estimated 428 children rescued in the state each year from sexual trafficking.

“This began with a resolution against human trafficking passed by messengers in 2016,” Hall said. “Rose Long [a former chair of the MSCC and the deceased wife of Gerald Long, the immediate past president pro tempore of the Louisiana Senate] had a passion for restoring the health and growth of children caught up in this modern slave trade, and championed this compassion ministry, inspiring Louisiana Baptists to make this a priority.

“Now,” Hall continued, “her vision has resulted in what we hope will be a statewide effort to help heal the broken lives of some of the most hurting among ‘the least of these’ in our society.”

Anyone interested in serving in this newly formed compassion ministry is asked to contact the Rose Long Foundation district coordinator for Louisiana Baptists, Melinda Wallace, via email: Reclaimed@LouisianaBaptists.org; or, phone: (318) 449-4348.

By Chuck Kelley Rhonda and I met on our first Sunday at Baylor University. We began dating during that freshman year, became an exclusive couple our sophomore year, publicly committed to a serious relationship in our junior year, became engaged in our senior year, and were married in June after graduation. We … END_OF_DOCUMENT_TOKEN_TO_BE_REPLACED