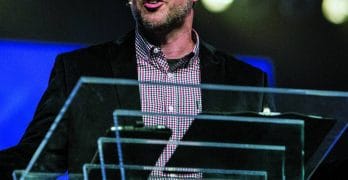 By Baptist Press Staff DALLAS (BP) - North Carolina pastor J.D. Greear will be nominated for SBC president, Florida pastor Ken Whitten announced Jan. 29. WHOLEHEARTED ENDORSEMENT Whitten, pastor of Idlewild Baptist Church in Lutz, Fla., told Baptist Press that Greear, 44, "is all about what Southern Baptists have been all about." "We bleed missions. We bleed evangelism, and we bleed the Gospel of Jesus Christ ... J.D. Greear will give us the opportunity to impact another generation while continuing to honor the former generation of Southern Baptists,” he added. GREEAR’S REMARKS Greear, pastor of The Summit Church in Durham, N.C., released a statement to BP, announcing, "I am again allowing my name to be placed in nomination" after "a lot of prayer, encouragement and counsel, with the consent of our [Summit] leadership team and Veronica my wife." "The basic things that God laid on my heart haven't changed from 2016 and I feel more committed to them than ever," Greear added, according to BP. BP attributed Greear with stating he would emphasize "the Gospel above all"; "cultural and racial diversity"; "intentional, personal evangelism"; "church planting"; and, "engagement of the next generation in cooperative … END_OF_DOCUMENT_TOKEN_TO_BE_REPLACED 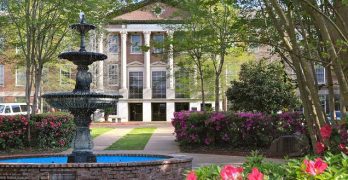 By Norm Miller PINEVILLE (LCNews) - A two-year trend of enrollment growth continues at Louisiana College, which reports an 18 percent head count increase since the 2017 spring semester. Spring enrollment reflects a 53 percent increase in graduate students and an eight percent increase in traditional undergraduate students. High school dual enrollment also doubled. The continuing increases have reversed a 5-year downward spiral in enrollment that began in 2010. “There is no magical formula here,” said Rick Brewer, president of the college. “Success still requires a vision and the hard work to fulfill it.” Particularly gratifying for Brewer is the number of transfer students. “These students have essentially recruited us and have left other good schools for what we have to offer. Some of them considered enrolling at LC last fall but attended elsewhere, yet they have come back saying that they should have begun here initially.” Brewer noted the struggles LC endured prior to his unanimous election by trustees in 2015 are continually overshadowed by the innovative strategies developed in, and implemented by, the college’s President’s Leadership Team. “These enrollment successes require a team that’s ‘all in,’” said … END_OF_DOCUMENT_TOKEN_TO_BE_REPLACED 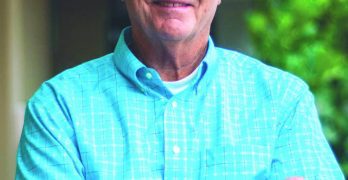 By Will Hall, Message Editor ALEXANDRIA, La. (LBM)—Southern Baptist statesman Ken Hemphill will be nominated for president of the Southern Baptist Convention, according to an announcement issued by a group of distinguished Southern Baptists. ENTHUSIASTIC ENDORSEMENTS “Some interested Southern Baptist pastors and leaders have been thinking together for several weeks about whom God might raise up to follow Dr. Steve Gaines as our SBC president,” said David Hankins, executive director of the Louisiana Baptist Convention. “We desire to elect a man who is a Southern Baptist through and through, values our understanding of the Gospel, and, has an established record of affirming the cooperative work of our local churches through the associations, state conventions and national entities. “We sought Ken out because of his record in these areas as well as his impeccable character, remarkable breadth of experience in Southern Baptist life, passion for missions and evangelism, and an active ministry of re-vitalization to pastors and churches.” Numerous others added their endorsements in emails to the Baptist Message, including Richard Land, president of Southern Evangelical Seminary in Charlotte, N.C., and president emeritus of … END_OF_DOCUMENT_TOKEN_TO_BE_REPLACED

By Lane Corley MADISONVILLE, La. - In Luke 15, Jesus gives us a glimpse of the Father’s heart for the lost. 1. Those far from God liked Jesus and he liked them (verse 1). Is that true of me? When was the last time someone far from God approached me? Am I available to them? Building relationships with … END_OF_DOCUMENT_TOKEN_TO_BE_REPLACED

By Lane Corley MADISONVILLE, La. - In Luke 15, Jesus gives us a glimpse of the Father’s heart for the lost. 1. Those far from God liked Jesus and he liked them (verse 1). Is that true of me? When was the last time someone far from God approached me? Am I available to them? Building relationships with … END_OF_DOCUMENT_TOKEN_TO_BE_REPLACED