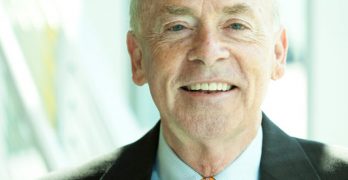 By Waylon Bailey When Paul wrote to the church at Philippi, he concluded his letter by asking the church at Philippi to greet all the saints in his name. He also passed along the greetings from the saints in Rome and especially those from the household of Caesar. You find the same situation in the last chapter of Paul’s letter to the Romans. Except in Romans 16, Paul gave greeting after greeting including the names of many people who would be known by the church at Rome. Why were these greetings so important to Paul? First, it shows how much we need fellowship and encouragement. Paul thrived on that fellowship. So do we. We must make it a priority in our lives. Everywhere Paul went, he first looked for the fellowship of the believers. We all desperately need to know there are Christians around the world worshiping at the same time as we are each week. Second, these greetings show us the power of God and the world wide reach of the kingdom of God. Those believers in Rome and Philippi give us encouragement about the future and show us the power and work of God in the world.  The fact that there were believers in “Caesars household“ shows the reach of the Gospel. If the gospel could go to the seat of Roman power, … END_OF_DOCUMENT_TOKEN_TO_BE_REPLACED

Archbishop of Canterbury Justin Welby endorsed new rules for the 4,700 schools of the Church of England that essentially say there should not be any value judgment made about any little boy who chooses to wear a tutu and tiara. Welby claimed the guidelines are meant to reinforce anti-bullying policies issued in 2014, but observers of the denomination noted that the new regulations illustrate the growing chasm between Anglican conservatives, who are fighting to defend traditional values, and liberals like Welby who are intent on establishing a new moral order. In a separate public statement, Welby shared his shock that U.S. evangelicals supported then-candidate Donald Trump in such overwhelming numbers in the 2016 presidential election. Speaking with the British television network ITV, Welby said he would meet with Trump if the U.S. president makes an official visit to Britain, adding that he has met worse people including those "who had killed many, many people." … END_OF_DOCUMENT_TOKEN_TO_BE_REPLACED

By Will Hall, Baptist Message executive editor ALEXANDRIA, La. (LBM) – It’s a presidential election year, Louisiana has suffered another devastating natural disaster, and as Yogi Berra has said, “It's déjà vu all over again." In 2016, presidential candidate Donald Trump came to Louisiana just days after the … END_OF_DOCUMENT_TOKEN_TO_BE_REPLACED

By Will Hall, Baptist Message executive editor ALEXANDRIA, La. (LBM) – It’s a presidential election year, Louisiana has suffered another devastating natural disaster, and as Yogi Berra has said, “It's déjà vu all over again." In 2016, presidential candidate Donald Trump came to Louisiana just days after the … END_OF_DOCUMENT_TOKEN_TO_BE_REPLACED