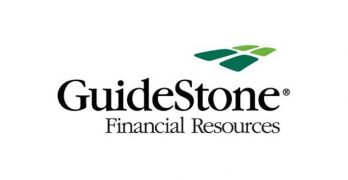 By Roy Hayhurst, GuideStone Financial Resources communications DALLAS, Texas - With church security front-of-mind for pastors and other church leaders in the wake of the tragedy at First Baptist Church of Sutherland Springs, Texas, many churches of every size are re-evaluating their security protocols. The tragedy in a small South Texas town helped shed light on an unfortunate truth: Violence can strike any church in any town. “The idea of ‘it can’t happen here’ has been shattered with the Sutherland Springs tragedy,” GuideStone President O.S. Hawkins said. “Churches and ministries need to take precautions that make sense given their profile, location and local needs.” GuideStone and Brotherhood Mutual Insurance Company are offering two seminars for Texas churches who are interested in learning about implementing best practices for volunteer church safety and security teams, protecting kids in the ministry environment from predators, improving the volunteer screening process, and understanding active shooters and protecting the congregation. Space is limited; the cost is $15 per person and covers the cost for lunch and a copy of the detailed Church Safety & Security Guidebook, a 240-page guide that will equip your … END_OF_DOCUMENT_TOKEN_TO_BE_REPLACED 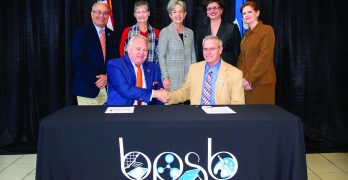 By Bossier Parish Schools communications BOSSIER CITY - Students attending Bossier Schools will soon have the opportunity to take academic courses never before offered, thanks to a dual enrollment agreement the district has entered into with Louisiana College in Pineville. Bossier Schools Superintendent Scott Smith and Louisiana College President Rick Brewer made the agreement official during a signing ceremony Nov. 8. Beginning in spring 2018, Bossier Parish students will have the chance to take online courses offered by Louisiana College and earn regular college credit prior to graduation from high school. A few of those courses include Art and Music Appreciation, Finite Math, Civilization I and II, Survey of the Old and New Testaments and Economics, among nearly two dozen others. “Our goal is to provide as many opportunities for our students as we can and this partnership with Louisiana College gives Bossier Schools the chance to do that,” said Superintendent Smith. “We are grateful to Dr. Brewer and his administrative team for working with us to make this partnership a reality to benefit the students of Bossier Parish.” Louisiana College also discounted the rate per three-hour course to $100, yet students will … END_OF_DOCUMENT_TOKEN_TO_BE_REPLACED

By Huey P. O'Neal WEST MONROE (LBM) – On Veterans Day, Americans honor all U.S. veterans, both living and dead, for their sacrifices in protecting the greatest country in the world. At exactly 11 a.m., each November 11th, a color guard, made up of members from each of the military branches, renders honors to America’s war dead during a heart-moving ceremony at the Tomb of the Unknowns in Arlington National Cemetery. The president or his representative places a wreath at the Tomb and a bugler sounds Taps. The balance of the ceremony, including a “Parade of Flags” by numerous military veterans’ organizations, takes place inside the Memorial Amphitheater, adjacent to the Tomb. The bloodshed and sacrifice for our freedom began in 1776 when representatives of the 13 original colonies signed the Declaration of Independence to obtain freedom from the British. Many of the 56 signers -- educated men, and a good number having faith in God – were willing to sacrifice everything for our freedom to worship God and to achieve God-given goals. In the context of this legacy of sacrifice, American veterans have met major challenges for the past 241 years to protect our freedoms. Notably, the U.S. Constitution is based on biblical … END_OF_DOCUMENT_TOKEN_TO_BE_REPLACED 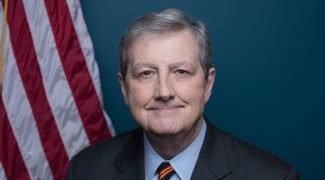 By Michelle Millhollon, Office of U.S. Sen. John Kennedy WASHINGTON, D.C. – U.S. Sen. John Kennedy (R-LA) has been in talks with and has sent a letter to Senate Finance Committee Chairman Orrin Hatch (R-UT), strongly urging him to maintain the Adoption Tax Credit when the committee moves forward on tax reform legislation. “I believe that an important part of being pro-life is being pro-adoption," Kennedy said. "With so many children in need of loving families, we should do everything in our collective power to make the adoption process more accessible and affordable for families who want to provide a caring home to these children. The adoption tax credit goes a long way towards achieving that goal.” The complete letter is shown below:   November 8, 2017   The Honorable Orrin Hatch Senate Committee on Finance 219 Dirksen Senate Office Building Washington, DC 20510-6200   Dear Chairman Hatch, Since 1997, the Adoption Tax Credit has encouraged families to consider adoption by increasing its affordability.  I strongly encourage you to maintain the Adoption Tax Credit when the Senate Committee on Finance moves forward on tax reform legislation. Adoption typically costs a family … END_OF_DOCUMENT_TOKEN_TO_BE_REPLACED

By Stewart Holloway PINEVILLE, La. (LBM) - For over two months now, my oldest son, my mom, and I have spent most Friday mornings at my mom’s clearing overgrown brush. What was planted as a fruit orchard in an open pasture almost thirty years ago has grown into a wilderness of every kind of vine and tree … END_OF_DOCUMENT_TOKEN_TO_BE_REPLACED

By Stewart Holloway PINEVILLE, La. (LBM) - For over two months now, my oldest son, my mom, and I have spent most Friday mornings at my mom’s clearing overgrown brush. What was planted as a fruit orchard in an open pasture almost thirty years ago has grown into a wilderness of every kind of vine and tree … END_OF_DOCUMENT_TOKEN_TO_BE_REPLACED