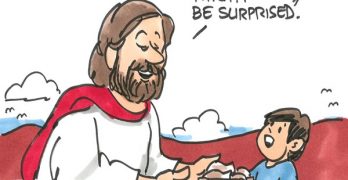 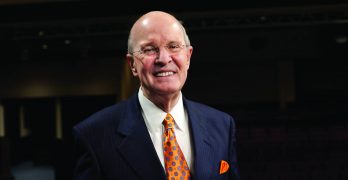 By Jerry Vines, President of Jerry Vines Ministries Editors Note:  This open letter was first sent to Baptist Press.  It is a letter written in response to Russell Moore's Twitter comment (Click HERE) and is used here by permission. We have been involved in Southern Baptist life for most of our lives. We are grateful for the opportunities to serve and minister in our Convention. At the same time, we have also witnessed and been involved in America's political life. Though we never endorsed political candidates, as pastors and Southern Baptist leaders, we have sought to share our perspectives as to how Southern Baptist believers should evaluate the moral and spiritual issues during presidential election cycles. Based on biblical principles we trusted those to whom we ministered to use their brains and their hearts as they voted for political candidates. Such political campaigns can be times of strong emotion, spirited debate, excessive rhetoric and sadly, broken relationships. The recent meeting of almost 1,000 religious leaders with Donald Trump (including a number of Southern Baptists) and the willingness of some to serve on an advisory group has caused much controversy. The negative reactions of some religious leaders have … END_OF_DOCUMENT_TOKEN_TO_BE_REPLACED 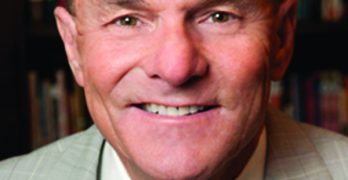 By Ronnie Floyd SPRINGDALE, Ark. (BP) -- I give my full and complete endorsement to Jesus Christ. My 100 percent trust is in God alone, our Sovereign King. I agree with the late Adrian Rogers, who said, "We dare not identify the Christian faith with the Democrat or Republican party. We need to be free to tell both parties to repent and get right with God."[1] I would add what I shared on June 14 with the Southern Baptist Convention, "The church cannot call America to repent until the church repents." The tension is real Christians have dual citizenship. Our citizenship is not only in the Kingdom of God that is eternal and superior to all, but we are active citizens in the United States of America. Our Sovereign God not only determined the period of time He ordained us to live, He also determined where we would live. I love the United States of America and still believe it is the greatest country in the world. Yet, I feel an enormous tension in my spirit about how to operate in our nation effectively. We live for one Kingdom while we live in another kingdom. Often, decisions within our country increase this tension, and we have never lived in a time in our generation when this tension has been greater. Spiritual leaders are … END_OF_DOCUMENT_TOKEN_TO_BE_REPLACED 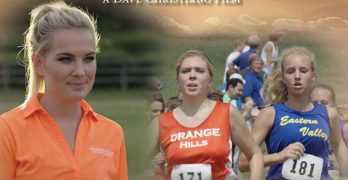 NASHVILLE (BP) - The struggles of a Christian high school girls' cross country track team are used to discourage self-centeredness in "Remember the Goal," the latest release of brothers Dave and Rich Christiano and Five & Two Pictures. The limited release film highlights 1 Corinthians 10:31, exhorting "whatever you do, do all to the glory of God," and drawing from the personal cross country competition and coaching experiences of Dave Christiano, the movie's writer, director and producer. "That one verse alone takes your eyes off self and puts it on the Lord," Christiano said in a press release. "We hope to start a movement among teens called 10:31. "I look around and most teenagers are driven by the ungodly movies and music of the day," Christiano said. "They are plugged into the liberal voices of the media and listening to that wrong voice. The focus needs to change." Substance abuse, jealousy, envy, feelings of inferiority, and parent-daughter relationships are spotlighted in the feature about a young woman facing persecution in her first coaching job out of college and in her attempts to garner the school a state title. "The coach has great wisdom for her young age and she imparts this to the girls covering many … END_OF_DOCUMENT_TOKEN_TO_BE_REPLACED 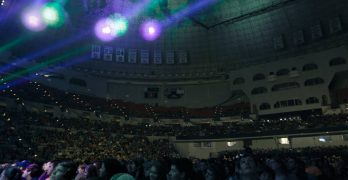 By Message Staff LAFAYETTE – State officials have reassured Louisiana Baptists that the Cajundome will be ready for the 2016 Youth Evangelism Conference scheduled for the Lafayette facility, Nov. 20-21. A June 30 report in The Advocate created confusion among the public by stating the arena “won’t re-open for business until Dec. 1.” But apparently, the information was not correct in context of the YEC. “We have been given assurances the Cajundome will be ready prior to our event,” Louisiana Baptist Convention youth strategist Steve Maltempti said in a statement to the Baptist Message. Maltempi shared information with the Baptist Message which cleared up the misunderstanding caused by The Advocate article. “The reason you see Dec. 1st  in media reports is we don’t expect or plan to schedule basketball and, hockey games or any major concerts until Dec. 1st, or about 9 days after your event ends,” wrote one Cajundome official to Maltempi. “We have always expected and needed those 9 days to prepare the hockey rink and basketball court on top of the hockey rink in the new arena configuration for the upcoming season after your event.” This official noted that crews will continue the work, which began May 23, up until Nov. 18 and … END_OF_DOCUMENT_TOKEN_TO_BE_REPLACED 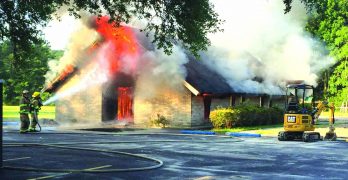 By Staff, Baptist Message SLIDELL – The pastor and the congregation of Bayou Baptist Church are resolute but still shocked after their church was torched by an arsonist for the second time in 10 months. "We don't know who would want to do this to us," Pastor Frank Treme shared with the Baptist Message, adding, "We have never had any prior incidents where someone accused us of ill will that I am aware of. “We are a church for all races and people,” he said. “This church is a safe haven for all people and we would like for all people to feel safe coming into God's house to worship and pray. “It is hard for everyone in our church,” Treme continued. “We have had to overcome so much. First, we had to rebuild after the flooding from Hurricane Katrina, then the fire in October, and now this.” Treme said his congregation of 50 or so came together to face these other challenges, and he is confident they will rise to the occasion this time, too. In the early morning of July 2, a neighbor called 911 to report flames engulfing the church according to a release by the Slidell Police Department. Firefighters arrived in just over two minutes after the 7:30 a.m. call and found flames leaping from the front and rear of the 2,500 square … END_OF_DOCUMENT_TOKEN_TO_BE_REPLACED 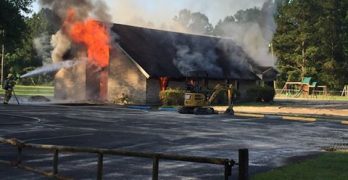 By Staff, Baptist Message SLIDELL -- It's happened again. Bayou Baptist Church in Slidell has been hit again by a suspicious fire. On July 2 at 7:30 a.m., a neighbor called 911 reporting flames pouring the church according to a release by the Slidell Police Department. Firefighters arrived in just over two minutes and found flames and smoke pouring from the front and rear of the 2,500 square foot building. Working quickly, the fire department was able to extinguish the fire in about 15 minutes. They reported no injuries in the blaze. According to the fire department, the church is considered “a total loss.” This is a second time in a year Bayou Baptist has been the victim of an arsonist. According to fire prevention officer Chad Duffaut for Fire District 1, the arsonist set the fire to cover up the burglary in October. After the October fire, Pastor Frank Treme said the church had been rebuilt after the flooding during Hurricane Katrina in 2005, but the fire was even more devastating than Katrina. “It’s hard for everybody in our church,” Treme said in an Oct. 27 article. “This is devastating. It’s not bad enough they violated and burglarized parts of our building but why did they have to put a fire to it?” Treme said his … END_OF_DOCUMENT_TOKEN_TO_BE_REPLACED

By Todd Starnes, FoxNews.com The Star-Spangled Banner survived the rocket’s red glare and bombs bursting in air – only to face a modern-day threat – silly town ordinances and petty bureaucrats. I’m not sure if it’s an epidemic of anti-American nincompoopery sweeping across the fruited plain or if it’s a general lack of common sense. Maybe it’s both. I’ll let you be the judge of that. In Lexington, South Carolina Marine veteran Bob Michaelis was told to remove a patriotic display from his mattress company. Mr. Michaelis lined the front of his store with American flags – to honor our troops. “We got 10 flags up,” he told television station WIS. “I thought maybe it was about time we return the patriotism in America. There’s not enough of it. It seems to be lost.” But instead of congratulating Bob’s patriotism, the town fathers dispatched the law. He was informed that the flags violated an ordinance. “The town of Lexington says they got to come down because there’s an ordinance in place,” he said. The town administrator told WIS they did not issue Bob a citation nor did they tell him to take down the flags. So why did they dispatch the chief of police to visit Bob’s store? Did they need new bedding for the local jail? Town … END_OF_DOCUMENT_TOKEN_TO_BE_REPLACED

By Steve Horn ALEXANDRIA, La. - At the risk of sounding like the cartoon character, The Born Loser, I confess to you that I’ve had my share of losing. In four seasons as a high school football player for example, we won 6 of 40 games and 2 of those 6 were taken away for using an ineligible player. I’m not … END_OF_DOCUMENT_TOKEN_TO_BE_REPLACED

By Steve Horn ALEXANDRIA, La. - At the risk of sounding like the cartoon character, The Born Loser, I confess to you that I’ve had my share of losing. In four seasons as a high school football player for example, we won 6 of 40 games and 2 of those 6 were taken away for using an ineligible player. I’m not … END_OF_DOCUMENT_TOKEN_TO_BE_REPLACED