By Gary D. Myers, NOBTS Communications The Tel Gezer Water System Expedition welcomed the second week of the 2016 today. It was a beautiful, somewhat cool day – another great day to dig. Due to our travels, lectures and other commitments (the need for sleep), we weren’t able to publish an update last Thursday or post a week one video update Dan Warner, co-director of the NOBTS Gezer dig. So, I will attempt to get you up to date with our progress and Sarah Simon has edited and posted the update. The Water System – Field A-B When Thursday came to an end, the team in the water system had cleared the width of the tunnel just below what we are calling the “bottom step.” For several years the south half of this area has been cleared. However, we left the northern half (actually a little more than half) as a staging area for the bag removal process. This year removing that mass of dirt, pottery, rocks and debris was a top priority. Since the area was sealed under the causeway of stones laid over the pool area by Macalister in the early 1900s, the material may be helpful in establishing the date of the system’s construction. Removing the material necessitated a reworking of the wooden ramp used as a track for pulling up the bags of … END_OF_DOCUMENT_TOKEN_TO_BE_REPLACED 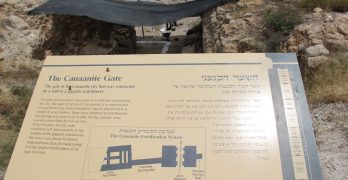 By Gary D. Myers, NOBTS Communications Today we reached full operational capacity at all three of our excavation areas. We are actively excavating in the water system (Fields A and B), in the buildings near the gate (Field C), and at the Canaanite gate (Field D). Exciting things are happening at each of the locations. Though today ended on a high note, it started very slow. One of our drivers (this blogger) lost the keys to one of our vans. Quickly we figured out that the keys were lost while I was blogging in the lobby at Neve Shalom. The only problem is the lobby does not open until 7 a.m. So instead of leaving at 6 a.m., one group did not get to leave until after 7 a.m. The slow start was accentuated by rain, of all things. I have spent many days in Israel and can remember a light rain only a few times. Three or four times there were significant showers. Between rain showers, the teams took starting measurements at the above ground fields and completed the water system sandbagging of the water system before lunch. After our lunch break, each area was able to begin excavating. The water system team removed 19 bags of material. The water system and the two other fields generated enough pottery for us to start our daily task … END_OF_DOCUMENT_TOKEN_TO_BE_REPLACED 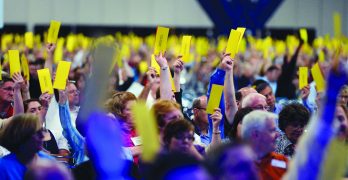 By Message Staff Louisiana could see its highest Southern Baptist Convention Annual Meeting messenger count since 2013 if pre-registration numbers continue to rise. Through Wednesday afternoon, 208 messengers from Louisiana had pre-registered, according to SBC Vice President for Convention Finance William E. Townes Jr. Though an official number won’t be known until the actual annual meeting in St. Louis, Mo., ends on June 15, the 2015 SBC Annual reported that 175 messengers from Louisiana registered for last year’s meeting in Columbus, Ohio. The 2013 annual meeting in Houston, Texas, saw 383 messengers register from Louisiana. The pre-registration numbers for the annual meeting mirror a trend across the SBC, Baptist Press reported on Wednesday. Just under 5,000 have pre-registered so far. Townes told BP that he projects 6,000-7,000 messengers in St. Louis and 10,000-11,000 total attendees. Last year, 5,407 messengers attended the meeting in Columbus. Townes told BP in written comments his projection “is just an educated estimate at this point. Based on my best estimate at this point, I would suggest that the hotel reservations are a pretty good indicator of our anticipated increase in attendance. I think the pre-registered … END_OF_DOCUMENT_TOKEN_TO_BE_REPLACED 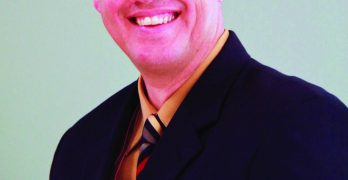 James B. Law, pastor of First Baptist Church Gonzales, will be nominating Paul Smith to serve as Vice President of Southern Baptist Convention Pastor’s Conference. Paul Smith has been pastor of First Baptist Church, Chandler, Ariz., since 2003. In addition to his pastoral responsibilities, he serves as a Hebrew and Old Testament Professor at Golden Gate Baptist Theological Seminary – Arizona Campus.  Originally from Arkansas he attended New Orleans Baptist Seminary where he earned his M.Div. and Ph.D. In his leadership as pastor of FBC Chandler, the church is consistently in the top five in the state of Arizona in baptisms and cooperative program and missions giving. In his thirteen year tenure, the church has grown from 100 meeting in a high school to almost 600 in their own building. They are about to construct more space debt free. He has been married to his wife Jerri for over 30 years, and they have four children and two grandchildren. Having known Paul Smith for nearly 30 years, I believe he would make a strong contribution to the leadership and planning of the Southern Baptist Convention Pastor’s Conference 2017, and for that reason, I plan to nominate him for Vice President of the Pastor’s Conference in St. Louis in … END_OF_DOCUMENT_TOKEN_TO_BE_REPLACED 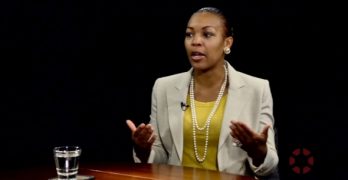 By Gregory Tomlin, Christian Examiner ATLANTA (Christian Examiner) – The interim director of the American Civil Liberties Union of Georgia has resigned amid the organization's push back against North Carolina's so-called "bathroom law" (HB 2), which prohibits those born biologically male from using multi-occupancy female restrooms and vice versa. The ACLU is suing North Carolina's governor in federal court in Carcano v. McCrory, which alleges the law prohibiting transgender access to multi-occupancy restrooms in government is a form of "insidious discrimination." To read the rest of the story, click here. … END_OF_DOCUMENT_TOKEN_TO_BE_REPLACED 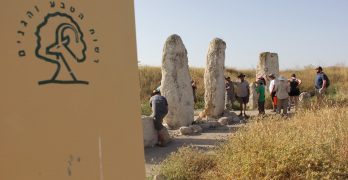 By Gary D Myers, NOBTS communications Setup days are always tough. It’s hot, dirty and we are all a bit out of physical shape when the excavation begins. We round up the tools and equipment, set up camp, raise shade cloth, make an unreasonable amount of sandbags, and a thousand other tasks. It takes lots of time and it is some of the hardest work we do during the excavation. Day two at the Tel Gezer Water System Exploration brought much cooler temperatures and more setup at all of our major work areas. In the water system (Fields A and B), the team repaired and installed the wooden stairs which allow access to the tunnel. Others began the long process of placing sandbags over the ancient steps – 85 steps total, each requiring two to four sandbags. Once setup is complete, the team will begin clearing out the NW quadrant of the pool (Area A). Removing this will expose the full width of the pool area at its shallowest point. Just as the team began laying the sandbags, we encountered the first real problem of the season. The switch used to control the winch shorted out and, for a time, we were unable lower additional sandbags into the tunnel. This minor setback was repaired within two to two and a half hours, but the lost time … END_OF_DOCUMENT_TOKEN_TO_BE_REPLACED

By Rebecca Holloway PINEVILLE, La. – For years, I have read and heard the statement, “We need to hold life/our family/our possessions with an open hand.” The idea is that we are not in control of our lives or anything else on this planet. God is in complete control of all things and has the power and right to … END_OF_DOCUMENT_TOKEN_TO_BE_REPLACED

By Rebecca Holloway PINEVILLE, La. – For years, I have read and heard the statement, “We need to hold life/our family/our possessions with an open hand.” The idea is that we are not in control of our lives or anything else on this planet. God is in complete control of all things and has the power and right to … END_OF_DOCUMENT_TOKEN_TO_BE_REPLACED