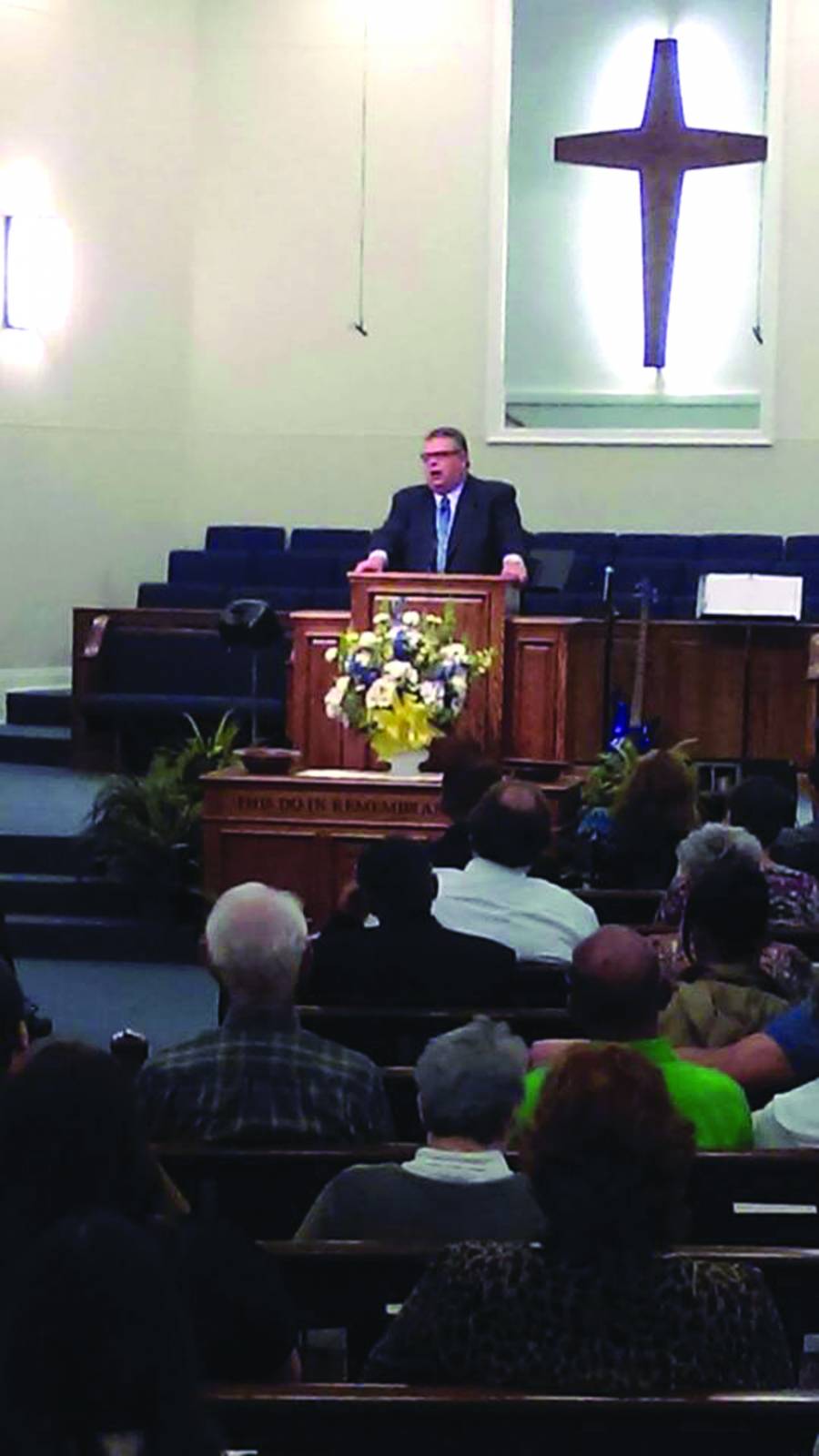 MORGAN CITY – For 20 years, Bobby Powell invited his neighbor to attend worship services at Bayou Vista Baptist Church, only for that neighbor to turn down his invitation year after year.

Still, Powell never gave up hope and continued his prayers and invitations.

Recently, those 20 years of faithful outreach produced a harvest when Powell’s neighbor walked into a revival service at Bayou Vista Baptist Church and after the message asked Jesus for forgiveness and committed his life to following Him.

Two nights later, the neighbor’s son walked into the church, repented and gave his life to Christ as well.

“I have experienced answered prayers many times in my life, but never one that spanned over 20 years. We just have to wait on the Lord for His timing,” he said. “That story is just one of many happening at Bayou Vista Baptist Church these days.”

Pastor Steven Kelly believes this south Louisiana congregation he pastors is on the edge of something great about to happen.

“I have seen a positive change in where we are headed as a church,” said Kelly, who also serves as director of missions for the Gulf Coast Baptist Association. “Since the beginning of the year, we’ve had the best finances we had since I came here as pastor and our attendance is moving up slowly. We’ve always been a healthy church but what happened in February has helped bring us to another level spiritually as a congregation.”

At the heart of the spiritual change of Bayou Vista Baptist Church is prayer.

During February, the congregation gathered for Ten Days of Prayer, focusing on Psalm 139:23-24, “Search me, God, and know my heart; test me and know my anxious thoughts. See if there is any offensive way in me, and lead me in the way everlasting.”

Each night the congregation sent the first 10 minutes searching their hearts before God, before moving to the focus of prayer for that evening, which included the youth, children, each Sunday school class by name and the lost.

The congregation averages 180 in worship services on Sunday, and most nights about 30 people attended, although on a Sunday evening 90 people came.

During that service, Kelly focused on 2 Chronicles 7:14 and preached on five areas for which he offered opportunities for individuals to respond as the Holy Spirit touched their hearts.

Around 20 people came forward to repent and another 30 responded when Kelly offered the chance for them to simply humble themselves before God.

Two youth group members were among those who gave their lives to Jesus that night – including Karen Breaux’s son. Breaux is one of the high school department Sunday school teachers and she said the decisions by the youth were part of a larger movement of God at Bayou Vista Baptist Church.

“Every night got better and better as it went along,” Breaux said. “We have many other youth in our church who are on the cusp of making a decision and are asking lots of questions. By the end of the Ten Days of Prayer, our church was closer together and was shown the importance of putting the Lord first in everything we do.”

The Ten Days of Prayer preceded a four-day revival later in February featuring nightly messages by Bill Britt. By the end of the revival, 25 people had made some form of spiritual decision, including some repenting for restoration and others finally deciding to follow through in obedience to be baptized.

The revival ended in early March, but the congregation’s desire to grow closer to God has not stopped.

While the church has never experienced major internal strife, Kelly said God has used the Ten Days of Prayer and the revival as catalysts to bring the church closer together.

“There’s a positive movement happening here,” Kelly said. “We’ve always been a healthy church with no conflict or splits, but every church could use spiritual revitalization. Our core’s sensitivity to spiritual matters has grown even stronger.”

Kelly encourages all churches to have similar prayer gatherings, but says to start on a smaller scale, such as the five-day prayer event Bayou Vista Baptist Church held in early November.

He adds that churches should not expect instant results but must be patient in waiting on God in His timing.

“What we have to understand with prayer is far too often we want to see instantaneous results,” Kelly said. “Zechariah prayed decades for a son and may have stopped praying for that when his wife got past child bearing age. So let’s be persistent and remember God moves in his timing.

“If every church in Louisiana could have a series of prayer meetings over a season and get 10 percent of their church to show up to deal with spiritual issues, we would change this state,” Kelly said. “We just need to get together as a body before God and seek Him through prayer.”

By Joe McKeever Freely you have received; freely give. (Matthew 10:8) JACKSON, Miss. (BP) -- Dr. Watson was complimenting Sherlock Holmes on a brilliant observation no one else had noticed. "Of course," Holmes remarked. "It's what I do." Forgiveness and grace -- that's what we believers do. Here is … END_OF_DOCUMENT_TOKEN_TO_BE_REPLACED