Volunteers from Peniel Baptist Church in Calcasieu and the community shift through the debris of Mike Smith's trailer after an EF1 tornado destroyed it on Dec. 21.

CALCASIEU – Pastor Courtland Stokes and his wife believe they may have witnessed a “Christmas miracle’ Dec. 21 after a brush with an EF1 tornado.

The couple had just finished watching the 5 o’clock news and thought the severe weather watch had passed without incident when limbs started to hit the house. They scrambled into their bathroom and shut the door.

“We hadn’t been in there but a moment when we heard the wind,” said Stokes, who is pastor of Peniel Baptist Church in Calcasieu. “It sounded like a lot of people screaming at the same time in the same pitch. It was very loud. The next thing we knew we felt something slam into the house and then it was gone.

“We stepped out of the house,” he said. “Our carport, a small shed and some metal posts buried two to three feet in the ground in concrete were gone. The storm had just ripped them out of the ground. Our car was also under that carport but amazingly it did not have a scratch on it.”

The same could not be said for 54-year-old Mike Smith, who is a member of Peniel Baptist, or his trailer which rested a short distance from the parsonage.

“As we were surveying the damage to our carport, we looked out and saw Mike’s trailer,” said Stokes. “It was smashed to pieces and a big tree had fallen on it. I don’t know if having a tree fall on a trailer is a good thing but I believe it prevented from being blown any further than what it was (75 feet from its foundation).”

Smith’s trailer, a FEMA trailer, was purchased by several members of the church seven years ago and had been set up close to the church.

“We rushed over and found Mike pinned under a part of his trailer,” Stokes continued. “He had busted the back of his head and we rushed him to Rapides Regional Medical Center.”

Smith remains in ICU under observation in fair condition.

“I believe it is just a precaution,” said Stokes, who visits Smith daily. “They are not telling me a whole lot but he did have some numbness in his leg. They don’t want him to fall and hit his head again so they are not letting him out of bed.”

While Smith recovers in the hospital, members of the church have searched the rubble to salvage what they could and are gathering up clothes and other items for him once he is released.

“It has truly been a blessing to see so many from our church and from our community come together in our time of need,” said Stokes. “The Lord was definitely watching out for us. As we began to assess, you can see His hand and the protection he provided here.”

Stokes said the path of the tornado was on a course that would have taken it past the church and the parsonage on a parallel course through a heavily wooded area. However, it skipped over its path and headed straight for them.

Shortly after its close call with the church and parsonage, the tornado inexplicably skipped back onto its path and continued on its way before lifting back up into the sky.

In its wake, lay a number of snapped pine trees, uprooted four or five large oak trees, limbs, debris and one smashed trailer.

“God was definitely watching out for all of us. I expect there is an angel up in heaven having a bad hair day because he was holding everything down for us here,” said Stokes. “One day when I go to Glory I hope to meet up with him and thank him personally.”

The first tornado, an EF1, developed shortly after 5 p.m. three miles north of Union Hill, which is located in southwestern Rapides Parish, before moving northeast toward Calcasieu where it caused extensive damage.

The second tornado, which was also an EF1, touched down 5 miles from Woodworth close to Hwy 71 and moved north to within a mile of Louisiana State University Alexandria at 6:38 p.m. uprooting several trees and causing minor damage to mobile homes

Stokes is also thanking God for the tremendous response from everyone.

“It has been awesome the way people have responded. It has been a huge blessing to see how people have come together in our time of need,” he said. “It hasn’t just been church people but also people in the community.

“They have just shown up with saws and worked an entire day cutting up the trees, removing the limbs, cleaning up the damage,” said Stokes. “The roof to the parsonage and church had a few shingles ripped off of it and we’ve got a tarp on it. It reminds me how communities used to come together to help someone in need.”

Forest Hill resident and Peniel Baptist Church member Garrett Hunt in an interview with KALB TV said, “We don’t mind lending a hand to help each other out. Half of the people who showed up here do not even come to this church, but we’re a community that does love to help.”

It is also a church and community left thanking God what they lost in the storm can be replaced.

“The adjuster from Galloway Insurance has already been out and everyone at the insurance company has been more than helpful,” said Stokes. “We have so much to be thankful for.  Trees can be cut down, cut up and used for something, but you know people’s lives are too precious.”

“The Lord doesn’t make mistakes. This tornado didn’t just slip up on Him. He knew this was going to happen even before it did,” said Stokes. “God is definitely at work here and I just ask everyone to lift us up in prayer so His will can be accomplished through all of this.” 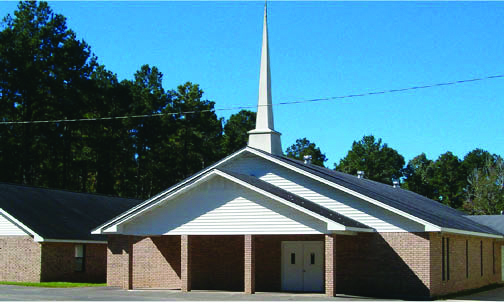 Peniel Baptist Church in Calcasieu was grazed by an EF1 tornado on Dec. 1 suffering minor moderate to minor damage. 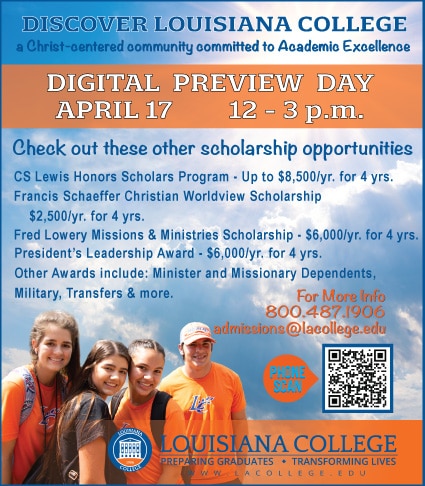