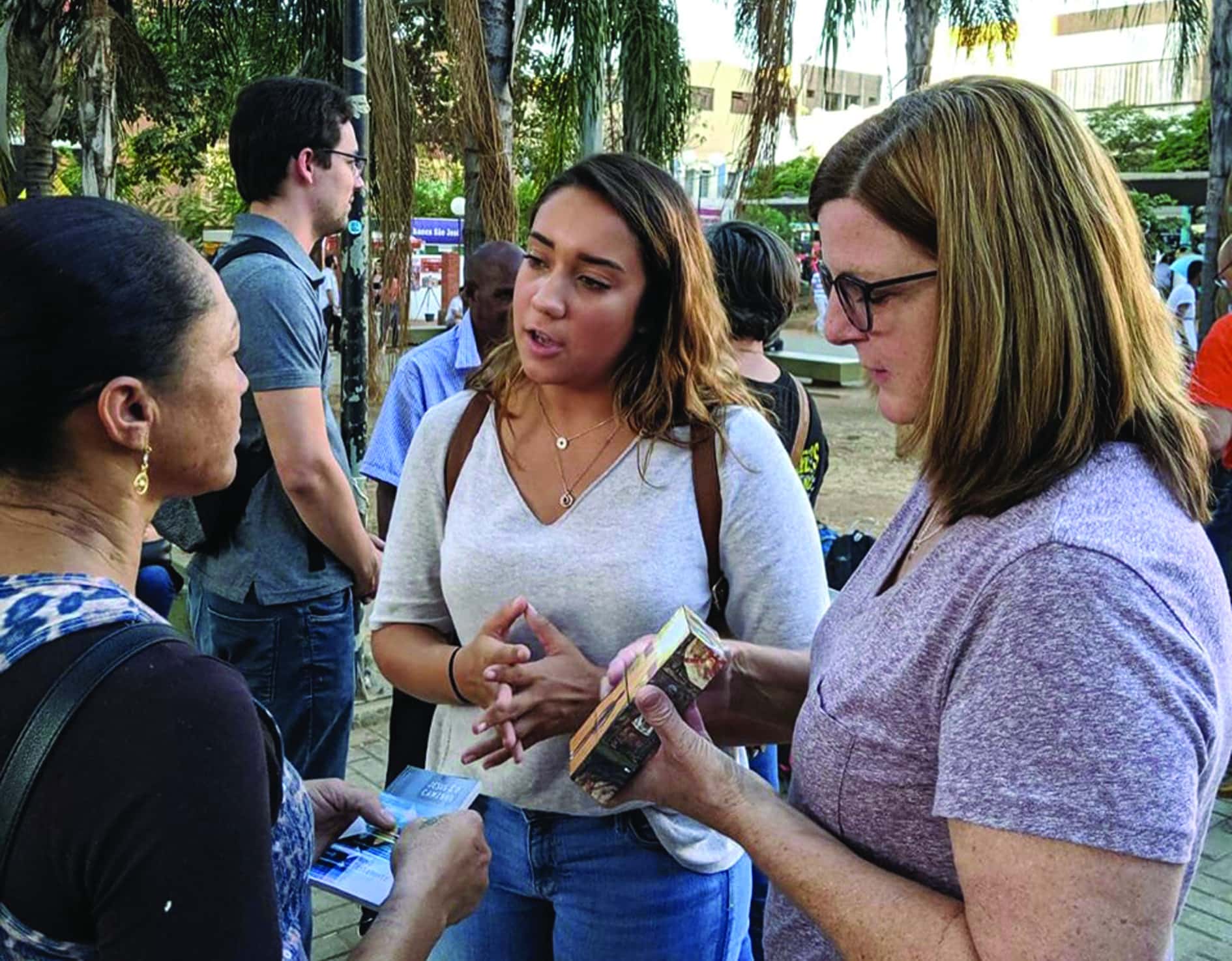 A team member, assisted by a translator, shared the Gospel with a Brazilian during a mission trip in July. Submitted photo

Jenkins, who previously led 34 mission trips to Brazil, took his final mission trip to that country in July 2018 before his death Nov. 13 after a lengthy battle with cancer. His son-in-law, David Denton, said Jenkins’ love for the Brazilian people was felt by the team members who participated in the trip, July 5-16, in Montes Carlos, Brazil.

“It was an emotional trip, in some aspects, but God was gracious and the trip went smoothly,” said Denton, pastor of Highland Baptist Church in New Iberia and coordinator of the trip. “We miss Mr. Wayne.  But he and (his wife) Mrs. Martha loved the Brazilian people and were instrumental in helping people catch a vision for partnership missions. Mrs. Martha continues to be an important part of the work there. Beyond the Walls remains focused on the same objective of sharing the life transforming message of God’s grace in Christ.”

The Louisiana Baptist-led mission team partnered with Beyond the Walls – a Louisiana-based ministry that, according to its Facebook page, equips and enables groups to travel overseas for the purpose of serving others – and saw 1,835 Brazilians turn to Christ during the annual evangelism outreach.

John Galey, pastor of Poydras Baptist Church in Saint Bernard, shared the Gospel in homes throughout Montes Carlos. During one in-home visit, Galey encountered a man who believed he was destined for Hell because of a personal habit.

“His friend had planted Gospel seeds into his life for a long time and had prayed that someone would come along and lead him to Christ,” Galey recalled. “When I asked the man if he was going to Heaven, he told me ‘no’ because he was a smoker. I then replied that while I would never encourage anyone to smoke, it is ‘not believing in Christ’ that is the reason for going to Hell. I then led him through a prayer to accept the Lord.” 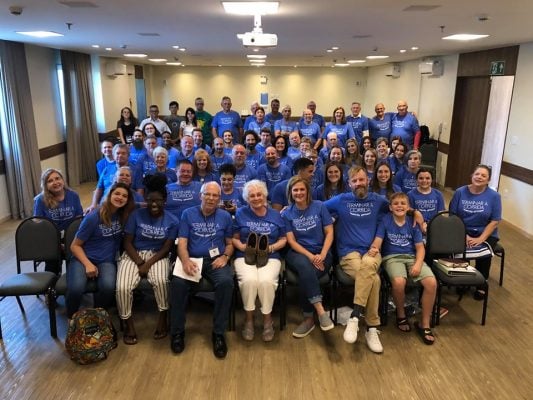 A team of 56 people shared the Gospel in Brazil July 5-16. Submitted photo

Craig Beeman, pastor of the First Baptist Church in Winnsboro, was moved to tears after preaching at the service to dedicate a new worship center at the First Baptist Church at St. John of the Bridge, a facility the construction team built in less than five days. When Beeman issued an invitation to accept Christ, four people came forward to repent of their sins and put their trust in Jesus.

“Truly this year, we were continuing the work God led Brother Wayne Jenkins to begin,” Beeman said. “By the end of the week, our construction crew, along with some Brazilian nationals, built a brand new building with a tin roof that sat on the top of a hill in view of a large portion of the town. A permanent worship building was constructed that week for a loving congregation that is about the business of Kingdom work.

“I shall never forget the emotion of the dedication service,” he continued. “The people were so thankful. Eagles for Christ, a Christian motorcycle club, even showed up from two hours away in Montes Claros to help celebrate.

“There is absolutely nothing like seeing people choose to follow Christ,” he said. “I pray that each of us, as children of God, will not give up on sharing the good news. It truly changes lives.”